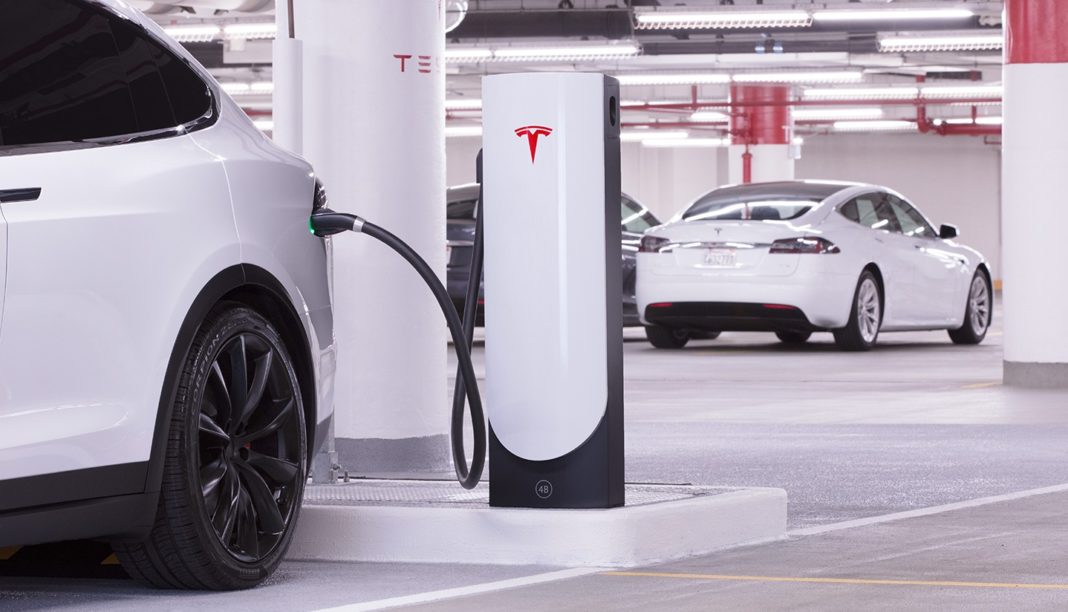 Tesla CEO Elon Musk announced via Twitter last week that the company will double global supercharger capacity by the end of 2019.

Tesla Supercharger capacity will double by end of next year. Expect to be within range of 95% to 100% of population in all active markets.

Tesla already has 1,375 Supercharger Stations spread across North America, Asia, Europe, and the Middle East, racing from 100 Superchargers in April 2014 to more than 5,000 superchargers by the end of 2016. Tesla has already doubled that number and now wants to double it again in 2019.

Why so fast and furious Tesla?

Tesla’s supercharger network is so crucial to the company’s regional success that it has already become the limiting factor to their global expansion. Tesla now operates in nearly thirty countries while leaving out large auto markets in South America, Africa, and Asia where the company has no charging infrastructure.

Hopefully, partial presence in India, Africa & South America end of next year, with broader expansion in 2020

Tesla has invested heavily to build its supercharger network and the company continues to spend more to increase the reach and capacity of the network. This is one expense item that will continue to grow along with Tesla’s global sales volume.

Supercharging Stations are Expensive to build

According to a report from UBS, Tesla may have to invest up to $8 billion in the United States if the company wants to “achieve similar coverage to gas stations”.

“Analyst Colin Langan said geospatial imaging of the United States suggests Tesla will have to add about 30,000 new chargers to compete with the network of gas stations across the country, at an estimated cost of $250,000 per station.”

But Tesla has no reason to match the geographical spread of fuel stations because you cannot refill gas at your home, but you can charge your car at your home – even when you are sleeping.

For gas car owners, fuel stations are a must visit, but for electric car owners superchargers are a must have on long road trips. Unless you are traveling, you don’t need a supercharger. But the same cannot be said for fossil fuel powered cars.

It is not uncommon to see Tesla owners queuing up at a supercharger station waiting for their turn to charge their car. To avoid overcrowding, Tesla introduced idle fees in December 2016, to encourage car owners to move their cars after charging.

“The Tesla app allows owners to remotely monitor their vehicle, alerting them when their charge is nearly complete and again once fully charged. For every additional minute a car remains connected to the Supercharger, it will incur an idle fee.

If the car is moved within 5 minutes, the fee is waived. Idle fees apply when a Supercharger station is at least 50% full, and double when the station is 100% full. To be clear, this is purely about increasing customer happiness and we hope to never make any money from it.” – Tesla

Check pricing for all countries

It’s not unusual to see queues like the ones below, especially during holidays.

The queues will only get longer and longer as Tesla keeps raking in the sales numbers. Tesla sold 103k vehicles in 2017, will deliver twice that number of units in 2018.

Tesla already has nearly half a million cars on road. By the end of 2019, they will be approaching a million units. 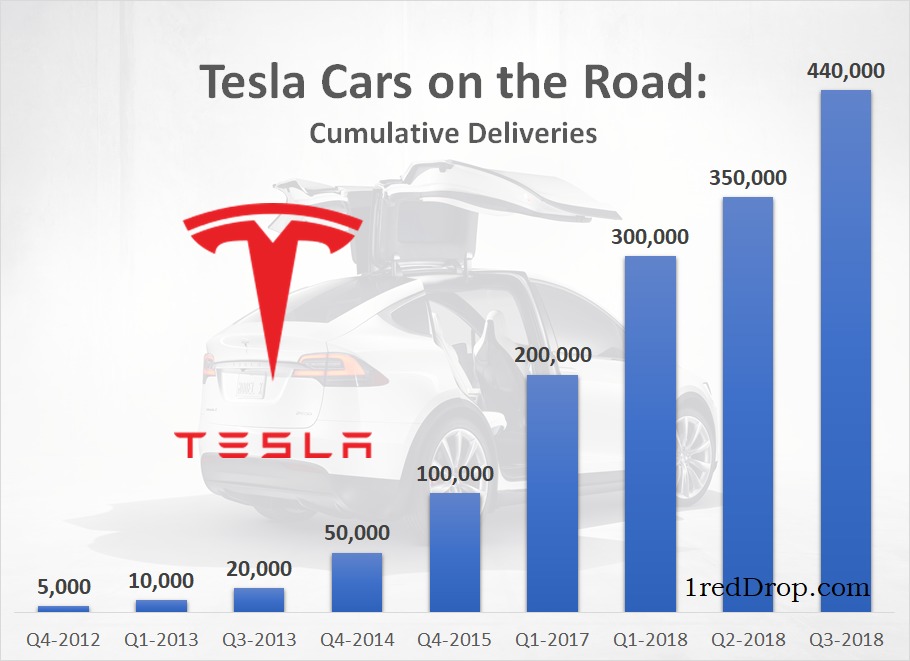 And we are only talking about Model S, Model X and Model 3. If the company goes ahead with its plan to launch a Pickup truck and compact SUV Model Y, the number of Teslas on the road will continue to increase at an alarming rate.

So, it’s not a massive surprise that Tesla CEO Elon Musk announced this month that the company wants to double supercharger capacity by the end of 2019. He could have said that the company will keep doubling its capacity as quickly as it can. As of now, that rate seems to be at 18 months and yes, it’s going to cost in the millions.

Tesla is committed to ensuring that Supercharger will never be a profit center.

Tesla does not want to turn superchargers into profit centers but the company recently stopped offering lifetime free charging for Tesla owners and increased supercharging rates across the United States.

A look at the following graph will reveal that Tesla’s supercharging rate is a little higher than the average residential electricity rate per kWh.  Tesla may not be raking in the moolah from superchargers, but the company is doing whatever it can to cover its supercharger operating costs and earn a little bit more. 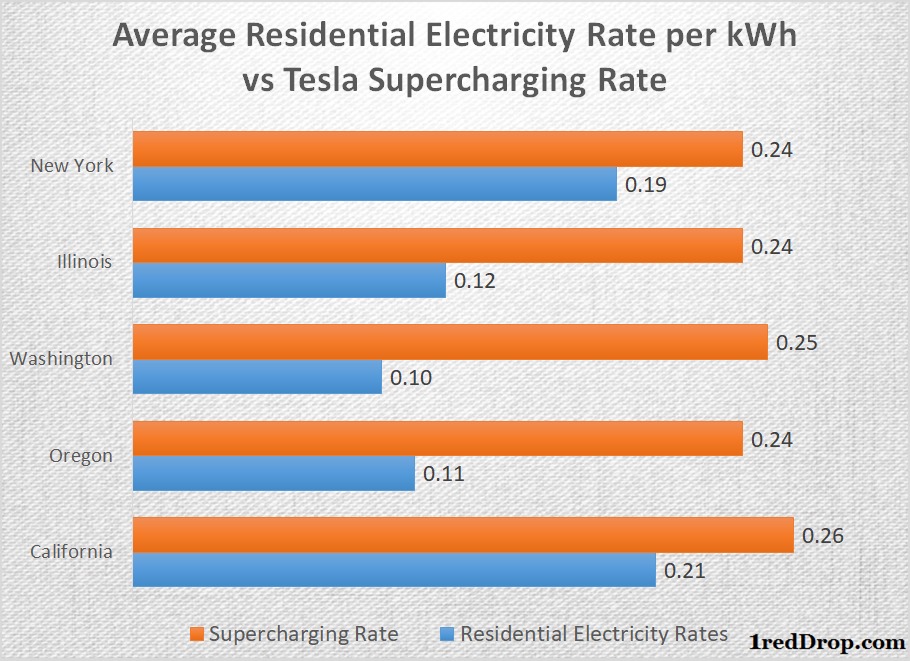 Tesla does not want to turn superchargers into profit centers but nothing is going to stop them from recovering their investment cost and use charging revenue to build more superchargers.

Use your Moat to strengthen your Moat

Once the supercharger network reaches the critical size, Tesla can use charging revenue from superchargers to construct more supercharging stations. If the company keeps doubling network capacity every 18 months, that critical point is not going to be far away from its reach.

All Superchargers are being converted to solar/battery power. Over time, almost all will disconnect from the electricity grid. – Elon Musk, Jun 9, 2017

Whenever Tesla starts generating large amounts of solar power at its supercharger stations, the company can add to its revenue by supplying excess power to the grid.

It’s a long road and Tesla may have to invest billions of dollars to increase supercharger capacity.

As shown in this article, the upfront costs are indeed massive but there is very little chance that supercharger expansion will continue to hurt Tesla’s cash flow forever. It will hurt for some time, but once the network scales – Tesla will start making money on superchargers.

If Tesla wants to keep them as not for profit, they can just take the profits and invest them back into the supercharger network.

Tesla supercharger network is delivering about 55 000 000 Watts of energy. from r/teslamotors

“The total amount of energy dispensed by Tesla Superchargers since 2012 recently exceed 400 GWh, which could provide juice for nearly 1.4 billion miles (2.25 billion km). The info about network usage comes from the dashboard at the Tesla HQ. The counter showed 405.6 GWh and the pace of increase suggests that power output exceeded 55 MW when recorded.” – Insideevs