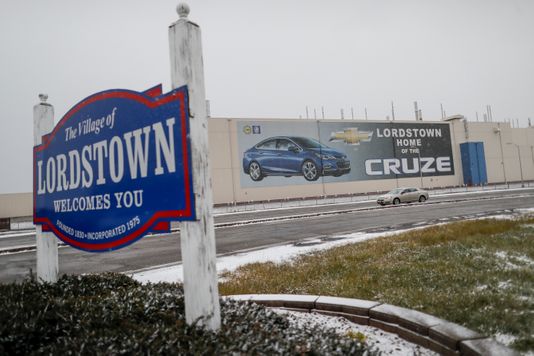 As General Motors decides to cut back on production capacity in the United States by idling up to 5 plants across the country, Tesla Inc. CEO Elon Musk has indicated that his company might be interested in taking over some of those assets.

“It’s possible that we would be interested. If they were going to sell a plant or not use it that we would take it over,” Musk said about the plants on this Sunday’s 60 Minutes.

Late last month Goldman Sachs analysts said that it could be a positive move for Tesla, which is actively looking at capacity increases as it plans out its global rollout of the Tesla Model 3.

As was the case with the Fremont factory that Tesla took over from Toyota, any new plant acquisition might be limited to the premises alone, not the equipment. That’ll keep their costs down considerably because, like the NUMMI plant, GM’s to-be-idled plants across North America would have the infrastructure required for a manufacturing facility.

The retiring of the GM factories is well-timed. Tesla is already approaching annual production of 500,000 battery packs at its Gigafactory (GF 1) in Nevada, and the Fremont factory is expected to hit a similar capacity ceiling of 10,000 units per week early next year at the latest.

Any expansion in North America without breaking Tesla’s bank would necessarily involve taking over an operational facility and putting in new equipment rather than starting from scratch the way GF 1 did. That’s already cost Tesla about $6 billion – not an amount the company can afford to throw around right now.

As the company gears up to launch its pickup truck and the Model Y crossover EV, there’s no doubt that expansion is on the cards. It’s just a matter of whether one of the GM factories will be the target of that expansion.