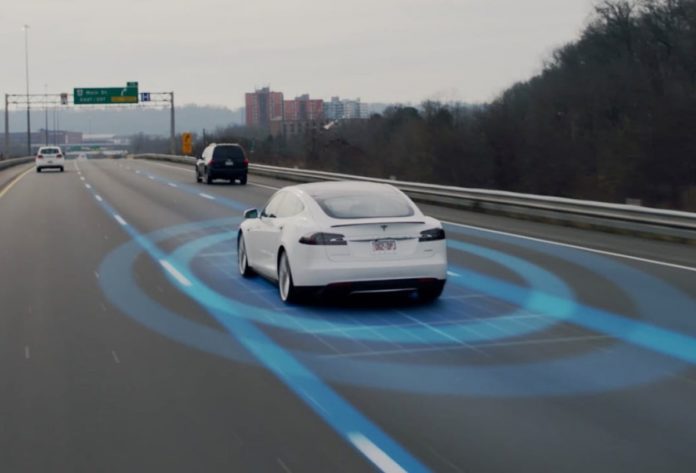 Elon Musk said today that Tesla is currently testing “traffic lights, stop signs & roundabouts,” a crucial next step in the evolution of Autopilot.

Tesla released “Navigate on Autopilot” for US customers on October 26th, 2018. At the time of the release, the company said Navigate was the most advanced Autopilot feature ever and it “guides a car from a highway’s on-ramp to off-ramp, including suggesting and making lane changes, navigating highway interchanges, and taking exits.”

Tesla is getting its software ready for the hardware

Tesla CEO Elon Musk announced in October that Tesla’s custom AI chip is six months away from being launched. According to Musk, the new chip will increase Tesla’s autonomous driving performance between 500% to 2000%.

self-driving option is required with the Tesla designed hardware 3 computer. This is a simple replacement for the NVidia but has over 10X the image processing ability. – Elon Musk

Similar to software companies that update their application on a regular basis, Tesla has always updated its software, Autopilot and the hardware as well. But the velocity of software updates picked up some pace in the last few months.

But the company held back Navigate on Autopilot and released it a few weeks later. Navigate was a massive improvement on AP’s capabilities as it allowed the car to change lanes and navigate highways

“Navigate on Autopilot is an active guidance feature for Enhanced Autopilot that, with driver supervision, guides a car from a highway’s on-ramp to off-ramp, including suggesting and making lane changes, navigating highway interchanges, and taking exits.”

Though we don’t know how long it will be before Tesla Autopilot starts reading traffic lights and stop signs, whenever the feature is released it will take Autopilot to the next level.

Upgrading Autopilot to read road signs, react to traffic lights and recognize roundabouts is a small step in the much larger scheme of full autonomy.

Tesla needs to prove in the real world that its self-driving tech is reliable under all circumstances. Tesla will require data-backed evidence to prove Autopilot performance.

Many tech experts have expressed doubts about Tesla’s decision to not use LiDar, a laser-based remote sensing tech that’s used by every self-driving tech company. Early on into development, Tesla decided that it will not use LiDar,  but rely on vision to navigate cars autonomously.

Waymo, considered to be the leader in self-driving tech uses three different types of Lidar to identify its surroundings.

“While driving-assist camera systems used in cars are quickly becoming popular, they have a few critical limitations. Similar to the human eye, cameras have a hard time seeing in difficult lighting conditions,” said Waymo CEO John Krafcik in his keynote address at NAIAS’s inaugural Automobili-D conference in Detroit.

While Waymo relies heavily on Lidar, Tesla relies heavily on its cameras. Lidar is expensive. It’s so expensive that you can buy a car or two for the price of Lidar. But it also offers plenty of advantages. Lidar uses laser light to identify its surroundings. Since Lidar is its source, it works well in the dark and during the day.

But Musk has steadfastly maintained that LiDar is way too expensive to be included in Tesla’s plans.  “In my view, it’s a crutch that will drive companies to a local maximum that they will find very hard to get out of,” Elon Musk said. He added, “Perhaps I am wrong, and I will look like a fool. But I am quite certain that I am not.”

Two companies, considered as technology leaders/innovators, with a contrasting approach to solving the same problem. Each one questioning the validity of the other. The only way to prove who is correct would be to prove their capability in the real world.

Real World Data: Who will get there first?

Self-driving car companies will have to pile billions of real-world miles before getting regulatory approval and more importantly, to earn customers trust.

Musk says that point will be reached after 6 billion miles. To gain
“worldwide regulatory approval”

This is one area where Tesla is many a mile ahead of its competition. Accumulating data.

Tesla is Accumulating Data at a fast clip

Tesla is already selling more than 5,000 cars every week and the company may double that count very soon.

Half a million cars covering an average of 30 miles per day is 15 million miles a day or 450 million miles a month. Real world miles, not . Tesla recently announced that its drivers have accumulated one billion miles with Autopilot.

Tesla may only need a year to clock 6 billion miles of autopilot data.  The more data it collects, the better equipped Tesla’s neural net will be, improving overall fleet’s performance.