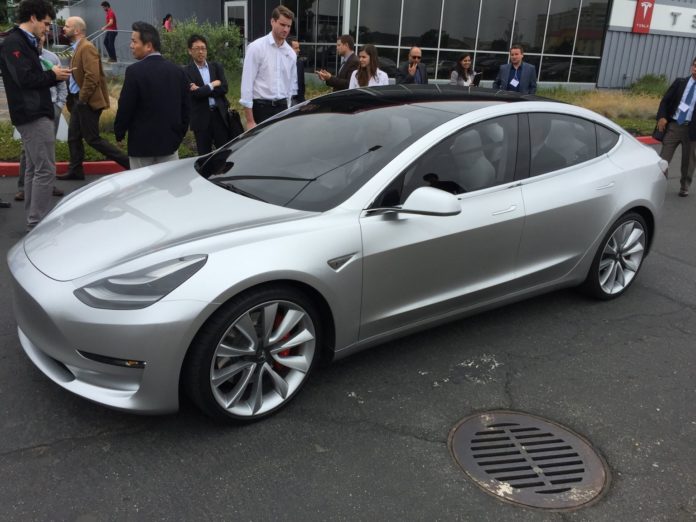 The original $35,000 Tesla Model 3 is going to be available in 5 to 6 months, but it’s just a guess. It is Tesla CEO Elon Musk’s prediction for the availability of the truly affordable mass market EV, but it could be a little more than wishful thinking.

This past Sunday on 60 Minutes, Musk admitted: “That’s just my guess” when talking about a 5 to timeline.

Considering his recent troubles with the SEC and the U.S. Department of Justice, it’s understandable that he would qualify his commitment to making the cheaper Model 3 available to the public with a statement that failing to meet the assumed deadline shouldn’t be construed as an attempt to mislead the public.

That is a distinct possibility, at least for the U.S. market. Once Tesla starts delivering Model 3 to Europe (orders are already being taken), their margins will be a little fatter, which could give them the leverage to start marketing the cheapest Model 3 yet, at least in their home turf.

But let’s flip this around and ask this question: what could prevent the $35,000 Model 3 from being made available by mid-2019? That’s probably easier to answer: profitability.

That would be the only deterrent to releasing the originally promised EV. As a matter of fact, Tesla could have released the cheaper Model 3 in May 2018, but Musk clearly said in a tweet that it would “cause Tesla to lose money & die.”

The 3 to 6 months timeline he indicated in that tweet was an educated guess, at best. The now-extended timeline is also a guess, and Musk clearly said that “just because I’m dumb at predicting dates doesn’t mean I’m untruthful.”

This autocritical admission of his inability to pinpoint a specific date or even month for the launch of a $35,000 Model 3 only goes to show that he is uncertain of the company’s financial position over the next six months. If he weren’t, we’d obviously have a firmer availability date.

That’s not likely to change over the current quarter (Q4), which ends on December 31, 2018. In its Q3 Investors’ Letter, Tesla clearly stated its outlook:

“We expect gross margin for Model 3 to remain stable in Q4 as manufacturing efficiencies and fixed cost absorption offset a slightly
lower trim mix and the negative impact of tariffs from Chinese sourced components. Gross margin for Model S and X will likely decline
slightly in Q4, as we expect that the sequential increase in tariffs in Q4 from Chinese sourced components will be only partially offset by
increased manufacturing cost efficiencies. For all three vehicles, additional tariffs in Q4 on parts sourced from China will impact our
gross profit negatively by roughly $50 million.”

With margins still tight and a firm commitment to remain profitable in Q4 and beyond, Tesla is not in a hurry to make another hasty promise that it can’t keep for sure. And, clearly, Musk agrees.