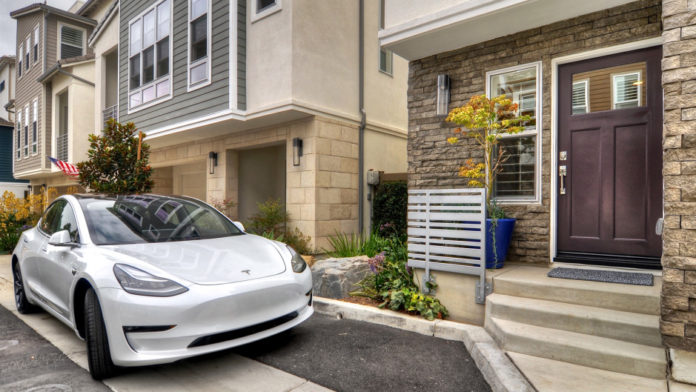 If there is one thing that I never really wrapped my head around, then it is this: the end of , end of the year push by automakers. Why throw all your well laid sales-boosting plans to the deep end of the year, when you can do it throughout.

But that’s how automakers work. For their defense, it allows them to hold on to their margins through the year, see where they are before the onset of the last 30 days, decide how much sales they need, and figure out how much discounts and effort needed to get there.

December tends to deliver the deepest discounts of the year, with buyers receiving an average 7.7% off MSRP, TrueCar.com finds—vs. 6.8% in January.

Even if their plans fail, automakers still have 11-month sales in their bag. It’s worth the risk. That’s why automakers around the world, including Tesla, do the little bit extra in December.

Tesla has already delivered 154,220 vehicles in the first three quarters of 2018, 49.69% more than what they delivered in the four quarters of 2017. Once we add Model 3 into the mix, Tesla’s fourth quarter could be the biggest ever by revenue and unit sales.

Tesla’s challenge comes in the form of Model S and Model X sales. Tesla delivered 28,320 Model S and X in the fourth quarter of 2017.

Though the company slashed its price by 12% to 16% in China, it will still be difficult for Tesla to match its Q4-2017 performance in China. Despite the recent price cut, the Model S and X cost a lot more than what they did twelve months ago.

With its second largest market appearing weak, Tesla needs a solid performance in North America and Europe to reach its guidance of 100,000 Model S and Model X unit sales for 2018.

Model 3: On the Rise

Tesla delivered 55,840 Model 3s in the third quarter of 2018 and the company said it expects deliveries to increase in the fourth quarter.

As of today, data from Bloomberg tracker shows the company has built 47,809 Model 3s in the fourth quarter. If Tesla manages to build more than 4,351 units every week from here, Tesla will easily cross third-quarter production figures and get closer to 60k units.

Tesla CEO Elon Musk said yesterday that customers can join a cancellation wait list for delivery this year. He also promised a full refund if Tesla didn’t deliver the car before January 1.

Tesla wants as many customers to place their order and take delivery this month. The electric car maker has already bought some trucking capacity and secured contracts to help support the company’s end of the year delivery push.

Where is the GAAP?

To make fourth quarter the best ever, Tesla has to deliver on its most important promise, GAAP Profits. If achieved, this will the first time in its history, the company posted profits two quarters in a row.

Tesla is not expecting a massive production ramp in the fourth quarter. They need to deliver ~28K Model S and X, the same as last year, to hit their 2018 guidance, and Bloomberg tracker shows Tesla is all set to slightly improve its Model 3 production in Q4-18, compared to Q3-18.

ramp is not going to cost Tesla a ton of money. As the odds of explosive expense growth in Q4-18 remains low, the odds of a profitable quarter increases.

David Einhorn, the founder of New York-based hedge fund Greenlight Capital, and a well known Tesla short, was correct. For Tesla to have a really bad fourth quarter, the demand for its vehicles must  flatline.

In his recent shareholder letter , Einhorn writes, “TSLA is expected to make and deliver more than 65,000 Model 3s in December quarter. It might be able to make them, but without an order there is very little chance that there is enough demand to sell them. We expect a large revenue and earnings disappointment in Q4.”

But so far, we haven’t seen any evidence of a demand slowdown, except for China.