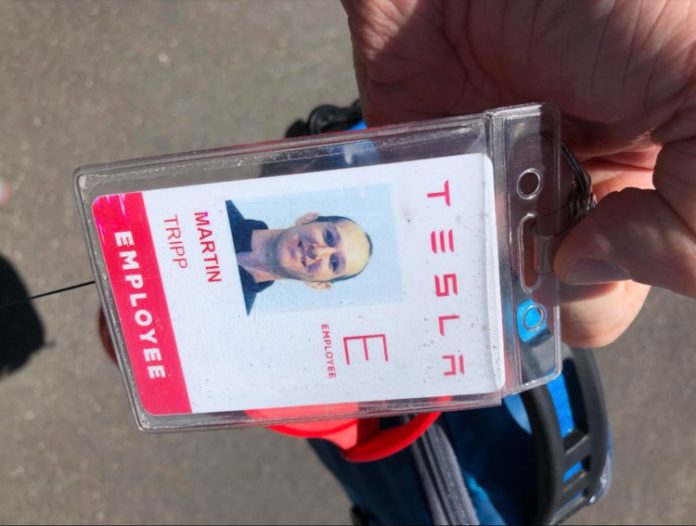 Tesla Inc. is suing former employee and wannabe whistleblower Martin Tripp for what his lawyer called an “absurd” amount of $167 million. Earlier this year, Tripp sought whistleblower status from the SEC after alleging scrap storage and other malpractices by Tesla at the Gigafactory in Nevada.

Tesla’s lawsuit was originally filed in June, and accuses Tripp of stealing data and lying to reporters, among other things. Recent filings have revealed the magnitude of damage claims.

Among the accusations Tripp made are the use of damaged Model 3 battery packs, which the company later denied doing. Tripp even tweeted photos of what he claimed were improper storage practices for scrap at the massive battery factory outside Reno, Nevada, also known as Gigafactory 1.

In companywide emails, Tripp was referred to by Musk as a “saboteur”, and the company itself made him out to be a disgruntled ex-employee.

With regard to the lawsuit against Tripp, his attorney Robert D. Mitchell said:

“The purported damage amount claimed by Tesla relates to supposed dips in Tesla’s stock price by virtue of the information Mr. Tripp provided to the press last summer.”

Tesla stock is currently trading near the $366 mark, just a stone’s throw away from its all-time high of nearly $388 achieved in August this year on the day Musk sent the infamous “funding secured” tweet to take Tesla private.

A lot of water has flowed under the bridge since then, and with a solid Q3 Earnings Report behind it and even higher expectations for Q4, Tesla stock could be on the verge of rocketing past its all-time high.

On a related note, Tesla recently appointed Dane Butswinkas as General Counsel. A seasoned trial lawyer with big client wins to his credit, Butswinkas seems to be the perfect man for the tumultuous legal waters facing the company.