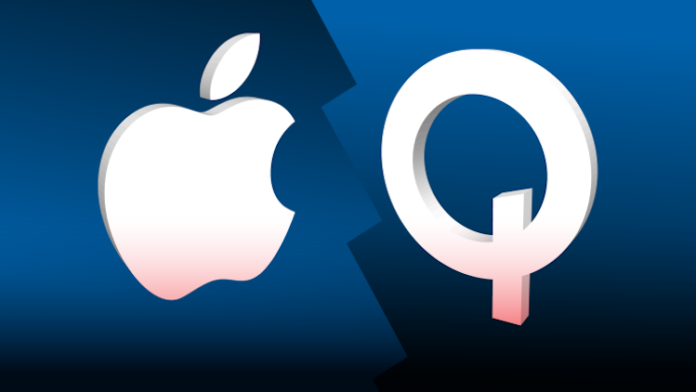 Despite Apple releasing iOS 12.1.2, the version that addresses sticking points in Qualcomm’s victorious lawsuit in China, the chip maker says that Apple “continues to flout the legal system by violating injunctions.”

This attempt to invoke the Chinese government’s ire against Apple’s violation of Qualcomm’s IP is another nail in the relationship coffin between the two former partners.

iOS 12.1.2 specifically addresses the points made in Qualcomm’s original complaint. This was confirmed to Reuters by Apple. However, the actual court decision is still unclear.

Earlier reports suggested that iPhone 6s through iPhone 8/8 Plus/X running the previous iOS 12.1.1 would be affected by the sales ban, but it now emerges that the order from the court “made no mention of operating systems and focused only on software features.”

“Despite Apple’s efforts to downplay the significance of the order and its claims of various ways it will address the infringement, Apple apparently continues to flout the legal system by violating the injunctions.

“Apple’s statements following the issuance of the preliminary injunction have been deliberate attempts to obfuscate and misdirect.”

This standoff is likely to continue as the two companies go back and forth about the letter of Chinese law. In the meantime, Apple has not yet stopped selling any iPhone model in China, and Qualcomm is taking an even more aggressive legal stance.

’tis not the season to be jolly?