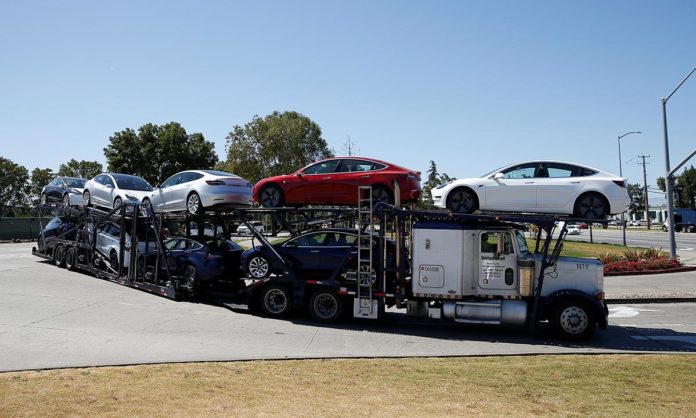 Believe it or not, Tesla and NIO are the only two stocks that are in the green since the start of 2018. Every other automaker, including Toyota, General Motors, Ford and Volkswagen are in the red.

Data collected from Finviz shows Tesla is up nearly 12% for the year and 18% for the quarter by yesterday’s close.

Ford lost 31% of its valuation since the start of the year, GM by 15% and Volkswagen by 13%. Nearly every major automaker listed in the US exchanges are looking at a deep red 2018, except for two companies, Tesla and Chinese Electric Vehicle startup NIO.

Are the investors making a bet on automakers who are building electric vehicles over traditional automakers? How else will you explain the following table?

Musk has done everything this year to make life a roller-coaster hell for long-term investors. But despite the distractions, the Team Tesla pulled on, cranking up volume through the year.

If Tesla manages to incrementally ramp from here through 2019, building on average 10,000 units per week, it will take the company past half a million units in 12 months. That’s five times the number of vehicles the company manufactured in 2017.

A five-fold jump in two years.

That’s why despite all the distractions provided by its CEO Elon Musk, investors have voted in favor of Tesla by boosting the stock price by nearly 18% in the last three months.

At $61.65 billion, Tesla is valued a lot more than General Motors and Ford and the difference could gain steam if Tesla keeps increasing its production capacity.

Tesla also has a huge benefit if the stock price stays above $360, as it will allow the company to convert its $920 million debt into equity. The company has already told bondholders that it will pay 50% cash and 50% stock, but to even do that the stock price needs to stay above $359.

As long as Tesla keeps a check on self-inflicted damages, the odds of Tesla stock holding its current ground is high because between now and March 1,2019, when the debt is due, there are two major financial releases: Vehicle production and delivery stats in the first week of January and fourth quarter earnings release.

Tesla has been pulling every lever possible to increase demand and boost sales in the fourth quarter. Bloomberg tracker is estimating Tesla to have built nearly 49,000 Model3s in the current quarter. If their current projection of +4,000 units holds, Tesla should have no problem in beating its 3rdquarter production record of 53.2k units.

As of now, Tesla is looking good to finish 2018 on a valuation high because there is no financial news that will hit the market between now and the end of the year.

An excellent fourth quarter result will only be possible if Tesla delivers enough cars in the quarter.  The more it sells, the better the company will be placed, allowing the company to pay off its $920 million debt in a way it wants to.

Not bad, isn’t it. Unless you were short Tesla at the start of the year.