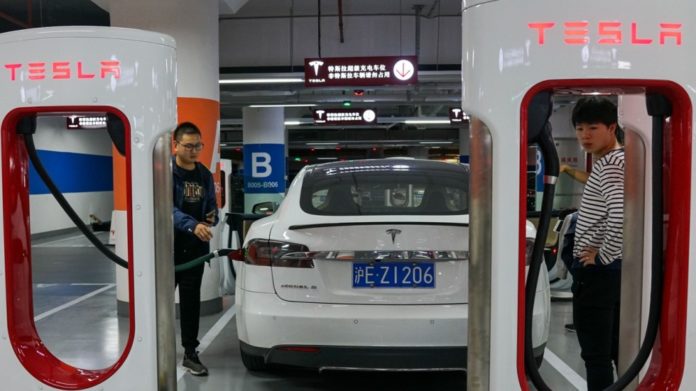 Tesla has updated its Model 3 pricing for China and the dual motor editions which are expected to be available in late Q1 or early Q2-2019 are priced at unbelievable rates.

The pricing clearly shows that Tesla has found some way to get rid of or minimize the impact of 15% duty that’s slapped on cars imported into the country.

Tesla has priced Performance Model 3 a full $26,000 less than Model S starting price in China and just $3,000 more than what it costs in the United States before savings.

The Model S costs so much in China, because on top of the import duty, there is 17% VAT and then there is an estimated $3,600 shipping charge per car.

In 2014, Tesla gave us a detailed breakdown of S pricing in China.

For Chinese customers, the price of the Model S with the premium 85 kWh battery pack is 734k CNY.

There are only two ways this could have happened. Either Tesla has got the duty waived/reduced on Model 3 and or the company has got some form of EV incentive to help slash Model 3 cost.

China recently announced that it will cut tariffs on ” US-made cars to 15%, the same tax levied on car imports from other countries”.

The recent announcement to roll back tariff would have certainly helped Tesla to reduce Model 3 price, but at 15%, it’s a significant number because we still need to add VAT and shipping charges.

The current listed price in China

What will be the impact of Model 3 Pricing on sales in China?

Tesla has followed a similar strategy that it uses in the United States to price Model 3 variants in China.

The price difference between the top two variants in China is almost $9,000. We can expect the mid-range to be launched around $63,000.

Though the (expected)Mid-Range and Dual Motor Model 3 price will position them a little above BMW 5 series and Mercedes E Class, the Performance edition undercuts BMW M3 and AMG E 43 by a wide margin.

Both the German car makers are selling nearly 10k units each (5 series and E class) every month. M for the mid-size premium luxury sedan is huge and Tesla Model 3s demand has to be in the order of thousands of units every month in China.

If you ever wondered why Tesla so badly wanted to get a hold of the Chinese market, then the answer is:

Demand in China should far outstrip Tesla’s supply capacity in 2019 and maybe even beyond.

Also read: How big is Model 3s market in Europe

*
Carsalesbase sales statistics from China only include domestic production and exclude imported models.