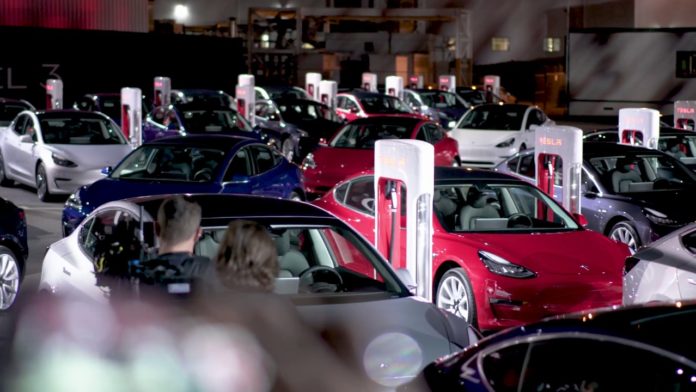 As Tesla gets closer to exhausting the order backlog for higher-end Model 3s in North America, the electric car maker is looking at Europe and China to keep up the demand for its Dual Motor Model 3s.

But is there enough demand in International market to keep Tesla’s Model 3 assembly lines running at full capacity? What will be the impact of Europe on Model 3 demand?

In the third quarter conference call, Robin Ren said, “We looked at what people are buying Model 3 cars in the United States, what cars they are trading in. What we found is through this year, from January to July, the top five non-Tesla cars people are trading in to get into a Model 3, they are Toyota Prius, BMW 3 Series, Honda Accord, Honda Civic, and Nissan Leaf.

The majority of Model 3 customers in the United States are people who are upgrading themselves to the next segment.

There are plenty of cars competing in this range as the price stretch runs through multiple segments.

The premium sedan market in Europe is huge with multiple players competing in the segment. But as is the case all over the world, the luxury market is in complete control of the German trio, BMW, Mercedes-Benz and Audi.

It doesn’t matter which continent you go to, the law of demand will keep following you. price increases, sales decreases. The Mid-Size luxury segment, where the Dual Motor editions of Model 3 will be positioned offers reasonable volumes.

The demand for these two models in Europe is nearly the same as they are in China. More than 100,000 units annually.

Even if Tesla finds it challenging to sell 10,000 units of its all-wheel-drive versions every month in Europe, the addition of more models at the lower end will help the company cross that threshold.

The Electric Vehicle market is growing at a fast clip in Europe. The increasing awareness of EVs will help Tesla attract more buyers to its fold.

There are now more than a million electric cars in Europe after sales soared by more than 40% in the first half of the year, reported Guardian.

“The sale this year is a clear signal of consumer intent. Access to low-cost, well-located charging from abundant power sources is crucial for capturing this momentum,” said Matt Allen, CEO of Pivot Power.

Also Read: Is it a coincidence that Tesla Model 3 order backlog in the United States looks exhausted when Tax credit expires