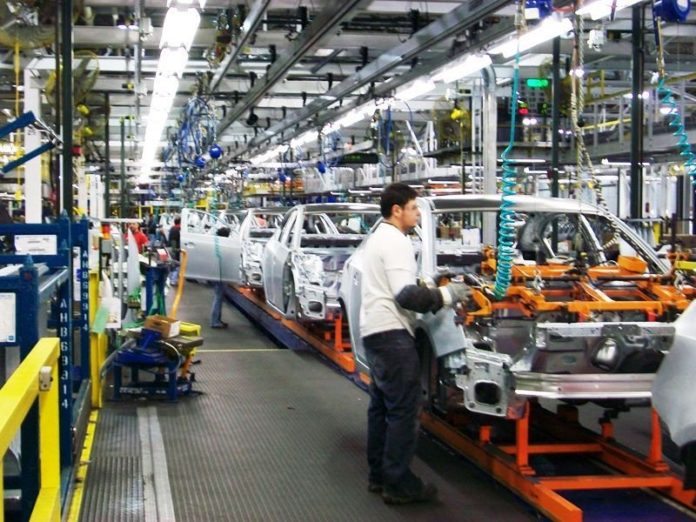 Tesla CEO Elon Musk responded to Ohio Governor John Kasich’s twitter invite to discuss Lordstown with a “Thanks, will consider next year.”

Will Tesla repeat history by buying a GM plant? Is there a case for Tesla to build its next home in the mid-west?

The Lordstown Complex where GM builds Chevrolet Cruze opened in 1966. The plant occupies 6.2 million square feet and sits on a 905-acre plot.

If Tesla wants to keep increasing its production plan, similar to what it is doing with Gigafactory 1 – increasing the planned production capacity – then GM’s plant in Lordstown is a perfect fit.

Gigafactory 1 occupies 125 acres. At the current size, Tesla can fit in seven Gigafactory 1s in Lordstown.

Grow as much as you want Tesla.

Tesla will have immediate access to thousands of experienced auto workers. Why go somewhere else and hire experienced employees from all over the country when you can find so many of them in one place?

Save on the hiring & training cost, Tesla.

Another point to be made is that Tesla is all about sustainable energy sources. They are all about using renewable sources, and CEO Elon Musk said that Tesla Gigafactory 1 will be powered 100% by Tesla Solar by the end of next year.

The 8,500 solar panels GM installed in Lordstown can produce 2.2 megawatts of electricity at peak times. Why buy another plant and install solar power when you can buy them both at the same time?

Save some electricity cost from Day 1, .

No auto company will house all its manufacturing facilities in one country and export vehicles all over the world. To save money and time, they need to build them closer to where they are selling them.

Tesla wants to build factories all over the world, but that’s for international markets. What about the U.S. auto market, the second largest in the world with 17.25 million vehicles sold in 2017?

Where are you planning to build Model Y, Tesla Semi, the Pickup truck and the $25,000 sedan you spoke about in August this year for customers in the United States?

You can keep expanding the 125 acre Gigafactory 1 as there is still more than 2,800 acres of land available for your use. But JUST ONE home for the second largest auto market that sits on the third land mass in the world?

A plant that’s diametrically opposite to Gigafactory 1 in terms of geography is the best way to cover 3.8 million square miles of US land, and Lordstown fits that billing perfectly.

Save shipping time and improve your capital efficiency, Tesla.

Let us be honest, 2018 was a PR disaster for Tesla, and more specifically for Elon Musk. How about starting the first quarter of 2019 with the headline, “Tesla moves into Ohio, will hire 10,000 workers in the next five years”?

Tesla can make it even better with a late night tweet from CEO Elon Musk that reads “Ohio will be 100% renewable powered by the end of 2025.”

Save jobs and bask in that glory forever, Tesla.

I am not the only one who thinks Lordstown is an excellent idea for Tesla. Elon Musk’s second least favorite group of people, investment bankers, think so, too. (The first group is Tesla Short Sellers).

Morgan Stanley analyst Adam Jonas says there is a huge PR benefit for Tesla if it buys the GM Lordstown Plant. He outlined Tesla’s possible requirements to close the deal:

1.A free or nearly free cost to acquire the plant

2 labor contract that does not involve a traditional UAW/collective bargaining agreement similar to their current Fremont, CA plant

3.Extension of the $7,500 Federal tax credit for the purchase of EVs or other incentives to encourage the early adoption of EV technology.”

I am not sure about his third requirement as it will involve Congress. But the first two are, indeed, possible. GM is already under pressure to keep the plant and, since they have already announced their plan to idle, Tesla has all the bargaining power it needs to buy it for cheap or, as Adam Jonas says, buy it for free.

The second one involves some political will, but Governor Kasich is already waiting for that call. Once again the bargaining power will be with Tesla here.

What do you think? I’d love to hear from our valuable readers in the comments section.