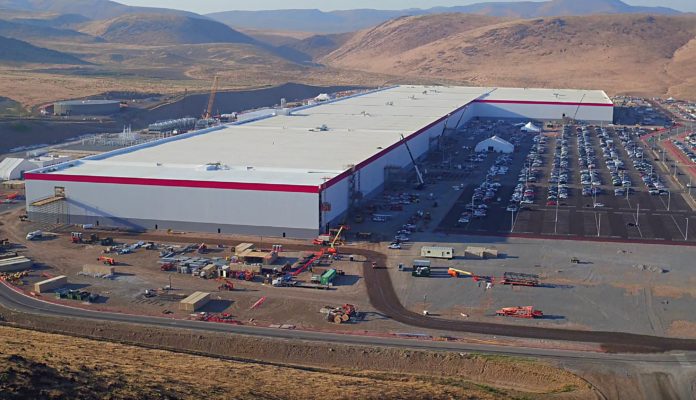 In yet another innovative sales push as we close out the fourth quarter, Tesla has started selling and delivering vehicles out of its Nevada Gigafactory 1.

“We’ve opened this location to help make it easier for customers in the region to purchase and take delivery of their vehicles, and those who take delivery also have the unique opportunity to sign up for a factory tour. Sales consultations are by appointment only and can be scheduled here (hours are 9 a.m. -5 p.m., 7 days a week, excluding December 24 and 25).”

Ah, so it comes with a tour of the battery manufacturing facility as well. That’s a nice little Christmas embellishment! Perhaps it’s a small incentive to go all the way out there to buy a Tesla electric car.

Nonetheless, this latest initiative to push sales at the end of the quarter might help close the gap to their target. Earlier this week, they reported a 19% shortfall in deliveries against their Q4 target, so every drop counts.

Fortunately, Tesla has also introduced a 5-minute delivery system that cuts out all the red tape and allows the buyer to power silently out of the lot with little fuss.

As part of the same sales push, Tesla also announced that it has “released all their fleet vehicles – like those used for test drives – and vehicles where the original customer can’t take delivery by the end of the year.” No holds barred until December 31, 2018, it seems.

As Tesla enters 2019, its plate is full. Expanding the Model 3 market into Europe is a major focal point, but production ramps in Fremont and Gigafactory 1, the construction of Gigafactory 3 in China, exceeding monthly delivery goals for Model 3, specifically, service capacity expansion, Model Y unveiling, possibly a Pickup Truck prototype and continued profitability will also be top priority items for the new year.