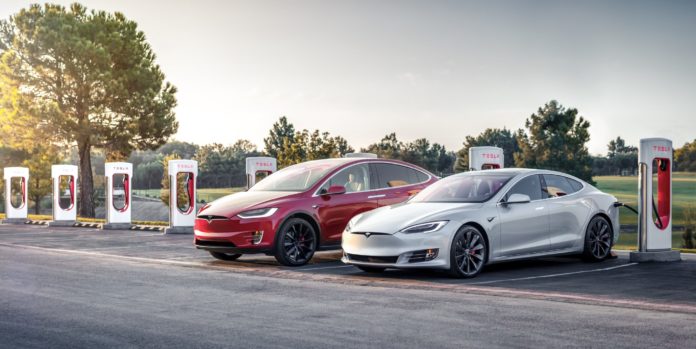 Tesla’s share price decline may have got nothing to do with the company as the broader market continues to sell off in December.

Tesla has done reasonably well in the last two months and the company is turning every trick in the auto playbook to give a boost to its year-end sales.

With no significant financial news or negative publicity hitting the company, the recent sell-off seems to be induced by panic-stricken investors who fled the market after a series of events affected market sentiment.

The Market Continues to Sell-Off

“Stocks plunged again on Friday, sending the Dow Jones Industrial Average to its worst week since the financial crisis in 2008, down nearly 7 percent. The Nasdaq Composite Index closed in a bear market and the S&P 500 was on the brink of one itself, down nearly 18 percent from its record earlier this year.” – CNBC.

December has turned out to be a nightmare month for investors. Here is a list of reasons attributed to the sell-off and why the slide may continue.

The Uncertainty over US-China Trade Agreement: President Trump’s trade adviser, Peter Navarro, told Nikkei Asian Review that a US-China agreement will be difficult to achieve in 90 days, throwing cold water on expectation that the temporary truce will lead to more concrete action.

According to Charlie McElligott, a cross-asset strategist at Nomura Securities, “Quant funds are shedding over $50 billion in notional exposure to U.S. equities”. If the market weakens further, machines that chase trends will end up adding more pain by exiting their long positions and increasing their short positions.

Parts of the federal government were last Friday after President Trump refused to accept a bipartisan spending deal as he demanded money for building a wall in the US-Mexican border.

The Federal Reserve’s unanimous decision to increase borrowing costs for the fourth time this year. The central bank increased the federal funds rate target to a range of 2.25% to 2.5%.

Tesla stock has been declining over the last few weeks, but the company has outperformed broader indices in December. Tesla declined by 8.76% this month, compared to S&P 500’s decline of 10.36% and Dow Jones Industrial Average’s decline of 12.11%.

Tesla may continue to follow the current market trend as there is no financial release due the company before the end of this year. The trend may get broken only after Tesla releases its fourth- quarter vehicle production and delivery statistics in the first week of January 2019.