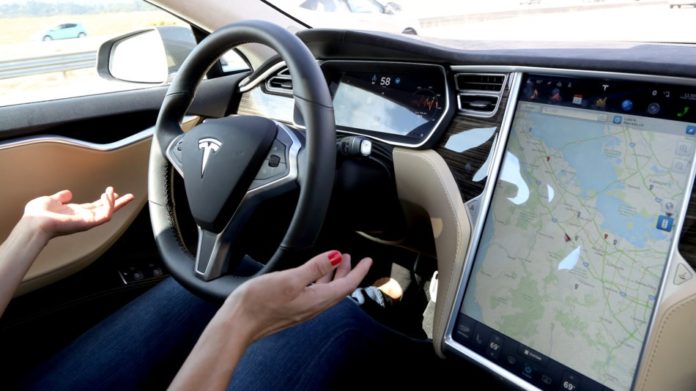 Tesla is expanding internal testing of its full self-driving program as the company races towards launching new Autopilot hardware, which the company calls Hardware 3.

In October this year, CEO Elon Musk said that Tesla will launch its custom AI chip, the backbone of Tesla’s on board computer, in six months.

This is what Tesla CEO Elon Musk wrote to his employees:

“Tesla needs a few hundred more internal participants in the full self-driving program, which is about to accelerate significantly with the introduction of the neural net computer (known internally as Hardware 3). This has over 1000% more capability than HW2!

Note, any employees or customers who pre-ordered FSD will receive a free swap out of the HW2 computer for HW3. The cameras, radar and ultrasonic sensors are the same.

If you elect to participate in the program and provide feedback for improvement to the Autopilot team, the $8,000 cost of FSD will be waived. This is on a first to purchase basis and will close as soon as we have enough participants. this is the last time the offer will be made.”

When launched, Hardware 3 will mark the third upgrade to Tesla’s Autopilot Hardware. Tesla vehicles that are sold today are fitted with Hardware 2 and Musk said that upgrading to Hardware 3 is a “simple replacement of the Autopilot computer” and it “will be done free of charge for those who ordered full self-driving.”

Tesla’s hardware suite includes an onboard computer, 8 cameras, 12 ultrasonic sensors, and a forward facing radar. Tesla will not be upgrading the sensors and other hardware, but the company will replace the computer.

Why change the computer

Because Tesla wants to replace the NVIDIA DRIVE™ PX that powers the computer with its own custom designed AI chip.

When Tesla released Hardware 2, the company thought it had enough processing power to achieve full self-driving capability. But it took some time to realize that computing power wasn’t enough. That’s why Tesla decided to build a chip on its own.

He also said that the new computer will increase performance between 500% to 2000%.

Executive Departures did not Slow Down Tesla’s Hardware 3

But my fellow author Chandrasekhar remained confident that these departures will have very little impact on getting Hardware 3 to the market. His reasoning: the core development of the product (chip) is already done and Tesla has crossed the ‘Design’ stage and progressed to the ‘Productization’ stage.

He wrote: “With Keller gone, and now Glasco and Bailey leaving the company, it is now Bannon and Karpathy’s show. But when you look at what skill sets still remain at Tesla, the recent departures aren’t likely to have any short- to medium-term impact on Tesla’s ability to release Autopilot Hardware 3.0, which is due in early 2019.”

His reasoning: “In simple words, Glasco and Bailey had done the jobs there were hired to do and handed the project off to subsequent stages. Once the basic design and architecture have been validated and the ‘first silicon’ goes to the ‘Bringup’ stage:

“Bringup is the process of powering, testing and characterizing the design in the lab. Numerous tests are performed starting from very simple tests such as ensuring that the device will power on to much more complicated tests which try to stress the part in various ways. The result of the bringup phase is documentation of characterization data (how well the part performs to spec) and errata (unexpected behavior).”

After that comes ‘Productization’, which is basically mass-producing at an acceptable cost. More often than not there are complications during this process as well, which will ultimately decide the cost of the System-on-Chip or SoC, but Tesla seems to have achieved or is very close to achieving optimal costs, which would be in line with what Tesla has been using until now – NVIDIA DRIVE™ PX.

Tesla expanding the internal testing program is clear evidence that the company’s AI Chip has already reached the final stages of testing, and if the results are successful it will go a long way in increasing the power of the computer installed in Tesla vehicles.

Tesla and Waymo are locked in a fierce race to reach level 5 autonomy, considered the holy grail of the self-driving world, where cars have the ability to operate on any road under any condition.

But self-driving tech has remained a difficult code to break. Elon Musk has been saying that Tesla will reach full autonomy in the next couple of years for a very long time and the timeline only gets extended every time we get closer to the deadline.

Waymo was planning to launch a commercial self-driving taxi service in Arizona this year, but the highly anticipated launch didn’t live up to its hype.

Timothy Lee, Senior tech policy reporter at ArsTechnica writes, “The launch of Waymo One feels less like the launch of a public, commercial service than a rebranding of its testing program. Waymo vowed to launch a commercial service before the end of the year, and Waymo One technically qualifies. But the service hardly seems more open to the public than the early rider program Waymo had last week.”

For now, both Tesla and Waymo continue to forge ahead despite all the setbacks and hurdles placed in front of them.