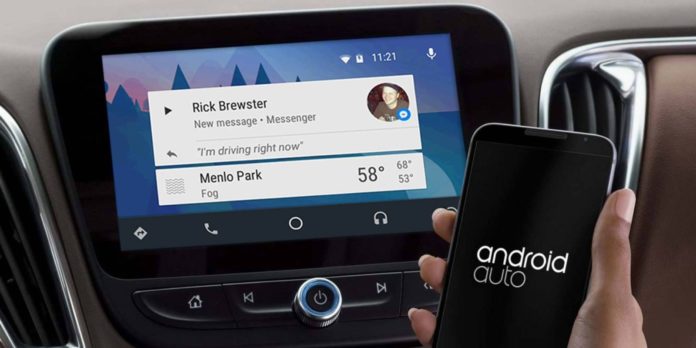 Just like its sister company, Bentley, Porsche has also been among the ranks of German auto notables who have resisted the Android Auto experience for a long time. Now, it turns out that the company is finally open to integrating the connectivity suite into at least a few of its newer models.

According to an exclusive report by Digital Trends, one of the chief reasons Android Auto has been kept on the sidelines until now is because Porsche owners were predominantly also iPhone owners – who knew??

That scenario is apparently shifting as more well-heeled users turn to premium Android models like Samsung Galaxy S and Note, and emerging names from Chinese makes like OnePlus and Huawei.

Another interesting tidbit is that Porsche eschewed Android Auto back in 2015 for its 911 Carrera and 911 Carrera S models because Google (now Alphabet, Inc.) wanted too much data to be sent back to Mountain View, to its servers. Here’s an extract from an article from Motor Trend’s Jonny Lieberman from 2015:

“There’s no technological reason the 991/2 doesn’t have Android Auto playing through its massively upgraded PCM system. Why doesn’t it have it?

“As part of the agreement an automaker would have to enter with Google, Porsche said certain pieces of data must be collected and transmitted back to Mountain View, California. Stuff like vehicle speed, throttle position, coolant and oil temp, engine revs—basically Google wants a complete OBD2 dump whenever someone activates Android Auto.

“Not kosher, says Porsche. Obviously, this is “off the record,” but Porsche feels info like that is the secret sauce that makes its cars special. Moreover, giving such data to a multibillion-dollar corporation that’s actively building a car, well, that ain’t good, either.

“Apple, by way of stark contrast, only wants to know if the car is moving while Apple Play is in use. It makes you wonder why other OEMs have agreed to Google’s terms, no? That’s 35-plus companies, including Volkswagen and Audi.

“Google, for its part, disputes some of our source’s assertions. Liz Markman, a Google spokesperson for Android Auto, said in a statement that Google does not collect some of the data listed by Porsche, such as throttle position and coolant temp.

“She declined to provide a full list of what data is collected, but emphasized that Android Auto users must opt in to share any information upon their first connection of their phone to a car. She said some of that data is used for safety (restricting typing and allowing only voice input when the car is not in “park,” for example) and some is to used to optimize the app’s user experience.”

So, there was obviously some disagreement between the two companies. Don’t forget, what is now Waymo was the Google Self-driving Car Project back in 2015, which is one possible reason that Porsche was hesitant about excessive data flow.

Michaela Ensinger, who manages on-board electronics and electrical systems for Porsche’s SUV portfolio, has revealed that new models will now support Android Auto integration, and not exclusively Apple CarPlay. No timeline was provided, but it will happen “in the near future.”

Porsche may not offer this integration on all its models, but it’s logical that at least more than one of the eight upcoming MY 2019 Porsche models showcased below will be Android Auto ready.

The 2019 Panamera is certainly the ideal candidate for Porsche to try Android Auto. It’s more of a second-gen-skip-over model, with minimal visual changes.

Under the hood, you’ll find the standard lineup of engine options. The 3-liter turbocharged base model engine puts out 330 horsepower, but the Panamera 4S variant with its 2.9L twin-turbo V6 engine promises 440 horsepower.

Go up the variant ladder and you have the Panamera GTS, of which we’ve already had first looks, with 453 horsepower at your command. At the top end, there’s the Panamera Turbo Sport Turismo and Panamera Turbo Executive, both boasting 550 ponies.

The slightly more house-broken 718 Cayman lineup for 2019 looks exciting. There’s been talk of a Cayman T model squeezing itself between the Cayman S and Cayman GTS, and it may well come with a few ponies extra from the standard 350 hp on the S variant.

The model is not yet verified, but it would be similar to what Porsche did with the 911 Carrera T: lightweight with fabric door handles, thinner glass and lighter sports seats.

The Taycan is a much-talked-about pure EV model, the first of its kind from the House of Porsche. Priced at $92,000 for the base model and jumping to $130,000 for the Turbo variant, with the Taycan 4S AWD option sitting in the middle of that price range. Horsepower is estimated at 402 hp, 536 hp, and 670 hp.

It’s being priced competitively with the Tesla Model S. Not surprising, since the battery is targeting a range upwards of 300 miles to compete with Tesla’s top-range Model S 100D, which has an officially rated range of 335 miles, and priced at $96,000 before savings.

Why is Porsche calling its top-end variant the Turbo? That’s likely to be a deliberate attempt to help customers mentally adjust to the all-electric drive. Technically, there’s no turbo in an electric motor, so that’s a plausible explanation.

Even their 800-volt charging architecture is called Porsche Turbo Charging – a dig at Tesla’s Superchargers, perhaps? Possibly. Nonetheless, the Turbo legacy nomenclature may be confusing to potential buyers.

Porsche sold just a little over 2200 of these (old) babies in 2017, which means should have meant a major overhaul or the end of the line for this star model that first debuted in 2009.

The Boxster T, or Touring, is a new trim for this model for 2019. As with other T variants, it’s more or less a stripped-down version with performance upgrades in the drivetrain and suspension.

It also comes with optional carbon fiber and magnesium kits to help shave a tenth of a second off its top acceleration of 0-60 mph in 2.7 seconds.

Could there finally be a plug-in variant of the classic 911 Carrera? An all-electric version is pretty much out of the question for now, but even a hybrid Carrera doesn’t look like a possibility until at least 2020.

The 2019 Macan is a minor upgrade in the Macan lifecycle. It’s a relatively new model, but it hasn’t gotten a major makeover like the 2019 Porsche Cayenne. One thing we do know is that it is getting a new turbocharged 3.0-liter V-6 engine.

A new taillight strip, new trim and paint options are the highlights of the 2019 Macan, and the front end will sport a new air intake design and LED headlights. On the inside, the 7-inch infotainment touchscreen is getting bumped to 11 inches, forcing the air vents down a bit lower.

The Macan base model and the Macan S have been revealed, and we expect the GTS and Turbo variants to make an appearance in the not too distant future. No plug-in option, sadly.

The new, third-generation 2019 Porsche Cayenne sends one clear message: don’t mess with success. The weight difference is clear, with nearly 120 pounds shed by the the ‘more Aluminium’ theme echoing through various design elements, but it sticks to the essential design profile of a mature Porsche model.

Although it looks like a run-of-the-mill Porsche SUV, the 2019 Cayenne sports significant differences, not the least among which are a brand new chassis and a V6 engine that puts out 335 horsepower.

We’re also looking at three variants, including a hybrid model that will set the tone for Porsche’s transition into electric SUVs down the road.

Which of these 8 Porsche models for 2019 do you think will come with Android Auto integration capabilities? Top-end variants or base models? We’d go with the base option, since Android users are still considered (by iPhone users, at least), to be neanderthals who can ill afford a Turbo or GTS variant. Kidding, of course.

It will most likely be an a la carte offering so they can test the waters, but it could also be a standard alternative to Apple CarPlay.