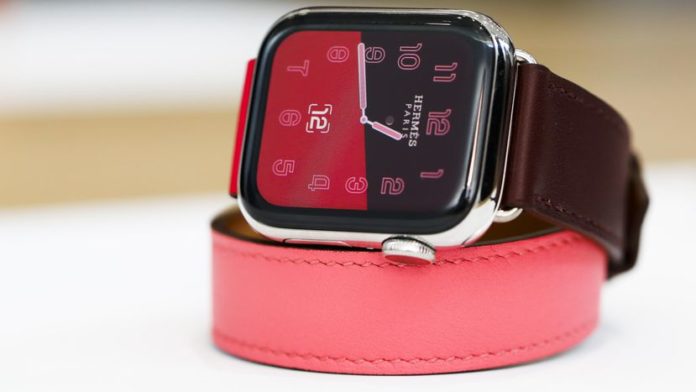 Apple Watch Series 4 is the biggest Apple Watch yet, launched in September 2018 with a 44mm display size option alongside its 40mm sibling. It is the fifth generation of Apple Watch released to the market. It also introduced watchOS 5, the latest major iteration of the Apple Watch operating system.

In this article, we’ll show you how to find the best apps and install them on your Apple Watch Series 4, and also how to uninstall or remove apps that you don’t require. It’s a good practice to keep your Apple smartwatch clean of any unwanted apps, as this could slow down your experience even with the brand new S4 chip under the hood.

About Automatic App Install and How to Enable It

Apple Watch apps are not standalone mobile applications. They are typically packaged for your Apple smart watch along with the equivalent iOS app. That means if you download an app on your iPhone and it has a corresponding watchOS version, you can automatically have that installed on your Apple Watch directly from your phone. Here’s how to do this:

And that’s it! Now when you buy and download an app to your iPhone or iPad, it will automatically install the watchOS version on your watch.

This is a sort of filter that saves you a lot of time that you may otherwise spend going into each app in the App Store and seeing if it is compatible with Apple Watch.

How to Push an Installed App from iPhone to Apple Watch

If you already have apps on your phone when you buy your Apple Watch Series 4, you can manually push them to your watch by following the steps below:

Once you have found an app that you like, simply click on Buy or Get to download and install the app. It will be installed on your iPhone (iOS version) as well as your Apple Watch (watchOS version, if you’ve enabled Automatic App Install.) If you haven’t enabled it, then follow the steps below to push it to the watch.

If the apps on your watch’s Home Screen are in List View, you can change them to Grid View by doing this:

BONUS CONTENTHow to Set Up and Use a New Apple Watch Series 4: A Beginner’s Guide to Functions, Navigation and watchOS Apps

How to Rearrange Your Apple Watch Home Screen Apps

You can also do this from your iPhone. In the Watch app, do the following:

How to Delete Downloaded Apps from your Apple Watch

You can also delete apps from Apple Watch through your iPhone or other iDevice. See below for an out line of the steps involved:

How to Delete Built-in (Native) Apps from My Apple Watch

The default apps that come with your Apple Watch can also be deleted. You must have a device running iOS 10 or higher in order to be able to do this. To delete them from another device, do the following:

Note: Built-in apps cannot be deleted from Apple Watch itself. You will need a paired iOS device in order to do this. The app will be removed from the watch as well as your iOS device.

BONUS CONTENTApple Watch: The Psychology behind the “Close Your Rings” Feature on the Activity App, and How to Achieve Your Daily Goals

Can I delete apps from my Apple Watch in List View?

No, you cannot. You can only delete an app from the Grid View. Instructions are provided in this article.

What built-in apps can I remove from my Apple Watch?

If you have iOS 10, you can remove these apps from your Home screen:

In certain cases, it might. For example, if you remove the Music app from your Home screen on your iOS device, some of your songs might not play on third-party apps connected to certain models of stereo receivers or car stereos. If you remove the Weather app from your iPhone, you won’t see it in the Glance feature on your Apple Watch. Ideally, if you aren’t worried about memory space, leave built-in apps installed on your iOS device and your Apple Watch.