Home Apple Inc. Apple Watch 4 ECG Function Could be Unreliable for Adults Under 55... 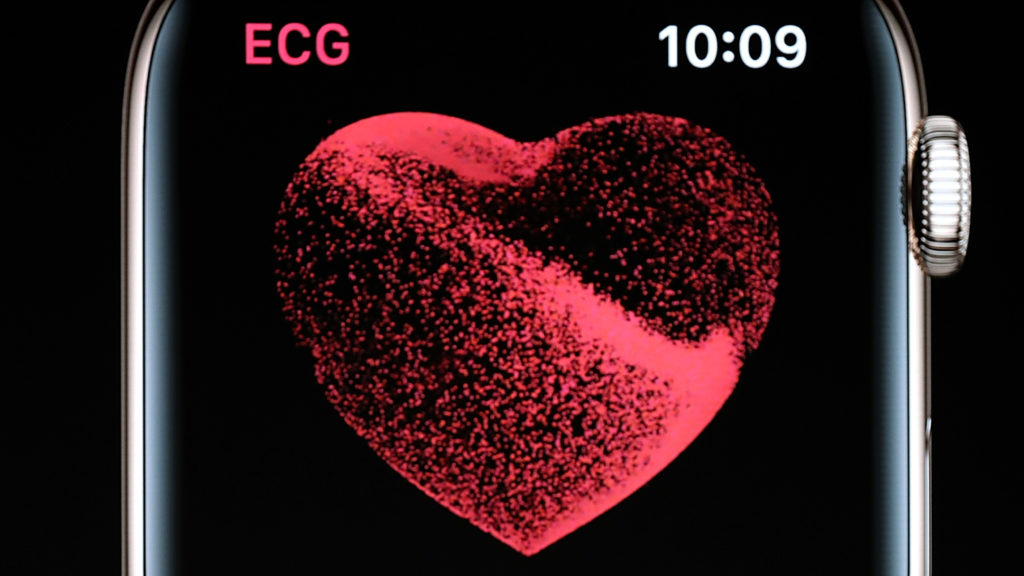 According to Dr. Daniel Yazdi, MD MS, the electrocardiogram function on the Apple Watch Series 4 might need to be taken with a pinch of salt. He is of the opinion that for those under the age of 55, their Apple Watch telling them they have atrial fibrillation has very poor accuracy.

What is Atrial Fibrillation?

This is how the American Heart Association describes atrial fibrillation:

“In atrial fibrillation (AFib), the heart’s two small upper chambers (atria) don’t beat the way they should. Instead of beating in a normal pattern, the atria beat irregularly and too fast, quivering like a bowl of
gelatin.”

According to Dr. Yazdi’s reckoning, Apple Watch Series 4’s ability to positively predict atrial fibrillation in adults under 55 is less than 20%. The implications are that these types of tests typically generate a lot of false positives.

The symptoms of atrial fibrillation include palpitations, sweating, dizziness, chest pain, fainting, shortness of breath, rapid and irregular heartbeat and getting tired quickly when exercising.

Apple has FDA approval for the ECG function on Apple Watch 4, which they gained around the middle of last year, but they engaged in extensive studies dating back more than a year ago in collaboration with Stanford Medicine.

In December 2017, Apple released a health app for watchOS to help study irregular heart rhythms. It was initially rolled out to anyone in the United States who was 21 or over and had an Apple Watch Series 1.

The point is, Apple followed the rules of the book before deciding to release this app to the public on the current Apple Watch model. However, what the company might not have taken into consideration – or at least made publicly known – is that the positive predictive value dramatically changes depending on which age group you’re referring to. This is what Dr. Yazdi points to.

If this is true, then it’s actually a huge opportunity for Apple Watch to sell even more units. The device has been selling extremely well over the years and is now one of the more stable pillars of Apple’s revenue pie.

The problem is, Apple Watch is typically owned by 40-year-old men with high incomes and college degrees. Nearly half the people who buy an Apple Watch are in the 35 to 55 age group. The 55+ age group is only 30% of their demographic spread. And therein lies the opportunity.

What’s more, 86% of Apple Watch wearers are men. Ironically, at least for the ECG app on Apple Watch, women are more likely to succumb to complications arising from atrial fibrillation, such as heart attacks. What makes it even scarier is that AFib is the most common type of heart rhythm problems in women.

To top that off, heart disease is the No. 1 killer of women in the United States. However, women typically develop AFib later than men do on average – about four years later.

What we can glean from all this is that Apple Watch might sell even better if promoted to older women in the United States and abroad. But Apple Watch clearly targets younger people because of the focus on fitness and activity. It doesn’t target older women at all. Maybe it should.

We’re not alone in this assessment. In an article titled “Who Will Buy The Apple Watch”, Jeffrey Carter, a general partner at West Loop Ventures, said when the Apple Watch was first launched to the public in 2015:

“The right target market for the initial introduction of the iWatch might be Baby Boomers. Why? The bulk of Baby Boomers actually wear watches. Younger people don’t. One of the toughest things to do in product introductions is change behavior. A lot of behavior change increases obstacles to adoption.”

Of course, Carter was referring to the Apple Watch as a consumer product that would be more likely accepted by the aging population, which isn’t the same as what we’re saying. But he was on the right track:

“The initial products that iWatch supporters are touting are related to quantified self. Younger people care about their health, but they don’t fixate on it like older people. If you don’t believe me spend some time in Florida. The Mayo Clinic is rolling out apps for the iWatch. Millennials don’t think much about the Mayo clinic, but Baby Boomers do.

“There is also the “cool factor”. Baby Boomers were the coolest generation America has ever seen. They are older now. The youngest boomers are my age (52). Boomers want to hang on to that “coolness”. Apple can appeal to that and they will buy.”

Carter’s thoughts are almost prophetic, but Apple’s marketing strategy for Apple Watch wasn’t exactly a failure. Millennials are their biggest demographic for this product, not Baby Boomers.

Apple can make that change happen with innovations like the ECG app on Apple Watch Series 4. As it goes deeper into health, the company needs to look at new opportunities, and older adults seem to be the missing piece of the puzzle.

Specifically, women over the age of 55 is what Apple is missing in its marketing mix. Perhaps the company should start a new ad campaign for this particular demographic.

Millennials will eventually become a part of this target age group, and that’s inevitable. But if Apple starts putting things into place now, they’ll be in a position to take advantage of that when it happens.

A huge side benefit is that the information gleaned from older segments of the population will immensely help speed up research in this area.

Apple is already working on integrating data from its health apps into digital patient health records to streamline the flow of information from patient to caregiver.

More information from relevant demographic segments means more information to work with and a better understanding of how to preemptively deal with heart conditions before they become unmanageable.

It is now Apple’s move.