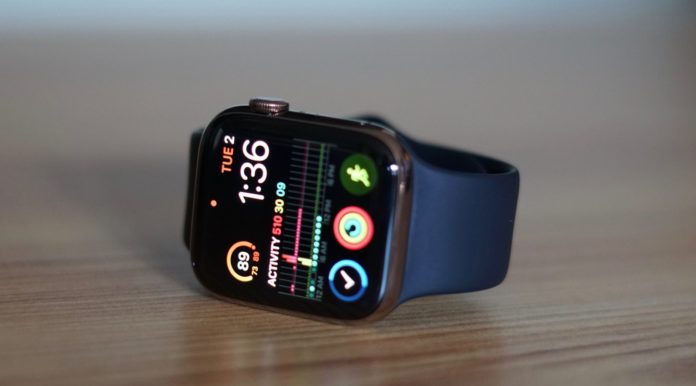 Apple Watch is a great wearable you can buy right now. Apple now dominates the smartwatch market with millions of units shipped every quarter. The reason behind Apple Watch’s huge success lies in its optimized watchOS operating system. Indeed, Apple has been improving watchOS since day one, adding new features while revamping the existing ones.

WatchOS 5 made its debut at 2018 WWDC event after months of leaks and rumors. Basically, watchOS 5 is not a significant upgrade over its predecessors, but it still features tons of new things that are worth your shot ranging from walkie-talkie and better heart features to Podcasts app and improved Siri watch face.

Walkie-talkie is one of the biggest additions to watchOS 5. As the name suggests, the feature allows you to choose contacts you wish to stay in touch with in real-time and send them requests. When the recipient accepts your request, you will be able to send them a voice message.

watchOS 5 also includes a new Podcasts app, which is something that’s been demanded for years. With Podcasts, you can sync your favorite episodes from podcasts to your Apple Watch, so you can listen to them while you are in another app. Apple recommends users need to update their device to the watchOS 5 to get the feature.

The Apple Watch 4 also comes with a fall detection, a handy feature that can determine when a fall occurs. If someone falls, the Watch will ask if they are OK. If they fail to respond, it will call emergency services.

Apple last month released a new watchOS 5.1.2 software update to Apple Watch Series 4 and older models. The new update with it a number of changes and system boost. One such change lies in the ECG app. In reality, ECG was widely received at September event, but it was slightly delayed.

From now on, users can get a detailed picture of their heart rythm. However, the feature is only available for the Apple Watch Series 4, while the older versions get irregular heart rhythm notifications. Sources say that Apple will announce new software updates to its watchOS 5 in the coming months.

Have you tried taking an ECG Test with your Apple Watch Series 4? Here’s how to do it.

Today Apple released the third beta of watchOS 5.1.3 to developers. Being a minor update, it’s not likely to have any new features but rather merely some performance improvements and bug fixes. Give us a shout if you notice anything new.