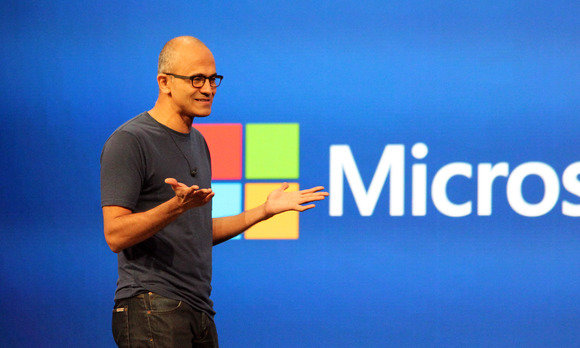 In its 10K filing for the fourth 2018, Microsoft has elaborated on the risks that its own work in artificial intelligence might pose to the company’s reputation. Of course, this is the worst case scenario listed alongside things like potential patent infringements by Microsoft Surface products, privacy risks with IoT products and the economic risks faced because of the global nature of its business. Nonetheless, it saw fit to warn investors that these risks are inherent in AI research and development.

What’s interesting about this forewarning is that it is probably the first time a company has openly talked about the specific risks with respect to AI-related products and services. The company listed flawed algorithms, insufficient or biased datasets, inappropriate data practices by the company or others, and ethical issues as being some of the risk factors that could impact them legally, competitively or in terms of damage to image and reputation.

AI gone bad is everyone’s nightmare. Visions of merciless robots culling the human population were once the stuff of science fiction, but we’re rapidly approaching a point where science fiction may soon become science fact. Uncontrolled AI research can go two ways, so there’s at least a 50% chance that someone will develop an AI product that does more harm than good.

“Issues in the use of artificial intelligence in our offerings may result in reputational harm or liability. We are building AI into many of our offerings and we expect this element of our business to grow. We envision a future in which AI operating in our devices, applications, and the cloud helps our customers be more productive in their work and personal lives. As with many disruptive innovations, AI presents risks and challenges that could affect its adoption, and therefore our business. AI algorithms may be flawed. Datasets may be insufficient or contain biased information. Inappropriate or controversial data practices by Microsoft or others could impair the acceptance of AI solutions. These deficiencies could undermine the decisions, predictions, or analysis AI applications produce, subjecting us to competitive harm, legal liability, and brand or reputational harm. Some AI scenarios present ethical issues. If we enable or offer AI solutions that are controversial because of their impact on human rights, privacy, employment, or other social issues, we may experience brand or reputational harm.”

If you notice Microsoft’s wording, they’re not actually talking about the product or service being bad, but merely their outputs or effects being perceived as being bad and thereby impacting their brand and reputation in a negative way.

When you think of it, that applies to any technology, not just artificial intelligence. Anything can be perceived as being bad and hurting a company’s reputation.

Apple, for example, has taken several hits to its reputation of being able to make devices that are superior to those of their competitors. We’ve seen them fail in court for patent infringements, we’ve seen them admit to battery issues and we’ve seen sales take a hit because of the continually increasing average selling price of iPhones.

The key issue here doesn’t seem to have anything to do with the actual risks that AI research and productization bring to human society. It is merely one company warning investors that its brand and reputation could take a hit because of flaws that are inherent to the field of AI.

But there is another, very important point of consideration here.

The Weighty Matter of Bias

Data bias has been a known issue for some time now. In face recognition technology, for example, the results are often biased based on the racial background of the subject. An interesting study by the UCLA showed that Amazon’s Rekognition software “falsely matched 28 Members Of Congress with arrest mugshots.” Moreover, a significant number of those were not Caucasian. This despite the fact that only 20% of Congress is made up of “people of color.”

But there’s a catch to the whole data bias thing. AI notable Prof. Noam Chomsky says that bias is necessary if you want a machine learning model to generalize. The whole point of scoring or prediction is to generalize from a limited amount of data, and this “poverty of the stimulus” is actually necessary for the machine learning process to work efficiently.

In other words, an ML model cannot give you a specific output for every single input, so it must learn to generalize – and therein lies the bias.

If biases are indeed necessary, then we have a choice between specialized biases and universal biases. Some AI stalwarts like Geoff Hinton, have suggested that all human learning requires a single, universal bias. Others, like David Lowe, whose work on SIFT features revolutionized the field of computer vision, believe that a features-based approach to specialized biases is better.

What is interesting is that these biases could be construed as flaws within machine learning when, in reality, they are not. They are actually the cogs that allow the machine to work.

No doubt, such issues with AI could impede the rate of commercialization of ML-based products and services. One major problem is that some of these predictions are often used in high-impact areas that affect real people in real ways.

For example, machine learning is sometimes used to decide who gets how much of a bonus. It makes decisions about who gets parole and who stays back in prison. It even decides which potential candidates make the cut for a potentially life-saving clinical trial.

These are life-impacting decisions, and they’re being made by AI models that are inherently flawed. The implementation of faulty AI seems to be as big of a problem as faulty AI itself.

Do These Biases Reflect an Unavoidable and Distasteful Truth?

Artificial intelligence hasn’t yet gotten to the point where it can be self-aware of these biases and balance them out with new data that it searches for on its own. We haven’t yet developed AI to that level, which means we fall back on the notion that “artificial intelligence reflects the bias of its creators.” It’s either that or continue to live with the biases inherent in machine learning models, which might actually be the same thing. Garbage In, Garbage Out.

For now, this seems to be a problem that cannot be solved with a simple fix. As long as there are biases in AI, at least a small percentage of consumers will notice them and take offense. This is what Microsoft warned its investors about, because the company is betting its entire future on its vision for Intelligent Cloud, Intelligent Edge.

Despite this, AI research, development and productization will continue unabated. Google didn’t stop pursuing AI just because Google Photos once labeled dark-skinned people of African descent as “gorillas.” Nor did Amazon stop work on because it identified more than two dozen members of Congress as being mugshot-ed criminals.

But there’s a far more frightening revelation that these biases expose. Do humans still have these biases, which is why they’re creeping into the training data for these machine learning algorithms? Alternatively, is there some truth behind these biases that is supported by factual evidence?

Do certain types of African facial structures indeed bear a closer resemblance to those of gorillas rather than human beings?

It’s a hard question, but one that must be asked if we’re to get to the truth of why these biases are there in the first place. It might not be politically or even morally correct, but could it be anatomically, if not factually, accurate?

Why are these biases scaring the pants off us? Is it because they are still inherent in modern thought, albeit muffled by decades of fighting racial discrimination? Can we honestly say that racial biases have been wiped out from the collective human consciousness? No, they haven’t, and we continue to see race as being central to the issue of human conflict.

The point is, are the centuries-old Western biases against dark skin now resurfacing as machine learning biases in the form of “flawed” training datasets?

Is it a coincidence that the machine learning algorithms behind Correctional Offender Management Profiling for Alternative Sanctions, or COMPAS, a courtroom software used to decide the future of human lives, had these two disturbing biases revealed, as reported by ProPublica?

What seems to strengthen the argument that these biases do exist in the human consciousness is that discrimination based on gender is another “flaw” that we can’t seem to fix. A study of major face recognition systems from Face++, IBM and Microsoft, called the Gender Shades Project, conducted by Ph.D. student Joy Buolamwini in 2018, claimed that “error rates for gender classification were consistently higher for females than they were for males, and for darker-skinned subjects than for lighter-skinned subjects.”

There’s clearly a case for stating that these biases are based on biases already present in modern Western societies.

“If we are training machine learning systems to mimic decisions made in a biased society, using data generated by that society, then those systems will necessarily reproduce its biases.”

Buolamwini echoed the same words after the Gender Shades Project:

“We have entered the age of automation overconfident, yet underprepared. If we fail to make ethical and inclusive artificial intelligence we risk losing gains made in civil rights and gender equity under the guise of machine neutrality.”

In essence, what they’re saying is that these biases stem from societal race and gender biases of modern society, and it could undo the work these same societies have done to fight these very types of discrimination.

If that’s true, then we must lose no time in applying ethics and inclusivity to the field of machine learning. This might involve using larger datasets – as IBM subsequently did after the Gender Shades Project – to achieve a better balance that equally considers outliers and minorities.

The general public is slowly waking up to the fact that its own future might be negatively impacted by machine learning biases, and this really is what Microsoft is warning its investors about. If these biases make it to the final product, it could be disastrous. Remember Tay, the virtual assistant that had to be taken down because it started spewing racist slurs at one point? The company is well aware that such a situation could crop up at any time because of the sheer amount of AI that’s being infused into its products.

These AI biases based on human society’s own biases aren’t likely to go away any time soon. Race, gender, religion, sexual preferences, nationality and other factors that make us diverse also expose us to divisiveness. And if this divisiveness becomes an inherent part of artificial intelligence as a commercial enterprise, it could lead to serious implications for any company involved in AI research.