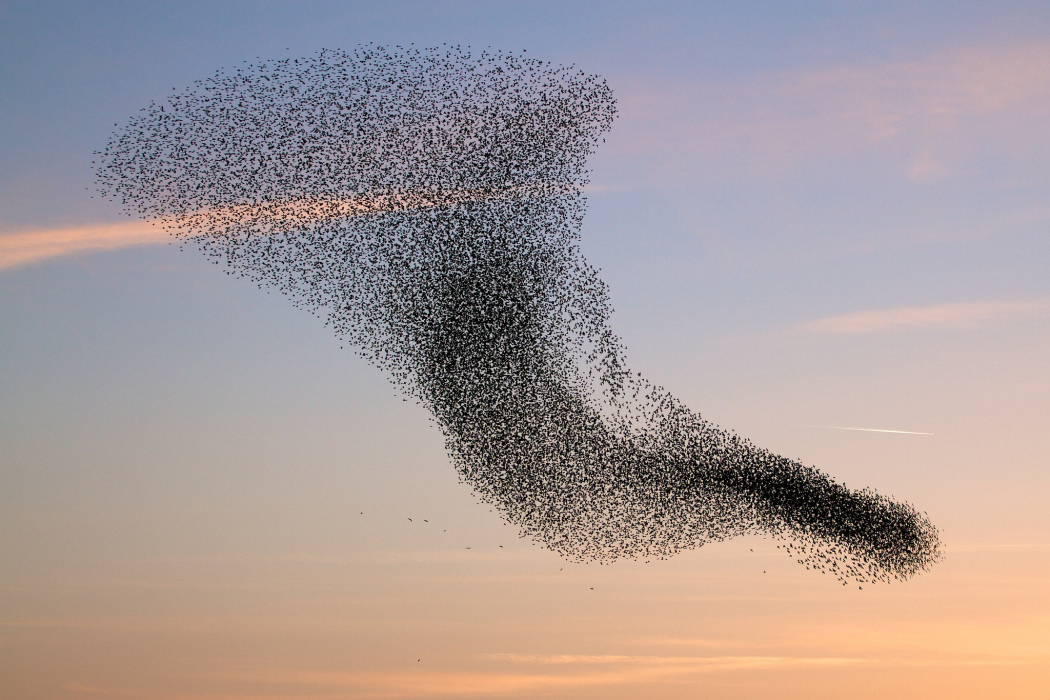 Artificial intelligence has been shown to have tremendous predictive power in all sorts of areas. Sports is one area in which data plays a key role, whether it’s statistics about a team’s form and overall performance, or data for individual players and their strengths. Collecting this data and analyzing it using algorithms can lead to more accurate predictions. This type of AI doesn’t have to involve any human input.

There is a different kind of AI that brings human input back into the frame. Swarm intelligence aims to amplify the intelligence of a group of individuals, enabling more accurate predictions for a range of events, including the outcome of sports games.

What Is Swarm Intelligence?

A purely mathematical AI system effectively eliminates human input from the process; instead, it makes decisions based on inputs of data and computations through algorithms.

Swarm intelligence is very different. It relies on the input of multiple individuals who, by making a single decision simultaneously together, act as a hive mind, or swarm.

This idea is based on observations of biological systems such as ant colonies or bee swarms. If they were to act individually, these insects would not have much intelligence (neurologically speaking). By joining together, a swarm of bees can achieve the intelligence of a human mind.

When a swarm of bees sets out to find a hive, they will come to a collective decision and solid consensus, without the usual blocks that are experienced in systems of human politics.

Swarm intelligence is very different from a poll. A poll always polarizes answers, emphasizing differences between groups. For example, you ask 100 people whether they want to leave or stay in the EU, and the result will always be a divide, a split decision of sorts which hems individuals into a set group.

Swarm intelligence functions very differently. In the UNU system, invented by Unanimous AI chief executive Louis Rosenberg, individuals join together to make swarms. They are then asked multiple answer questions. Each participant has a magnet cursor, which they can use to drag a puck towards an answer.

What ensues is a push and pull towards consensus, where the group eventually has to reach a single answer that best works for everyone. You can see it in action on the Unanimous AI website prediction highlights page to understand the process better.

Even a random group of people, when pooling their knowledge, ideas and intuitions, are said to be able to outperform experts, and this has been proven to be true time and time again with the swarm intelligence systems. When sports fans pool together in this way, they can provide more accurate predictions.

Sports betting is a growing industry, expected to reach values of over $155 billion globally by 2024. The growth will largely come from Asia-Pacific, as well as from North America, where recent legislation has allowed sports betting within many states as well as on upcoming mobile apps like Fox Bet. As the industry opens up for more people around the world, people inevitably look to gain an edge.

The UNU swarm intelligence system has found that edge quite a few times already. The 2016 Kentucky Derby was a notable milestone. A swarm of horse racing enthusiasts predicted the Superfecta with amazing accuracy, turning $20 into $11,000 with a 540-1 payout.

Researchers at Oxford University and Unanimous AI tested the swarm system to predict winners in 50 EFL games. Individuals alone averaged 55%, but when swarmed this was boosted significantly to 72%.

In early 2008, the UNU system achieved an even more impressive result than the Kentucky Derby. The swarm and AI system predicted every result correctly in a 10-match weekend, including draws. Community members who followed up with parley bets ended up winning on odds as far-fetched as 1,244-1.

It’s clear that swarm intelligence, the synthesis of AI and human minds, can be a powerful predictor for sports betting.