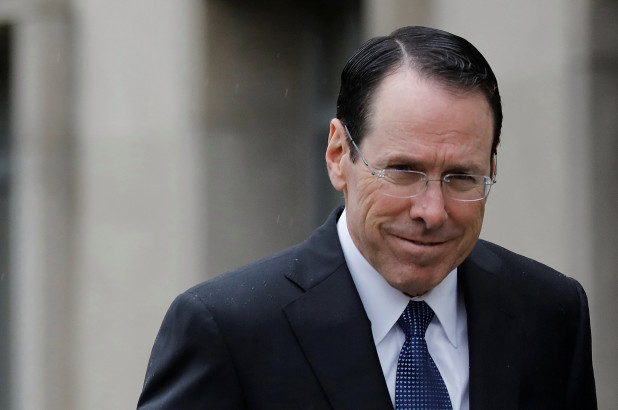 Following a letter to AT&T’s board of directors revealing that it now owned $3.2 billion of the company’s stock, activist investor-backed hedge fund Elliot Associates and Elliot International has reportedly said that it is looking at helping the telecom giant divest itself of unnecessary assets over time, and brings up several other critical points that could influence what happens next at AT&T’s highest levels of management.

The shocker? People close to the matter have revealed that CEO Randall Stephenson’s head may be on the chopping block as well, which ties in with Elliot pointing out to AT&T’s arguably dismal mergers and acquisitions (M&A) strategy (read DirecTV and Time Warner acquisitions) and questioning how the company executes its operations.

The hedge fund apparently wrote “many paragraphs” citing inefficient decision making by Stephenson, but did not outright call for his ouster. The letter did, however, make recommendations for additional board members.

Elliot has also spoken of the stock eventually having “$60+ per share of value by the end of 2021,” representing an upside potential of over 60%. Stephenson’s work at AT&T has been monumental thus far. He took the company from being a pure-play telecom company to becoming a mammoth media conglomerate with its fingers in several analog and digital pies. But it’s clear that the new significant-minority stakeholder wants to have its say in the way the company is run at the very top.

Elliot is essentially calling for “integration and execution”, which it feels is missing in AT&T’s current “era of asset accumulation.” Hard-hitting words, but that’s not the worst of it. The company has specifically called for “enhancing leadership and oversight”, citing a “combination of strategic and operational setbacks” for the stock to be trading at “historically discounted levels.”

From a birds-eye view perspective that investors typically have, it’s relatively easy to build a strong case for why a management team has failed. Just take all the bad data you can find from the last ten years or more, creative impressive charts and graphs that underline your thesis, and write moving rhetoric that would make an investor want to sell off his grandparents for gross underperformance.

The reality on the ground may be quite different. Take the failed bid to acquire T-Mobile several years ago as an example. Despite doing due diligence on the business and the impact of the acquisition on the industry, the company was blindsided by regulatory watchdogs. Elliot claims that the failed bid left T-Mobile in a much stronger position to grow to the level that it has today.

Can that blame be put entirely on Stephenson’s shoulders? Something to think about, right? If the deal had gone through, would the T-Mobile component still be as strong as it is today as an independent operator? Perhaps, perhaps not. What’s certain is that AT&T would have been the stronger for it. Nonetheless, Elliot has pointedly made it out to be a major failure on the part of management, purposely prefixing the gripe with the acquisition successes of the legendary former CEO, Ed Whitacre.

Could it be that Stephenson was subconsciously carrying on Whitacre’s legacy without realizing that acquisitions alone don’t account for synergistic success? Again, something to think about.

The Time Warner acquisition, however, is a stellar example of Elliot contradicting itself. The letter states that “AT&T has yet to articulate a clear strategic rationale for why AT&T needs to own Time Warner”, and in virtually the same breath it also says that “it is too soon to tell whether AT&T can create value with Time Warner.”

The synergy between AT&T and Time Warner is simple: merge a massive content creator with an even bigger content distributor. The result will be a media powerhouse that calls all the shots. Don’t forget that all of the duo’s cited competitors – Google, Facebook, Netflix, Hulu, etc. – are all heavily dependent on AT&T’s massive mobile network to get their own content to the masses. While it’s true that much of the work ahead will be around finding the right synergy opportunities and executing on them, it’s going to take a while to plan an integration between the two behemoths.

As a matter of fact, it was a shock that the acquisition was approved in the first place. But it’s happened. Can Stephenson be blamed for not having “articulated a clear strategic rationale” for the acquisition? It was hardly his decision alone to make, but he’s the fall guy nonetheless. The acquisition itself was a bold move, admittedly.

Elliot’s calls for a shake-up in leadership might not amount to anything. As a minority investor in a $271 billion company, Elliot might have a voice, but that voice might not be strong enough to cause such a large tremor. We’ll have to wait and watch for the repercussions of the letter.

For the forward-looking part, the hedge fund’s letter reveals opportunities ahead of AT&T in a strategic plan very aptly called the Activating AT&T Plan.

The gist of it is very straightforward: get out of acquisitions mode, get into strategic execution; pay down debt, increase profitability; keep growing dividends, keep buying back shares; get management with the right skills, watch them closely. How to be the CEO of a Big-Ass Company – 101, for the most part. But Elliot is hinting that the course be called How to be a BETTER CEO of a Big-Ass Company – 101.

Obviously, nobody knows the outcome of this revelation and call for change by Elliot. However, it’s safe to say that the management will be ‘under observation’ from now on. Every move they make will be closely followed – and critiqued – not only by Elliot but by every AT&T investor who is either on the company’s books today or looking to get on it in the near future.