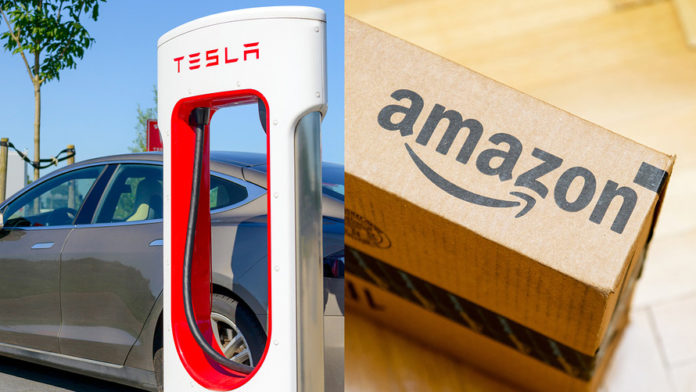 As divergent as Tesla and Amazon are with respect to their industries, sales strategies, business models, and, indeed, their philosophies, Elon Musk has finally admitted to his employees that their delivery system needs to be more like that of Amazon’s, where shipments continually flow to fulfillment centers ahead of orders actually coming through.

The reason Musk wants to roll out a new system next quarter is that a lot of cars sit idle at the Fremont factory until customers confirm their delivery dates. That’s a lot of money on the table, and the logistics to get each car to its respective customer after the order is confirmed can be quite cost-intensive, not to mention time-consuming. On the other hand, if these cars are moved out of the factory and sent to the appropriate delivery centers, they’ll be readily available when the customer confirms the order.

Of course, there are a lot of differences between Tesla’s and Amazon’s business models because Amazon is usually paid upfront for every order, barring the cash-on-delivery (COD, now called pay-on-delivery or POD) option that is limited to certain SKUs. Even then, the risk is minimal because eligibility is usually contingent on the customer being a Prime member, which means the annual subscription has already been received.

Moreover, Amazon knows a LOT about predicting demand for items because a large portion of sales comes from items that its own recommendation engine puts in front of potential customers. All of this is managed by artificial intelligence programs running in the background, and the sheer amount of consumer behavior data Amazon has access to makes it easy for them to predict demand and stock their fulfillment centers ahead of the orders coming through.

Tesla’s business model is entirely different, and it doesn’t have those advantages because it doesn’t have that kind of scale. As of now, the cars only get shipped from the factory once the customer confirms the order.

That wouldn’t work for Amazon, which is increasingly focused on reducing delivery times from days to mere hours. Musk alluded to that in his call with Tesla employees, saying that “Amazon would go bankrupt if they would have to wait for customers to be ready to take delivery before shipping.” What he’s saying is that Amazon can’t afford to wait to ship items because it would severely impact their delivery times and, therefore, their massive advantage over most other large retailers.

But that’s exactly how Amazon got started in the first place, shipping out confirmed orders from their limited warehousing infrastructure until 2000. Today, Amazon has 75 fulfillment centers strategically located across North America, another 350 or so delivery points of various types in the region, and an impressive total of some 971 delivery facilities around the globe; but, obviously, that wasn’t the case during its early years.

Amazon had a grand total of two fulfillment centers in 1997, and it was losing money. Shipping and discounting were hurting the now-gigantic retail powerhouse, and the company was rumored to go belly-up in 2000 when it posted a whopping loss of $1.4 billion. Since then, the company has aggressively spent time, money, and effort in beefing up its supply chain capabilities, and fulfillment centers are… well, at the center of that effort. And Amazon’s North America Retail segment has finally reached the scale it needed to be consistently profitable.

The lesson for Tesla, if you can get past the obvious differences between the two companies, is that getting your merchandise closer to your customers ahead of confirmed orders means shorter delivery times and lower logistics costs. And that’s essentially what Tesla intends to do. By shipping out cars from the factory to the delivery centers as they roll out, Tesla can dramatically reduce delivery times and potentially cut logistics expenses at scale.

Tesla has already achieved significant production volumes and is already hitting in excess of 75,000 units every quarter for the past four quarters. Although these numbers pale in comparison to those of larger auto manufacturers, it poses a significant challenge to Tesla because it doesn’t depend on third-party dealerships to hold inventory.

The next best option, therefore, is Tesla’s own delivery centers, which numbered 104 as of November 15, 2018. If the company can keep the flow of vehicles from Fremont to these facilities flowing right after production and rollout, it will dramatically improve the company’s financials. Increased availability will encourage customers to go pick up their cars at the delivery center when they’re ready instead of having to wait for delivery from the factory.

I believe it’s a prudent move for Tesla to take a page out of Amazon’s playbook, but we must also recognize that this has largely been the standard for larger retailers for decades. It might have just struck Musk that this is what Tesla needs to do, but that’s how it’s been for a long time. Walmart’s supply chain and physical presence are at the heart of its success, which is why even Amazon is unable to break its growth streak. The same goes for wholesale houses like Costco, who have powerful supply chain networks that have merchandise moving like clockwork from vendors to warehouses.

Even within the auto industry, the whole idea of partnering with dealerships is to expand your physical network without having to make the investment in the infrastructure. And the advantages include greater accessibility for the customer and greater visibility for the company’s products. Is it any wonder why they call them “showrooms”?

Consumers typically buy based on emotional decisions. 95% of the time, it’s a subconscious emotional bond that they attempt to then rationalize by pointing out to more practical aspects like durability, reliability, usefulness, service accessibility, support availability, and so on. Those emotions are triggered when they can touch and feel the product for themselves, which is why it is vital that a company makes its products visible and physically accessible to its target audience.

And, although Tesla is trying to do things differently in nearly every aspect of its business, that truth about consumers is not about to bend itself to the will of the Mighty Musk, with all due respect. The only way Amazon managed to overcome that massive psychological barrier was competitive pricing, fast and free delivery, and easy, no-questions-asked returns with free return shipping. But even Amazon eventually realized that a vast physical presence was key to a successful e-commerce business.

To be brutally honest, it’s surprising that a really, really smart guy like Elon Musk didn’t figure this out a lot earlier in Tesla’s journey. Sometimes, the only way to learn is the hard way, I guess.