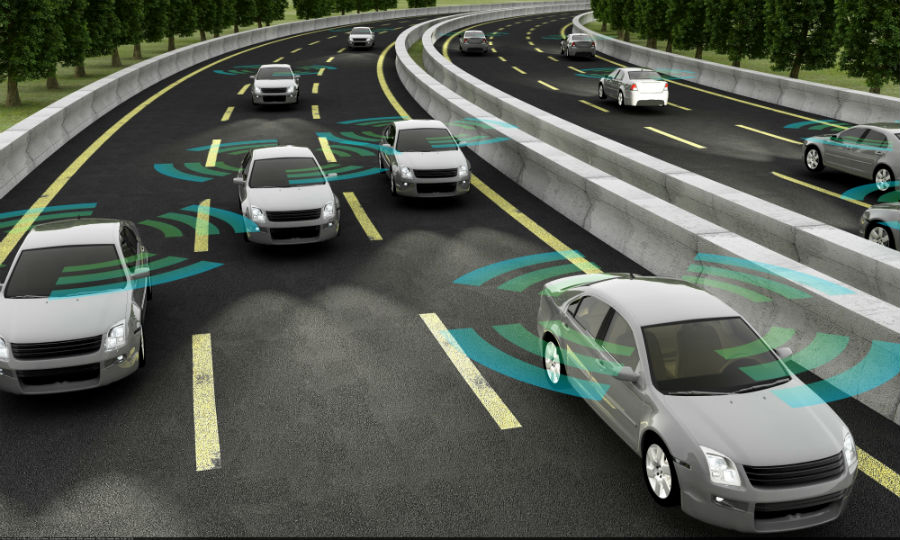 The way we drive is changing. From futuristic Hollywood movies to sci-fi fiction novels, the idea of driverless cars has been around for some time now – but it’s never felt as close to becoming reality as it does today. The UK’s Department for Transport wants fully autonomous cars on the road by 2021.

The potential advantages of this technology are huge. Road safety is expected to improve as the room for human error is reduced, while greenhouse gas emissions could drop significantly thanks to more economical driving and an increase in car-sharing. Passengers will also be able to use the time they would otherwise spend driving to catch up on work or relax.

But what about the impacts that are a little less obvious? Discover four industries and areas set for change.

It’s expected in the long-term that most autonomous vehicles will be owned by car manufacturers, technology companies and other service providers rather than individuals.

Instead of a car sitting idle on a driveway for large periods of time, these organisations will be able to distribute their vehicles around the clock, picking passengers up and dropping them off or completing various other tasks along the way.

This transition towards fleet ownership could also affect the livelihoods of the thousands of people that drive private vehicles for a living, be it taxis, coaches or other means of transport.

Fewer car owners is one of the many factors with the potential to change the face of the car insurance industry. Premiums are expected to drop as accidents linked to human error – think speeding, drink driving, distractions, tiredness – are reduced and eventually eliminated.

Car insurers will likely need to adapt and look for new revenue lines to make up for this decrease. Issues such as cyber security and product liability could grow in prominence as the threats and risks involved with driving evolve.

Wholesale change remains someway in the future however, as it may be decades before we see solely autonomous vehicles on our roads.

Insurance is not the only industry that is set to face disruption. While it’s easy to think that autonomous cars could lead to job losses for mechanics across the globe, these vehicles will still require ongoing maintenance. It’s more likely that the role of the auto repair professional will evolve, not be replaced as engineers take on more technical knowhow, as even driverless vehicles may break down and need maintaining from time to time.

Mechanics will increasingly need to be trained on topics such as computer programming while still utilising manual tools and garage equipment on a daily basis. A mix of physical skills alongside technical knowledge about diagnostics tools and other software will be essential for future mechanics. As more manufacturers adopt the technology, this training will need to be more regularly refreshed to cover any software updates or new systems.

And what about the infrastructure needed to support this transition? Charging time and the accessibility of charging points are two key concerns around electric vehicles, but advances are being made.

The UK government is driving initiatives for all new homes to be fitted with charge points, as well as many offices and other work environments. It’s thought that forward-thinking street lighting could also incorporate charging points as our urban environments are updated.

Can you image getting in a driverless car? It’s a switch that’s likely to be phased in gradually as manufacturers automate individual features at a time before introducing fully autonomous vehicles. Whether it’s in one decade’s time or two, however, change is coming.