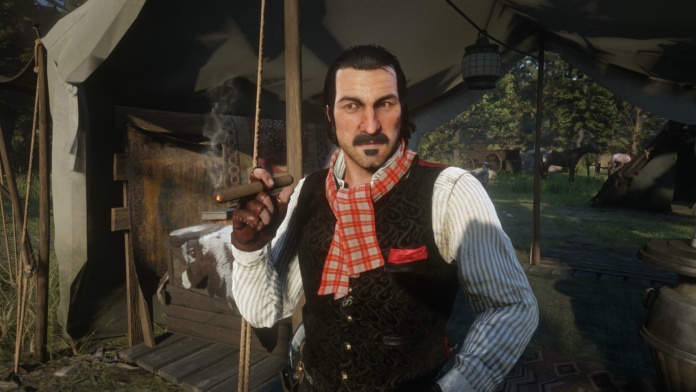 While there is much talk about the future of AI in gaming and the myriad of potential implementations, the current usage of AI in the game industry is not nearly as some make it out to be, nor is it really a massive focus for game developers. That’s not to say AI isn’t amazing technology, but it is surrounded by a lot of hype which we’ll try to dispel.

While many think of AI as something that can add Skynet-level awareness to video game NPCs (non-player characters) down the road, it’s a pretty far off possibility, and not exactly the end goal for most developers. In fact, most developers would rather implement controlled AI – yet realistic enough to appear sentient. This is because a sentient AI NPC could possibly go off the rails and just end up causing havoc in your game.

As an example of some of the best early forms of NPC AI that gave the illusion of sentience, consider the 2005 hit game F.E.A.R. The developers were able to make NPC enemies appear a lot smarter than they actually were, simply by attaching voice callouts to their scripted actions and the player’s. So the NPCs would call out “Throwing a grenade!” or “Flanking left!” to give the illusion of AI teamwork, as well as shouting out the player’s location (“he’s behind the pillar!”).

While incredibly dynamic and a remarkable achievement for game AI, it was still fairly scripted, just not in such a static way. Now let’s take a present-day example of remarkable AI, as found in Red Dead Redemption 2. Rockstar’s approach was to implement a Sense – Think – Act cycle for NPCs, as well as write over 80 pages of dynamic script per NPC, with around 1,200 actors total.

What this means is that each NPC will go about their daily life in a highly realistic and believable way, taking into consideration their personal storyline, assigned personality traits, and other factors. So while the NPCs in RDR2 may follow a routine, they approach it in a highly dynamic way, adding a complex layer of randomness and variance to their scripted actions.

Now, a sentient AI NPC given total freedom of choice, without any set routine to follow, would behave rather unpredictably, and not necessarily in a good way. Game developers want AI to have the illusion of unpredictably, but a truly unconstrained NPC could, for example, decide to just go on a mass murder spree, killing all of the major quest-plot NPCs in the game, and pretty much ruin the rest of the game for the player (as hilarious as it might be).

Perhaps a more conservative use of AI in gaming and other areas is facial recognition technology. As many of you will be aware, this allows a person to be identified and verified from an image or video frame by comparing them to a database of facial images. It’s no surprise that such technology has progressed rapidly with its accuracy continuing to progress. Many of us with a newer version of the iPhone or another Apple product will be familiar with facial recognition tech already.

In the future, this may extend to gaming consoles, PC games, and casino sites like Casumo.com to prevent identity theft and keep player profiles safe from hackers. The benefit from a security standpoint is clear if the technology can be trusted to accurately identify people at scale.

While AI has tremendous benefits in NPC behavior, it can also be leveraged by developers for literally shaping the game worlds. Take for example AI researcher Matthew Guzdial and his team at the University of Alberta. Guzdial and his team have been working on AI-driven software that, alongside humans, can develop entirely new games from the ground up.

To train their AI, Guzdial’s team trained the software on hours upon hours of platformer games, such as Super Mario Bros., Mega Man, Kirby’s Adventure, and others. The AI software was then able to figure out the basic rules of platformer gaming and follow an algorithm for mapping out level generation.

The AI took all it learned from “watching” the platformer games mentioned and began to develop its own levels and game rules, creating unique game logics spun from other logics, and so on, pretty much generating entirely unique levels and gameplay challenges that were similar to the video games it was trained on, yet altogether different as well.