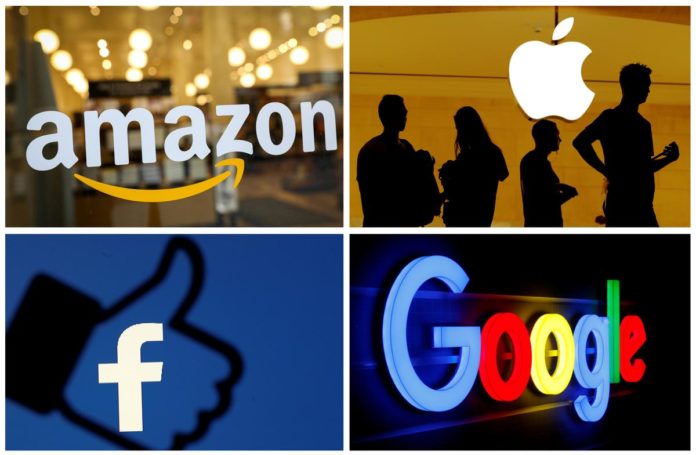 Even people who aren’t technologically literate know who the biggest tech companies in the world are. Ask the average person in the street who the industry’s biggest players are, and they’ll almost certainly give you a list of names that includes Google, Amazon, Microsoft, Apple, and Facebook. You might get a few additional names thrown into the mix, but those big-name companies will appear over and over again.

We’ve become accustomed to seeing those names linked with every significant new technological development and exciting new product that hits the market. Amazon might have started out as an online retail store, but they now also operate drone technology, subscription television, and even TV production facilities. Facebook does everything from private messaging through WhatsApp to online slots through its dedicated site-contained online slots page. It sometimes feels like there’s no part of our lives that these big players can’t touch, but Facebook, along with the rest of them, might be about to find out that it’s entered the world of online slots and gambling metaphorically as well as literally. No matter how much money you spend playing online slots, you’ll eventually go on a losing streak, and that streak might begin sooner than anybody thinks.

This Wednesday, a hearing will be held in the United States of America into antitrust activities carried out by all of the companies we’ve mentioned. This isn’t necessarily a new thing – such hearings have been happening on a semi-regular basis for several years – but the stakes might be growing higher as time passes. Not only are the concerns of regulators about behavior by the big tech firms intensifying, but the level of public interest in how those behaviors are checked and regulated is increasing. As the ongoing dispute within the FTC about how harshly Facebook should be treated rumbles on, there appears to be a growing consensus that hearings are no longer enough. Actions might soon be taken – and those actions might change the world of tech as we know it.

The issues faced by each company are different, but they all amount to the same thing. Facebook has found itself scrutinized ever since it acquired both WhatsApp and Instagram in what regulators believe might have been hostile or questionable circumstances. Google’s domination of the online advertising sector is under fire, too. Amazon is facing a series of increasingly difficult-to-answer questions about the way that it treats the same third-party sellers that its business model relies upon, and Apple’s App Store policies have attracted unwanted attention as well. In all cases, though, the issue is that the ‘big four’ are accused of engaging in business practices that give them an unfair – possibly even illegal – advantage over rival companies that exist within the same sector.

The hearings, which will go ahead after a slight delay later this week, are the current ‘final stage’ of an investigation process that began a little over a year ago into not only the competitive practices of the companies under the spotlight but also the question of whether the country’s current antitrust laws are sufficient for governing the ever-changing digital marketplace. In some ways, the firms are victims of their own success. They’ve pushed technology forward so quickly during the past two decades that even laws that were written ten years ago – recent history in legal terms – may no longer be relevant or applicable to the modern marketplace. If the committee concludes that the current set of laws no longer provides the correct combination of checks and balances, new ones may be drawn up. That’s likely to be bad news for the CEOs of the companies involved. Elizabeth Warren is already on record as saying she’d like to see Facebook broke up, and it’s doubtful that she’s alone in that view. It’s also doubtful that her concerns don’t also apply to the other businesses that find themselves under the microscope.

We should note that no matter what the outcome of this inquiry is, nothing will happen quickly. The committee doesn’t have the power to recommend or implement new laws, even if it believes they’re required. All it can do is make recommendations to the Federal Trade Commission and the Department of Justice. Either one of those entities – or, in a nightmare scenario for the four companies, both of them – could then either open new investigations of their own or formulate new legislation based on the findings of the commission. This would be especially bad news for Apple, which is also currently the subject of two different antitrust investigations within the European Union. The fact that simultaneous investigations are happening on both sides of the Atlantic suggests that regulators have reached the same conclusion on a global level – the ‘big four’ have too much power, and the time has come to do something about it.

The idea of the world’s largest and most powerful tech companies being forced to break up might seem far fetched. Even if things were to reach a point that such a thing was recommended or ordered, the matter would quickly end up in court. None of the companies involved would readily accept such a suggestion, and all of them have enormous financial resources to pay for a lengthy battle in court to avoid the prospect of a break-up happening. Even fighting the fight will put a strain on those resources, though, and would likely curb any further expansion plans while a verdict was awaited. In an industry where businesses either make money or cease to exist, that could theoretically result in the sudden loss of a company that once seemed to be beyond reproach and indestructible.

These will be nervous days for the CEOs of every company that finds itself subject to the committee’s scope of investigations. All of them will have the opportunity to state their case and defend themselves. All of them will have the chance to argue for their right to continue the way they are, and assert their right to govern their hugely successful businesses as they see fit. If the committee and the House has an appetite to make large-scale changes, though, that might not be enough. We might be about to see a major shift in the way that big tech companies expand and progress, and the seeds for that change could very well be sown this week.