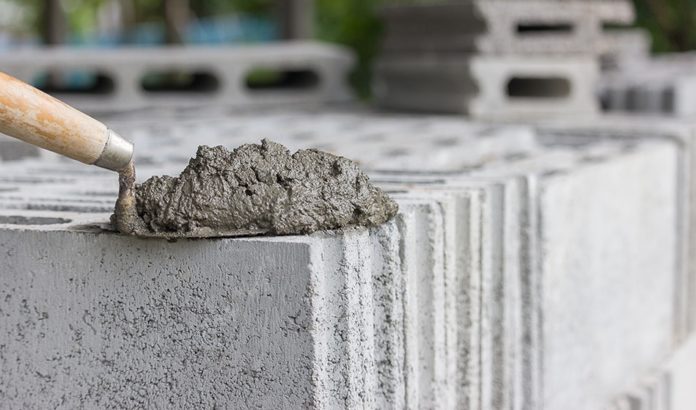 Cement has a long history. The ancient Romans used cement in the production of houses and municipal structures – some of which still stand in testament to the strength of the material. Roman cement, opus caementicium, incorporated pozzolanic ash, which made it very strong indeed. In more recent times, cement has been associated with quick (and often ugly) constructions. Despite this, many visionary architects choose to work with cement, which has some incredibly beautiful aging and patina qualities when used correctly.

Cement is produced in absolutely vast quantities. Worldwide, a staggering 4.1 billion metric tons of the gray building material was produced in 2019 alone. Countries with booming construction markets such as China are some of the main consumers and producers. With such large quantities of cement being produced each year, you wouldn’t be surprised to learn that some specialist machinery has been developed for the production of the material. Here are some of the machines that make modern cement production so efficient and consistent.

Cement production starts with the crushing of the raw material. The raw material used for cement varies from place to place, but some of the most common sources are limestone, industrial slag, shells, chalk and shale. Different crushers are suited to different materials, but regardless of what is used, it needs to be crushed up!

The crushed raw materials are then fed into a mill. The mill is used to grind the crushed material into a fine powder ready for clinker production. Cement mixture will often be milled several times in order to produce the finest powder. In some plants, kilned clinker will be re-milled after all of the other processes are complete.

The finely ground mixture is then heated up in a kiln to a very high temperature. Modern kilns are often rotary, horizontal and are controlled to a very fine degree by an operator. Temperatures will affect materials in different ways, so the scientific control of temperature can help to ensure a better cement. The kilned cement is known as clinker, and is essentially powdered cement.

Cold air is then blown over the clinker in a clinker cooler: forming cement powder. Fast cooling is necessary in order to efficiently produce cement. Manual cooling (just leaving the clinker in powder form in the open air) would be used if it were not for the fact that it would cause huge backlogs.

How does the cement mixture get from one machine to the other, you may ask? The answer is simple: conveyor belts. Most cement plant owners purchase belt systems from a third-party belt conveyor company. Conveyor belts have been in use in industry since the early 20th century, when leather and wood examples were installed in coal mines.

One advantage that conveyor belts have over rail or road transport in cement production is that they can be operated continuously, safely, and with minimal staffing. This increases efficiency massively.