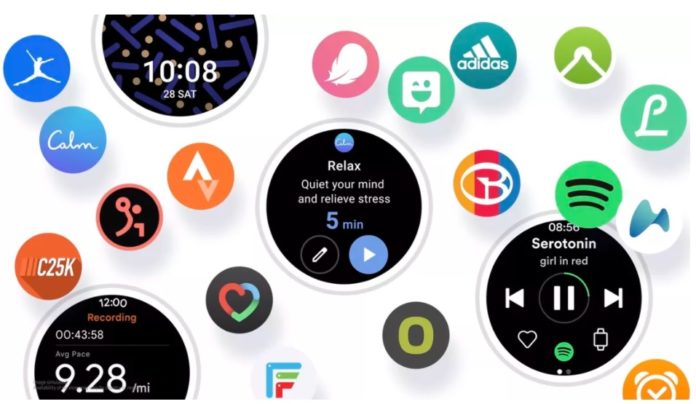 Samsung’s next Galaxy Watch will be announced at an event later this summer, and its new Google co-design OS and interface will be tagged as the One UI Watch. The news came at a virtual Samsung event on Monday as part of this year’s Mobile World Congress.

But for now, what Samsung has shown is a software interface. The actual watch design is unknown, but recent potential leaks from the design suggest that it looks similar to Samsung’s minimalist Galaxy Watch Active 2 design (and possibly the so-called Galaxy Watch 4).

Google and Samsung announced a partnership earlier this year to redesign future watches and Samsung Galaxy watches are the first device to receive the new software. Several other watches running the new One UI watch software, including Fossil, are expected later in 2021. The One UI interface promises to connect faster to paired phones just like the Apple Watch. Compatible apps should load on the phone and cross-load immediately on the watch.

At first glance, the UI looks a lot like Google. Features shown are straightforward: swipe apps, sync global clocks between phone and watch, and universal settings such as Don’t Disturb that appear on both watch and phone simultaneously.

The One UI Watch software loads apps through Google Play. Samsung has confirmed that Apps like Adidas Running, GolfBuddy Smart Caddy, Strava, Swim.com, Calm, Sleep Cycle, Spotify, YouTube Music, and Google Maps will be supported in this watch. The new platform will also support eSIM with LTE connectivity similar to the Galaxy Watch 3, so these new watches can also be used without your phone.

“We are excited to provide you with the latest wearable experience, including longer battery life, faster performance, and more apps from Google,” said Sameer Samath of Google in a press release from Samsung.

What’s in Store for Tizen-Based Watches

Some of the Samsung apps on the previous Galaxy Watch are available through the Google Play for One UI Watch, but details are still clear. Samsung has revealed that owners of existing Tizen-based watches such as the Galaxy Watch 3 and Active 2 will not be left out in the cold, with software updates and support for the launch platform guaranteed for three years after the initial release date.