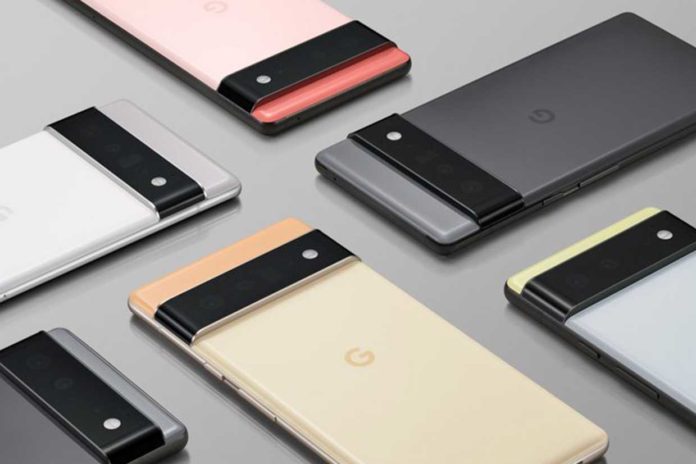 Google made its first official announcement on the release of the much-hyped Pixel 6 and Pixel 6 Pro yesterday, unveiling the new design of the phones. Google’s first Pixel phones made a huge splash when they were unveiled almost five years ago, but since then, the search giant has been volatile on mobile devices. The Pixel 5 scored high marks for its cameras last year, but it lacks the premium features you’d expect from a flagship smartphone, especially for the price.

Now that Google is making a huge creative splash with its pixel line, the question remains as to whether these changes will help the company compete with the best phones from Apple and Samsung, or disappoint former fans.

The original pixel is followed by Pixel 2, Pixel 3, and so on. Google has confirmed that the 2021 phones will actually replace the Pixel 6 and XL models – the Pixel 6 Pro. Google’s new announcement highlights that both phones will have many similar features: a new Google-designed tensor system-on-chip, a camera bar on the back of the phone, camera sensors that capture 150% more light, and more.

The official unveiling of the Pixel 6 and Pixel 6 Pro by Google draws special attention to Google’s new system-on-chip called Tensor. Google says it will distance itself from its previous devices powered by Qualcomm chips, and Google has made significant improvements to speech recognition and photography in these new phones.

Setting the Bar for Cameras

When it comes to the camera bar, the Pixel 6 Pro packs three cameras, including a telephoto lens with 4x optical zoom. The standard Pixel 6 does not have a telephoto lens. Google did not reveal the exact megapixels, but previous rumors put a 50-megapixel wide camera and a 12-megapixel ultra-wide camera on both models. The telephoto lens in the Pro model is rumored to be a 48-megapixel lens.

The Pixel 6 and Pixel 6 Pro are available in three colors each, the first being pastel shades of green, red and black. Pro takes on more metallic colors of black, gold, and gray.

When Will It Hit the Market?

It is believed that the Pixel 6 will be unveiled and released in the month of October.

Due to the ongoing epidemic and the unpredictability of the Delta variant, it is unclear whether Google will announce the arrival of its new smartphone at a live or virtual event.

In 2020 the Pixel 5 made some compromises to reduce the launch price to $ 699, making it a mid-range phone compared to its predecessors, the Pixel 3 and Pixel 4. Google will cut the Pixel 5 and keep the price (and specs) in line with last year’s offer.

Early rumors about the Pixel 6 camera setup have led to speculation that Google may upgrade to an under-display selfie camera, but it has been officially revealed that this will not be the case with the Pixel 6. However, this rumor is based on a patent filed by Google.

Speaking of selfie cameras, 9to5Google in March reported some interesting implications based on code tested in an upgrade to Google’s camera app. Takeaways include confirmation of the centralized hole-punch principle (with a redesigned status bar that moves the clock to the left) and support for 4K video.

Finally, Google announced improvements to its software for a “more accurate and comprehensive camera” that works well for a variety of skin tones. The upgrade includes phone auto-white-balance algorithm adjustments and a host of other features.