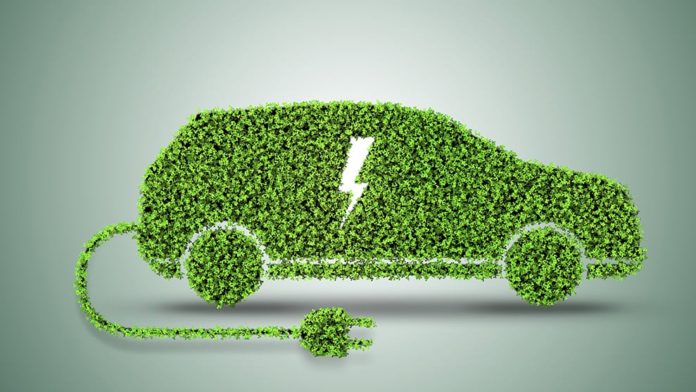 Electric vehicles have the potential to fundamentally alter the US transportation sector, significantly reducing carbon emissions and paving the way for considerable climate gains. Transportation is the country’s most polluting sector, accounting for 28% of total carbon (CO2) emissions in 2018. Electric vehicles have the potential to change this high-emissions sector. According to a 2015 research published by the Union of Concerned Scientists, electric automobiles produce half or less than half the emissions of equivalent gasoline-powered cars from manufacturing to disposal in the United States.

There are three distinct “levels” of EV chargers available. The normal 120-volt plug, which is frequently used for residential appliances, charges slowly but may fully charge a battery in many nights, or approximately 20 to 40 hours. Charge rates of 20 to 25 miles per hour are typical for 240-volt “level two” chargers, which reduces charging time to eight hours or less. Level two chargers can be plugged into the same sort of outlet as laundry dryers or electric ovens in the home. The connectors used for level two charging are referred to in the EV sector as SAE J1772. Finally, “level 3” direct current (DC) rapid chargers can charge a battery to 80% capacity in under 30 minutes. Level two chargers are now the most popular; the Department of Energy lists 22,816 public charging stations in the United States.

The development of level two chargers has been somewhat coordinated, with all automakers save Tesla adopting the same charge port architecture (with Tesla drivers using an adapter to connect). Various automakers utilize three types of DC fast chargers: the SAE Combined Charging System (CCS), which is used by the vast majority of manufacturers; CHAdeMO, which is used by Nissan and Mitsubishi; and the Tesla Supercharger (only available to Tesla drivers). This lack of vehicle compatibility differs from universal car access to petrol stations and may be a barrier to the broad adoption of electric vehicles.

Infrastructure for Charging is Readily Available

Rather than being fueled at a traditional petrol station, electric vehicles must be recharged at electrical outlets. Many EV users charge their vehicles at home using a specific wall-mounted charger. This setup is suitable for the vast majority of people, as the average person drives 29 miles each day. This distance is well within the range of today’s electric automobiles, which can typically travel between 150 and 250 miles on a single charge. However, two significant issues occur. To begin, for drivers who live in apartments, parking garages are rarely equipped with charging equipment, and building management may find it too expensive to add such infrastructure. Additionally, there is the issue of the electric expenses associated with common outlets. Due to the fact that frequent EV charging consumes more energy than the majority of other residential uses, building managers want a way to monitor EV charging to ensure that each vehicle’s driver is responsible for their own electrical usage.

Second, new charging infrastructure is required to enable EVs to do long-distance trips that necessitate many charging stops. According to recent research by the International Council on Clean Transportation, 10,000 additional charging stations would be required by 2025 to serve EVs traveling on intercity corridors. When doing longer trips, EV users may experience “range anxiety”, or the concern that the vehicle will run out of juice before reaching a charging station. According to surveys, worries regarding range and charging availability are a significant impediment to consumer adoption of EVs. According to a 2018 Harris poll, 58% of respondents cited “running out of power” as their primary reason for not purchasing an EV, while 49% cited “lack of charging stations.”

Despite the fact that electric vehicles reduce emissions even while connected to a fossil-fueled grid, they are a considerably more cost-effective emission reduction strategy when renewable energy sources account for a bigger share of the energy mix. According to the Intergovernmental Panel on Climate Change (IPCC), light-duty electric vehicles can cost “several hundreds of dollars” every tonne of CO2 abated on a relatively high-carbon grid (which emits 500–600 grams of CO2 equivalent per kilowatt-hour of electricity output). EVs, on the other hand, cost less than $200 per tonne of CO2 abatement in a low-carbon grid (one that emits less than 200 grams of CO2 equivalent per kilowatt-hour). It is critical, therefore, to maximize the usage of renewable energy to power electric vehicles.

Electric vehicles often have a higher sticker price than gasoline-powered vehicles, owing to the high cost of the materials and processes involved in battery production. Despite the fact that these costs have reduced dramatically over the last decade, the average sticker price for a new electric vehicle is between $30,000 and $40,000. However, over a 15-year period, electric vehicles are anticipated to save large amounts of money on fuel. According to research conducted by the National Renewable Energy Laboratory (NREL) and the Idaho National Laboratory, electric vehicles might save consumers between $4,500 and $12,000.

Financing and Ownership of Charging Stations

Installing charging stations for electric vehicles is expensive; component costs for public charging stations can range from as little as $2,500 for a level two charger to $35,800 for a DC fast charger. These figures exclude installation costs and “soft costs” such as navigating the permitting procedure, regulations, and utility hookup. These expenditures raise the question of who will bear the cost of these stations’ construction. At the moment, charging station installation is mostly funded by automobile and energy corporations, as well as business owners, such as operators of parking lots and garages, shopping centers, and businesses attempting to attract EV users. Volkswagen’s Electrify America program and Tesla’s station deployment are two of the largest charging station programs in the country. Each company is investing approximately $2 billion in its own project. EVgo, a startup that installs DC fast chargers, is now working on a project that is being supported through venture capital, state government grants, and environmental programs.

Unlike petrol stations, where the price of fuel is fixed per gallon, EV charging can now operate under a variety of different pricing methods, resulting in uneven pricing and occasionally exorbitant charging fees. Home charging fees are set by utility regulators at consistent kilowatt-hour (kWh) rates. Pricing strategies for public charging stations have included session fees, per-minute costs, and tiered pricing based on a vehicle’s maximum charging speed. Frequently, charging station fees are not displayed. This inconsistency and lack of transparency act as impediments to EV adoption, as they might result in customer annoyance and poor experiences. Per-kWh pricing schemes are most similar to gas costs in that they are decided by the amount of energy delivered to the vehicle. Typically, EV drivers prefer this pricing model. State laws impose restrictions on available pricing structures. States are gradually allowing per-kWh pricing, sometimes in conjunction with a tiered pricing structure that costs more for faster charging speeds. In areas such as Maryland, where regulated utilities operate charging stations, drivers pay per-kWh prices set by the utility regulator.