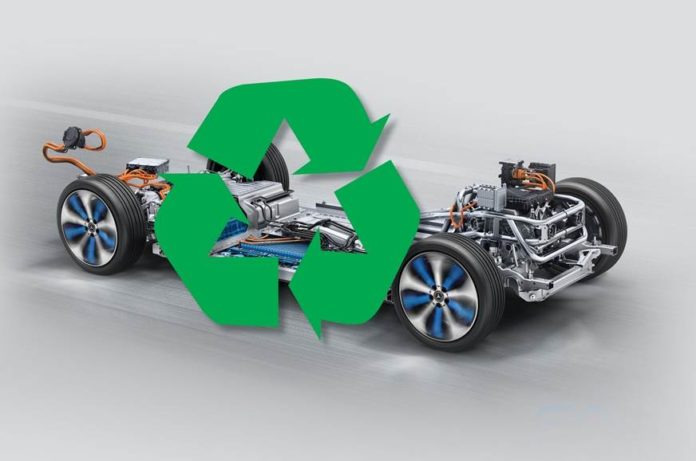 Our lives are becoming increasingly reliant on battery-powered products, the majority of which now utilize lithium-ion batteries, such as cell phones, computers, power tools, and—most significantly for us—electric vehicles. And many of us, at the very least, have encountered some degree of battery degradation. However, electric vehicles are more expensive, and reductions in battery capacity or ability to retain a charge might have a substantial effect on your driving behavior. Consider the fuel tank of your gas-powered car dwindling over time!

So, what are EV owners to do? The University of Michigan’s research into how customers may extend the life of lithium-ion batteries (in automobiles, phones, and other devices) was recently published in the Journal of Energy Storage, and it includes a few pointers. The research was funded by the Responsible Battery Coalition, a group of companies (including Ford and Honda), universities, and organizations committed to responsible battery management now and in the future to mitigate the environmental impact of our increasingly battery-powered lifestyles. Along with an academic study into battery longevity, the team examined battery usage and charging recommendations found in user manuals from manufacturers such as BMW, Chevrolet, Ford, Fiat, Honda, Hyundai, Kia, Mercedes-Benz, Nissan, and Tesla.

1. Avoid prolonged exposure to high temperatures during storage and use — Whenever possible, park your EV in the shade or plug in to allow the battery’s thermal management system to operate on grid power.

2. Avoid prolonged exposure to low temperatures — Again, the threat is primarily associated with unplugged parking in extremely cold conditions. If you can connect to a power source, the battery’s thermal management mechanism can keep the battery comfortable. Even when the vehicle is not plugged in, certain EVs automatically use the thermal management system until capacity decreases to 15%, at which point things turn ugly.

3. Minimize time spent at 100% charge — Resist the temptation to plug in all night every night. If daily travel consumes 30% of the battery, using the middle 30% (between 70% and 40%) is healthier for the battery than continuously using the top 30%. At some point, smart chargers will interact with your schedule, anticipating daily driving needs and tailoring the need for charging accordingly.

4. Minimize time spent at 0% state of charge — Battery management systems often turn off an electric vehicle well before it reaches 0%. The larger danger is leaving a vehicle unplugged for an extended period of time, to the point where it self-discharges to zero and remains there indefinitely.

5. Avoid fast charging — Automakers understand that one of the keys to mainstream EV adoption is the ability to charge as quickly as filling a petrol tank, which is why they are hesitant to caution against high-voltage direct current charging. Furthermore, it is entirely suitable for recharging during infrequent lengthy trips or when an unforeseen appointment depletes your targeted 70% overnight charge. Make a point of not allowing it to become a habit.

6. Avoid discharging faster than necessary – Simply keep in mind that each one increments the eventual demise of your vehicle’s battery by a certain degree.

As the name implies, these batteries operate on positively charged lithium ions. These ions are electrostatically attracted to electrons. They cling to several anode molecules (which are often carbon) in a fully charged battery, along with an electron. When energy is extracted from the batteries, the electrons leave to perform their functions, while the lithium ions migrate through a specific separator that permits only these ions to pass. Once on the other side, they cling to cathode molecules (often metal oxides) alongside the electrons that just assisted in spinning a motor, lighting a lamp, or delivering a tweet.

The University of Michigan battery research took both calendar and cycle aging into account. Additionally, it focused on two primary types of battery degradation: capacity fade (when the amount of energy stored in amp-hours decreases) and power fade (when the internal resistance of the battery in ohms increases, reducing the rate at which energy can be pushed into or drawn out of the battery). Capacity fade affects the range and fuel consumption of an electric car; power fade affects the vehicle’s driving performance—acceleration, gradeability, and the rate at which it can be recharged via the brakes or a charger.

What Is the Actual Cause of Battery Degradation?

Lithium inventory loss occurs as a result of different processes that remove lithium ions from circulation. When lithium is plated onto the anode as a protective “solid electrolyte interphase” (SEI) layer during the initial charging cycles of a new battery’s life, it always depletes roughly 10% of available lithium. Loss of active material (LAM) occurs naturally as electrodes degrade, resulting in fewer sites for lithium ions to connect. Capacity fade will be influenced by whichever of the above is the worse, but both forms have an additive effect on causing power fade. Mechanical stress occurs when the electrodes undergo “lithiation” and “delithiation,” causing their volume to vary by up to 10%. This swelling and contracting of the SEI can result in “exfoliation” and cracking, which may remove further lithium from circulation when it re-plates.

2. Low Temperature — Slows the rate of ion diffusion through the separator, primarily.

4. Low State of Charge — Can corrode and dissolve transition metals in the anode’s copper current collector.