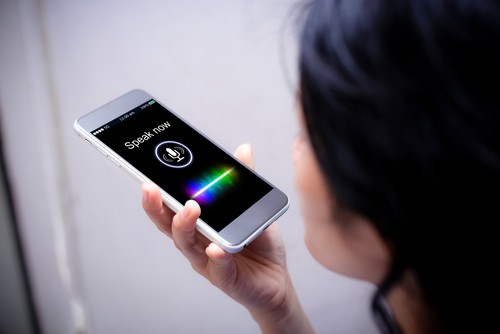 Communication has shifted dramatically in the modern era as a result of the proliferation of new technology. For instance, when we phone a huge corporation, we are never greeted by a physical human being. Rather than that, an automated voice recording responds and advises you to go through a built-in menu by pressing buttons. Numerous mobile application development companies have developed concepts beyond simply pushing buttons; users now only need to say a few words to resolve their issues.

How Is This Possibility Possible?

This is all attributable to speech recognition programs that operate using acoustic and linguistic modelling techniques. Acoustic modelling establishes a relationship between linguistic units of speech and audio signals, while language modelling associates sounds with word sequences to differentiate similar-sounding words.

This programme, available for both home and corporate usage, enables users to speak to their computers and have their words translated to text using word processing and speech recognition. You may use function commands to perform tasks such as setting the alarm, opening files, and making a reservation at your favourite restaurant. On the other hand, certain mobile applications are designed for specific business purposes, such as medical or legal transcriptions.

How This Technology Is Applied?

The world is awash in smartphones, smart cars, and smart appliances, but we frequently overlook the function of voice in these devices. Speech recognition is an incredible amount of work! Consider how a child acquires a language. From the moment a child is born, sounds surround them. Although very young children do not understand the words, they absorb all clues and pronunciations, and their brains develop patterns and connections due to how their parents communicate.

• The user says a few words into a smartphone app’s speech recognition.

• The recognition software converts the spoken words to text.

• The transformed text is then passed to the search engine, which produces the results.

The Advantages of Voice-Activated Mobile Applications

• Easier and faster: Previously, the only way to transmit command was via a keypad. With the addition of voice recognition, communication with gadgets has become more natural and efficient.

• Works precisely: Errors can be avoided, and users can concentrate on the task at hand rather than on their phones.

Why Is It Critical?

By incorporating speech recognition capabilities into your mobile application, you may accomplish much more without using your phone’s keyboard. When texting someone, typing lengthy statements can result in typos and is inherently laborious, but you can communicate hands-free with voice capabilities. Mobile app developers may boost user interaction and experience with speech technologies, as mobile app commands provide a unique solution to address UX challenges. Whether you’re trying to avoid distractions or are unable to handle the touchscreen, a voice assistant may be the simplest answer.

Because speech integration is a relatively new technology, difficulties are certain to arise.

• Real-time response behaviour: The device’s real-time response behaviour is dependent on its network capabilities, network connection, and microphone. When a user speaks a command, the mobile app must communicate with the server in order to translate the speech data to text. Once the text has been transformed and returned to the device, it becomes actionable. Real-time response behaviour refers to the process of transmitting and receiving app action. If the defined action is a search, the device makes a separate request to the server to retrieve the results. In such instances, network delay can be the most difficult factor to overcome. To circumvent this, developers must ensure that the app’s source code is optimized effectively. Additionally, they can offload voice recognition and search functions to the server.

• Languages and accents: Not all software supports all languages, and developers must determine the regions of their target audience to make strategic judgments about the languages and accents recognized. Accents are an issue for language since they can make it difficult to target and distinguish each accent and associated language. Google’s API supports various accents and is the best way to ensure that your mobile application supports a wide variety of accents.

• Punctuation: This is one of the most significant issues that voice-based software faces. Unfortunately, even the best enhancements and algorithms may fail because of the almost infinite number of sentences with various types of punctuation.

Several of the Most Advanced Voice Recognition Technologies

• Siri: The “Hey Siri” feature enables users to communicate hands-free. Siri performs far better in iOS7 than in previous versions. Siri answers more quickly comprehend more, and communicates more naturally. If you’re viewing a webpage or application, you can say, “Remind me of this,” and Siri will recognize the page or application and add a reminder. You can also include a time or location, eliminating the need to copy/paste or describe precisely what you want.

• Microsoft Cortana: Cortana is Microsoft’s virtual assistant for a variety of its products. It is a free digital assistant that can send reminders, save notes and lists, organize tasks, and assist you with calendar management. This software can send location-based notifications, organize meetings, and attach photographs to reminders, among other features. Cortana can remind you of email commitments when Office 365 or Outlook is utilized. Like other smartphone assistants, Cortana will quickly respond to your search queries and can even assist you in locating things you’re passionate about, such as your favourite restaurant and making other appropriate recommendations.

• Amazon Alexa: Using Alexa is as simple as asking a question – ask to play music, adjust the light, or read a recipe, and Alexa will respond instantaneously without the need for a screen or physical activation. Alexa is designed to make your life easier whether you’re at home or on the move by allowing your voice to control your world. The more you converse with Alexa, your speech pattern, pronunciations, and personal preferences get ingrained in her. You may contact or message anyone using the Alexa app simply by connecting to your home’s Wi-Fi network. Once you’ve gotten acclimated to Alexa’s eccentricities, it’ll feel more natural and responsive than conversing with a phone-based voice assistant like Siri. Eventually, you’ll notice that you’re using your phone less frequently at home.