Home Artificial Intelligence Who the F is Alexa? 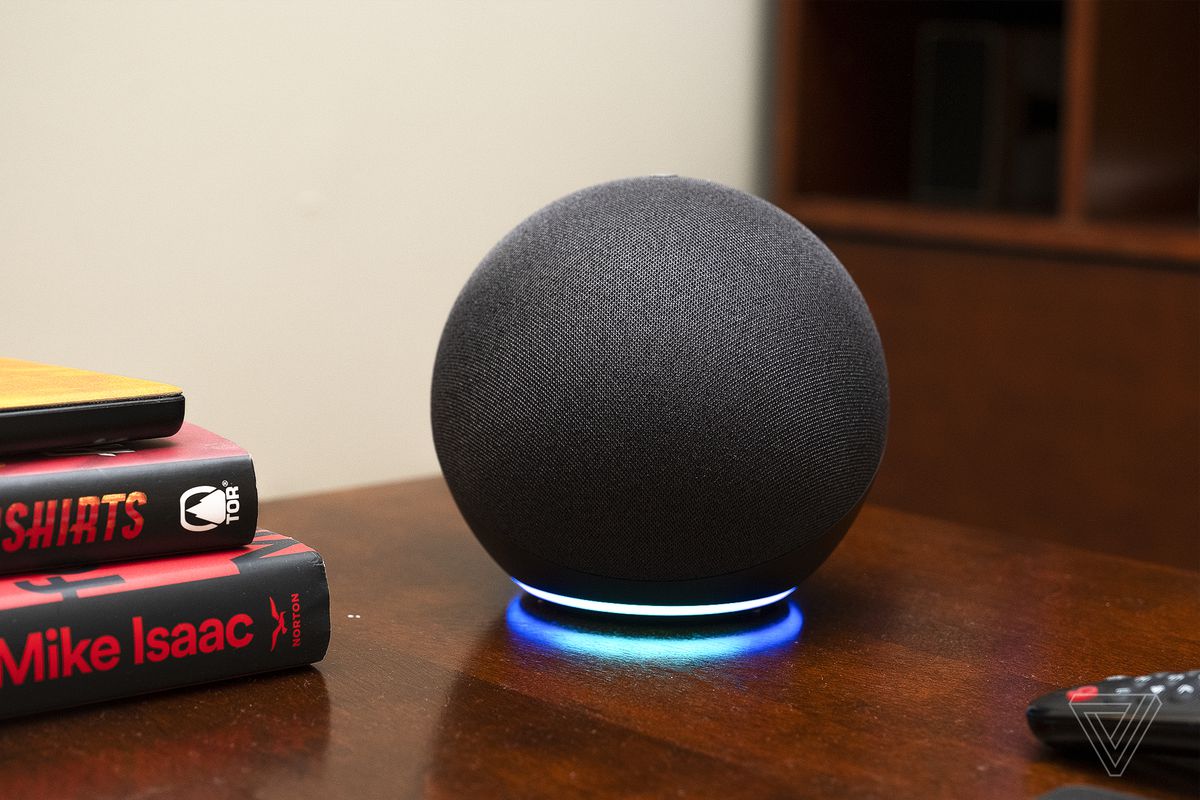 Alexa is a virtual assistant that can be controlled by voice commands. He or she (or they or it or non-binary or whatever) can play audio, operate your smart home, answer questions, and connect you with your favorite services in order to help you stay organized, informed, safe, connected, and entertained. She is also your shopper because she is an Amazon product.

Alexa is a cloud-based service that is accessible via an expanding number of smart speakers and other Alexa-enabled devices.

Alexa was inspired by science fiction films: According to David Limp, Amazon’s senior vice president who managed the project, Alexa developers hoped to rebuild the talking computer that appeared on board the Starship Enterprise in the television series Star Trek: The Next Generation. When she made her debut in 2014, she was accompanied by the Echo smart speaker.

Alexa’s name is intended to invoke the Ancient Library of Alexandria in Egypt, in addition to having appropriate phonetics.

What Is It That Alexa Can Do?

Instead of using apps, Alexa makes use of “skills,” which are similar to the software that powers your smartphone. Alexa, like your smartphone, comes pre-loaded with a variety of skills, with the ability to add additional capabilities as desired. Amazon’s skill collection has now surpassed 25,000 items, including many from companies that you are likely to use on a regular basis. Every day, more and more items are added to the collection.

Among Alexa’s most well-known capabilities are the following:

• Put on some music.

• Inform the public about breaking news.

• Keep an eye on the weather.

• Take command of your smart home

• Keep track of your lists and calendars.

• Use timers and alarms to keep track of things.

• Oversee the administration of games

• Request a ride from someone.

• Place an order for dinner.

Make Alexa a Part of Your Life

The device on which you will issue commands will need to be Alexa-enabled in order for Alexa to function as your personal assistant. For the vast majority of existing customers, this means a smart speaker, such as one of Amazon’s own Echo devices.

The Alexa companion app, which is available in the Apple, Google Play, and Amazon app stores, allows you to configure, customize, and control Alexa. Alexa is also available as a web-based application at alexa.amazon.com, among other places.

Among a slew of other administrative activities, the software allows you to perform the following:

• Connect Alexa to devices that can be controlled by Alexa.

• Configure your default services, such as your favorite calendar and music-streaming services, and connect the accounts that are linked with them.

• Manage your lists, alarms, reminders, and timers by viewing and managing them.

• Examine your abilities and make room for new ones.

• Put together your briefing in a flash.

The Influence of Alexa

Digital assistants are poised to become the next great technology sensation, following in the footsteps of the smartphone. Because Alexa was the market’s first important entrant, the company has maintained a competitive advantage even as competitors such as Google (Google Assistant), Apple (Siri), Microsoft (Cortona), and Samsung (Bixby) work to close the gap.

Amid the rising acceptance of digital assistants, smart speakers are now present in more than 7% of American households, according to the latest data. Analysts predict that number will have increased tenfold by 2020, which is only two years away. During this time, Alexa’s share of the market has been consistently above 70%.

Her influence is spreading around the world: When Amazon announced a huge international expansion in December 2017, it included the introduction of Echo devices in 80 new countries. The Alexa-enabled devices from the Echo family were in high demand following the 2017 holiday shopping season, with Amazon selling tens of millions of them.

Despite their infancy, digital assistants are already having an impact on consumer behavior. According to Dashbot’s poll, nearly 75% of respondents indicated they used a voice assistant at least once a day and nearly 60% said they used one more than once. Only 20 percent of respondents stated their assistants did not influence their behavior or daily routine.

Businesses in a variety of industries face both dangers and possibilities as a result of these growing behavioral trends. Already, voice assistants are being used to make purchases by millennials, and more than half of them will be using them by 2020.

As the popularity of Alexa grows, so will the growth of Alexa’s technological capabilities. A growing number of businesses will develop skills in order to take advantage of altering consumer habits and a burgeoning market, thereby improving the Alexa experience and accelerating her development.

Alexa is becoming better and better with each passing day. Her enthralling evolutionary path served as the inspiration for The Assistant.

This is Amazon’s Biggest Contribution to Artificial Intelligence So Far