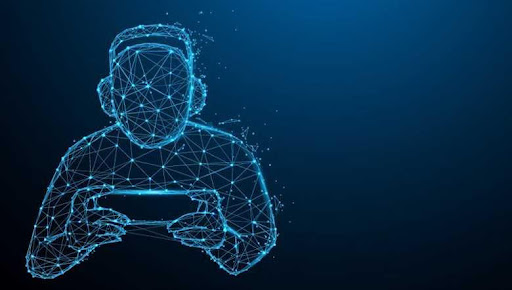 There is no question that the recent pandemic has had long-lasting effects on the world. It was completely unprecedented, and no one was prepared for the changes that it brought. Multi-million-dollar businesses were forced to close and, for some time, the world simply stopped spinning. For many, the prospect of their favourite entertainment venues being closed and having to remain inside their home was too much and had consequences on their mental health. Things that were taken for granted, like going to the movies or the shopping mall, were soon rendered to be fantasies. Despite this, there was one activity that millions resorted to throughout lockdown periods: gaming.

The video game industry had a rocky start when the first video game was released to the public, but in recent years they have exploded in popularity and have become part of society. This can be seen by the fact that around 2.5 billion players around the globe are gamers and considering the number of people in the world, that is an extraordinary feat of the industry. Given how many people play games then, it was fortunate that many people had access to a video game console or gaming computer during the pandemic.

It cannot be overstated how much video games helped people during the pandemic. Many people might have understandably felt upset and even despair about the state of the world, and how it would affect them. In the face of such hardships, it would be important for those that felt this way to have access to an escape of sorts that would allow them to take a break from the harsh realities of the pandemic landscape. Enter video games. Video games are perhaps the purest form of escapism there is, as the complex and massive worlds some games can create dwarf in comparison to other media such as movies and literature. The form is inherently interactive, meaning that players can simply get lost in the game and shed little worry about the world around them. Given the context of the pandemic, this was an invaluable experience that many gamers appreciated.

While some video games are made with immersive single-player experiences in mind, multiplayer games seek to provide entertainment to players by allowing them to play with or against each other. As many could not see friends and family during the pandemic due to restrictions, multiplayer games provided a lifeline that people could use to maintain relationships and even build new connections with players online. Humans at their core are social animals, and while the extent of this notion may deviate from person to person, most of us crave social interaction. Fortunately, video games like Grand Theft Auto V exist, which allows players to do a range of activities with their friends, including going to the casino. This would have been appreciated to players who live in places where gambling is restricted due to legislation such as the Alaska gambling laws and would have offered gamers some semblance of life before the pandemic.

There is no doubt that video games played saviour to many during the pandemic, given their social and mental benefits. Following this, it is likely that the gaming industry will continue to grow for years to come.