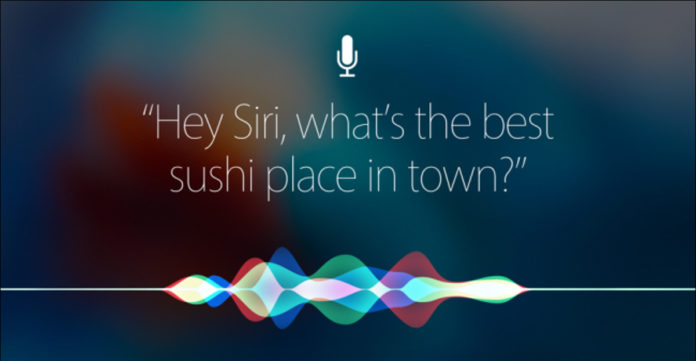 Siri is Apple’s voice-activated personal assistant, which has been available for several years. Siri debuted with the iPhone 4S, but it is now also accessible on the iPad, iPod touch, Apple Watch, AirPods, and HomePod, as well as the Mac (macOS Sierra and later).

Siri has evolved throughout time. Her IQ has increased, as have her abilities. Additionally, she has had to stay current with Amazon’s Alexa and Google Assistant.

So what makes Siri unique? What is she capable of accomplishing, how does she perform it, and how can she assist you if you are an Apple user? This section contains all of the information you need to know about Siri.

What Exactly Is Siri?

As previously stated, Siri is an integrated, voice-activated personal assistant offered to Apple users. The concept is that you communicate with her like you would a friend, and she will assist you in accomplishing tasks, such as making a dinner reservation or sending a message.

Siri is designed to provide a seamless interface for connecting with your iPhone, iPad, iPod Touch, Apple Watch, HomePod, or Mac. You can ask her questions, direct her to demonstrate something, or offer her commands to execute on your behalf, all while remaining hands-free.

Siri has access to all other built-in applications on your Apple iPhone – Mail, Contacts, Messages, Maps, Safari, and so on – and will invoke other applications to show data or search their databases as required. Siri, in the end, performs all the legwork for you.

How To Launch Siri?

Additionally, you can invoke Siri via buttons. Suppose you have an iPhone with Touch ID (iPhone 6S or later), press and hold the Home button while saying what you need. Hold down the side power/wake button on iPhones with Face ID (iPhone X and newer). You may need to wait for Siri to appear before making your request on some devices.

Hold down the Digital Crown or speak “Hey Siri” on the Apple Watch within a few seconds after raising your wrist. From here, you may instruct Siri to perform various tasks, and the way Siri on the Apple Watch answers will vary depending on the task at hand.

For instance, if you ask her for directions, she will bring up the map on your Watch, and all you have to do is push start to get started.

However, if you ask a more complex inquiry that demands a more extended response, Siri will automatically launch on your iPhone to complete the operation.

Opening an app, setting the alarm, phoning your mother, or checking the score of your favourite team are all possible from the Watch, and Siri will be expanded for WatchOS 7 – due out in a few weeks – with on-device translation and Announce Message support.

What Is Siri Capable Of?

Siri is capable of a great deal. She’s knowledgeable and occasionally quite amusing as well. If you’d instead make Siri laugh then request something serious.

Otherwise, Siri may assist you when out and about or while driving if your car supports CarPlay, with sports and entertainment information, phone calls and messages, organization, tips and tricks, and, of course, providing answers.

At a look, she will read your most recent email, text a buddy to inform them of your impending arrival, shuffle your road trip music on Apple Music, tell you of today’s cinema schedule, locate a restaurant for three in London, or phone your father at work.

Additionally, she can lead you to a nearby nice restaurant, flip a coin, locate books by a particular author, set the alarm, provide directions, and even set a reminder that will activate only when it detects that you are in, or have left, a specified location (“pick up the dry cleaning,” when you leave work, for example).

That is not everything; in fact, it is likely not even half. She’ll tell you the weather forecast for tomorrow, reschedule meetings, tell you when your team’s next game is, and you can even get her to roll a die, among other things. We previously stated that she was pretty intelligent.

How Does Siri Function?

Siri is built on Artificial Intelligence and Natural Language Processing foundations and consists of three components: a conversational interface, contextual awareness of the user, and service delegation.

The conversational interface is concerned with how Siri initially understands you. While the overall operation of word-for-word speech recognition must be accurate to hear what you’re saying, understanding the meaning depends entirely on statistics and machine learning, which is where the personal context-awareness system comes in.

Siri has done an enormous amount of work to forecast what you’re getting at based on the key phrases you use, as well as your general habits and linguistic preference. She is designed to adapt to your unique tastes over time and to tailor results to you.

The service delegation system provides unrestricted access to all of the built-in apps on the iPhone and their internal workings. This access is how Siri operates. Siri would be a reasonably useless helper without access.

Is Siri Able To Communicate in My Language?

How Do I Change the Gender and Accent of Siri?

To switch between male and female Siri, navigate to Settings > Siri & Search on iOS or Apple Menu > System Preferences > Siri on macOS Sierra or later. You can customize Siri settings on HomePod and Apple Watch using the Home app and the Watch app, respectively. Siri Voice’s gender and dialect possibilities are determined by the language you select. Additionally, within these Siri settings, you may enable or disable the “Hey Siri” command, as well as view Siri Shortcuts and choose whether or not to allow Siri access when your device is locked.