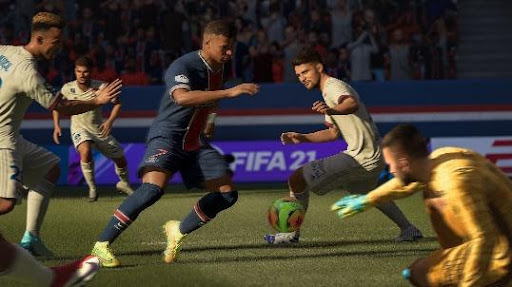 Gaming has taken the world by storm and has experienced an astronomical rise in both players and revenue. This is because video games offer people something that most other media do not: interactivity. Most will agree that this idea is at the core of every video game and it is something that makes them so enjoyable to play. When video games are played with friends though, this experience is amplified, allowing groups of gamers to have much more than they would have if they played solo. Every gamer will likely have an unforgettable moment that occurred during multiplayer play, as experiences are much more memorable when they are done socially.

Multiplayer games would have been vitally important to gamers across the world during the recent pandemic, as many were forced to stay home to isolate themselves. Even those who could still go out found that their favourite venues were shut, meaning that they had to look to activities accessible from home to pass the time. This would have included things like online shopping or gambling, those who want to take part in DE sports betting can do so here, but the most popular activity would have, of course, been gaming with friends. This is because it allowed people to maintain their relationships remotely, as well as allowing people to build new connections. Here are some of the best multiplayer games out at the moment.

FIFA 21 – Veterans of the series will question this game’s inclusion here as they will argue that it can produce some of the most frustrating moments in gaming. These people have a love-hate relationship with the game though, and most people will enjoy the smooth, satisfying gameplay that FIFA 21 offers. Fans of football will also appreciate being able to play as their favourite teams and players. Although friends can play against each other, the game mode of choice is certainly Pro Clubs, where gamers can join up and create their own team to dominate the league.

Minecraft – This deserves an entry here purely for the fact that it is the second bestselling game of all time. There is no doubt that this is impressive, seeing as how it was only officially released around ten years ago. In Minecraft, players are given an open world where they can do virtually whatever they want. The common tagline for this game is that the only limit is the player’s imagination. While being a cliché, it is simply true. It can be argued that the game is best enjoyed with friends, as they can compete against each other to build the best house or be the first to find diamonds.

Rocket League – Those who appreciate FIFA may also come to love the gameplay that can be experienced in Rocket League. This is a game that merges football and racing to produce one of the most unique games of the decade. As it is free-to-play, gamers should not have a problem with convincing their friends to download it and try it out, and they are sure to have hours of fun given some of the chaotic situations that can happen during play.

Those who are looking for some great multiplayer games to play with their friends will feel at home with any of these options.