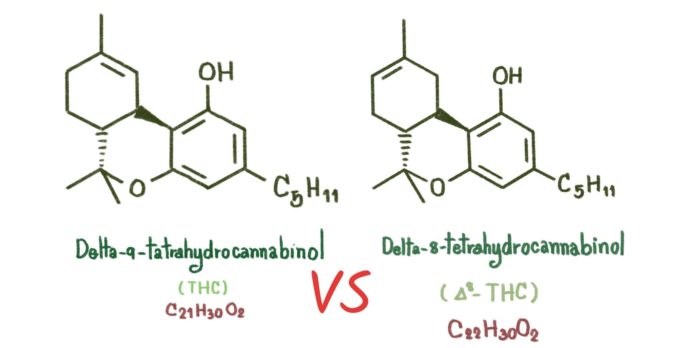 There are many people these days who turn to CBD products for the wide range of benefits that they offer. This includes benefits such as improved mental wellbeing, a boost in energy levels, better overall health, and much more. Many people who use CBD products prefer to go for Delta-8 ones, but what a lot of people are unaware of is that Delta-8 can show up in drug tests. This can be a huge problem for those who need to be drug tested for reasons such as work.

Some people have asked ‘does Delta 8 show up on a drug test?’ and the simple answer is that it will show up on the results of standard drug tests. This is unfortunate, as it means that those who have these tests could be viewed as having taken an illegal substance when this is, in fact, not the case. This is because regular tests do not pick up on key differences between illegal Delta-9 and legal Delta-8, which can pose serious problems for those who use Delta-8 products and who have to get a drugs test done. In this article, we will learn more about Delta-8 and drug tests.

Some Points to Keep in Mind

There are a few important points to keep in mind when it comes to Delta-8 and drug tests. Some of the things to remember are:

There Is a Key Difference Between D-8 and D-9

Some people get confused between Delta-8 and Delta-9, and it is important to remember that there are key differences. Although they both have the same chemical composition as D-9, the chemical arrangement differs between them. So, the chemical arrangement with legal Delta-8 is different from that of Delta-9. Having said that, regular drug tests are unable to pick up on this difference, and this is where the issues arise.

Following on from the above point, regular drug tests cannot pick up on the chemical arrangement differences between Delta-8 and Delta-9. So, if you use Delta-8 products and have a drug test, you may find yourself being viewed as having taken something illegal as it will show up as a red flag on your test results. For those that need to have drug tests for work, this could be a big issue as it looks like you may have had an illegal drug even though you haven’t.

You Can Get a Confirmation Test

One other thing to keep in mind is that if you do have a drug test or are meant to have a drug test for work or other reasons, it is worth speaking to an authority figure such as your employer if you have used Delta-8 products. This is because a confirmation test can be arranged, and this will be able to determine whether it is Delta-8 or Delta-9 in your system.

These are some of the key points that you should keep in mind when it comes to Delta-8 and drug tests.