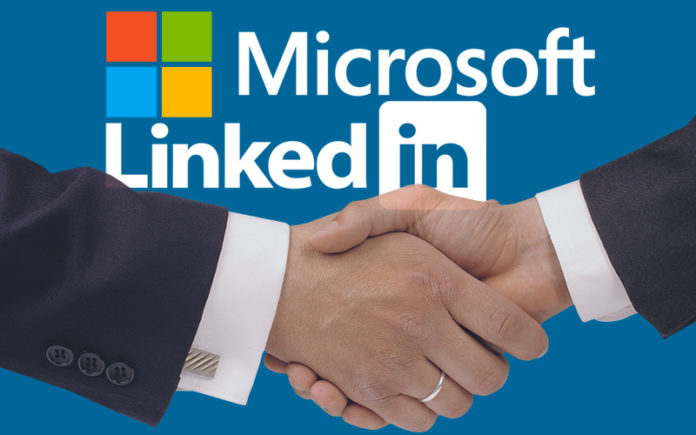 It’s a known fact that if Microsoft acquires LinkedIn, the software giant will control some very valuable enterprise data – the profiles of 450 million working professionals from 200 countries. That has others like Salesforce.com worried, which is why Salesforce is now petitioning the European Commission saying that Microsoft will gain an “unfair competitive advantage” which may let them deny anyone else access to that data.

But the problem is, LinkedIn wants this deal to go through. So what they’re doing now is creating partnerships with companies like Salesforce and sharing parts of their data so they can integrate that into their own systems. One such company is SugarCRM, whom LinkedIn apparently approached with such a data-sharing proposal.

Why is Salesforce Blocking the Acquisition of LinkedIn?

The motive behind the proposed LinkedIn acquisition by Microsoft is obviously data. That is the currency of our times. With data, companies rule; without it, they suck. The acquisition will not only give Microsoft access to hundreds of millions of accounts, but also the underlying data trends. And that’s why Salesforce is worried.

If the deal goes through, Microsoft will have even more leverage to impinge on Salesforce’s core offering – a cloud-based customer relationship management (CRM) software. Salesforce’s entire system runs on data about customers, and LinkedIn is nothing but a massive list of prospective customers that every B2B company would love to get their hands on.

For Microsoft, the acquisition will mean many things: access to data on the world’s workforce, a premium sales prospect list, an advertising platform, a revenue stream of about $3 billion a year, a potential customer base for software and hardware (Office 365, Surface, Windows 10) and a whole lot more.

But now, Salesforce is even more worried about the LinkedIn acquisition because regulators in the U.S., Canada and Brazil have already cleared the proposed acquisition. That’s why the company has gone across the pond to make a plea to European regulators.

It’s not likely that Salesforce will prevail over European authorities, but the company’s reaction to the acquisition proves that this was a major coup for Microsoft.

In the meantime, LinkedIn itself has been offering deals to companies like SugarCRM in the hope that sharing data will help grease the case in Microsoft’s favor.