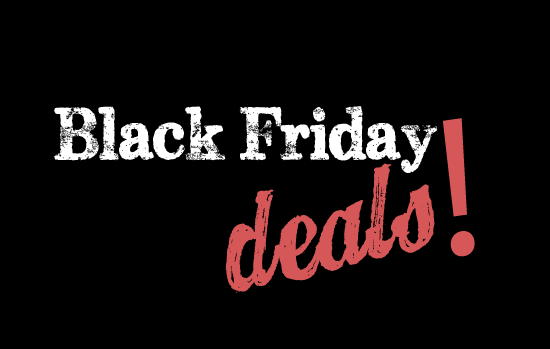 Black Friday is getting a bit blurrier with each year as masses of physical and online retailers churn out deals by the thousands well before the actual day and long after its over.

Historically, Black Friday has a much darker origin, as the name might suggest. The monicker was born on September 24, 1869, when the U.S. gold market crashed, sending stock markets into a tailspin that left “Wall Street barons and farmers alike” broke – and broken.

But retailers have another story to tell. After a full year of being “in the red”, meaning losing money month after month, retailers typically went “into the black”, making money over the Thanksgiving weekend.

Of course, this is merely tradition so there’s no actual proof that this is why it’s called Black Friday, but you have to admit it’s a much more pleasant story than a stock market crash.

This year is probably loaded with so many deals never before seen. And the best part is, you don’t have to go bargain hunting from store to store. We’d like to make that experience a little more pleasant for you in 2016.

Here are some of the absolute must-have Black Friday apps specially updated for this year’s holiday season.

This one is by far the easiest to use and has some of the best deals we’ve seen this holiday season. The content has been updated for 2016 and the app itself keeps searching for the best deals in multiple categories. Rather than sending you to online offers that are already public, this app finds deals at physical stores, and often makes them available to you even before the store rolls it out. There’s also a related app from the same developer, for digital coupons that you can use to get discounts on items that aren’t usually on sale.

Get it on iTunes for iOS devices

Get it on Google Play for Android devices

This one showcases Black Friday ads, coupons and all the deals near you, and it includes all the big retailers. What I like about this app is that everything comes in an easy to swipe format, and you can accept notifications when new deals are announced so you’re the first to know about them. That’s really useful for when you’re actually in the store and there’s a new discount announced on something you already had on your shopping list.

Get it on iTunes

Get it on Google Play

A lot of people tend to forget that Google is about more than just searching for random information. Google keeps updating its search engine with new features all the time, so use Google Voice to make a note of items you want. That will “live” in Google’s memory until a deal comes along that matches your need. The best thing is, it will help you compare-shop for whatever you need. Just try it out and see for yourself. Personally, I think this is the only app you’ll ever need for holiday shopping. Not only will it show you the best prices, but also the shortest route to get to that store in traffic – yup, Maps!

These are the 3 best Black Friday apps that we would recommend, but you may just need one to find whatever you need, but that depends on how long and hard your list actually is!