PC sales have been declining steadily over the past four years. There was some expectation around PC sales stabilizing this year as Microsoft’s Windows revenue and Intel’s Client Computing Group’s revenue started showing signs of strength in the last few quarters, but that proved to be a false alarm as PC sales continued to decline at 9.6% in the first quarter, 5.2% in the second quarter and 5.7% in the third quarter, according to market research firm Gartner. 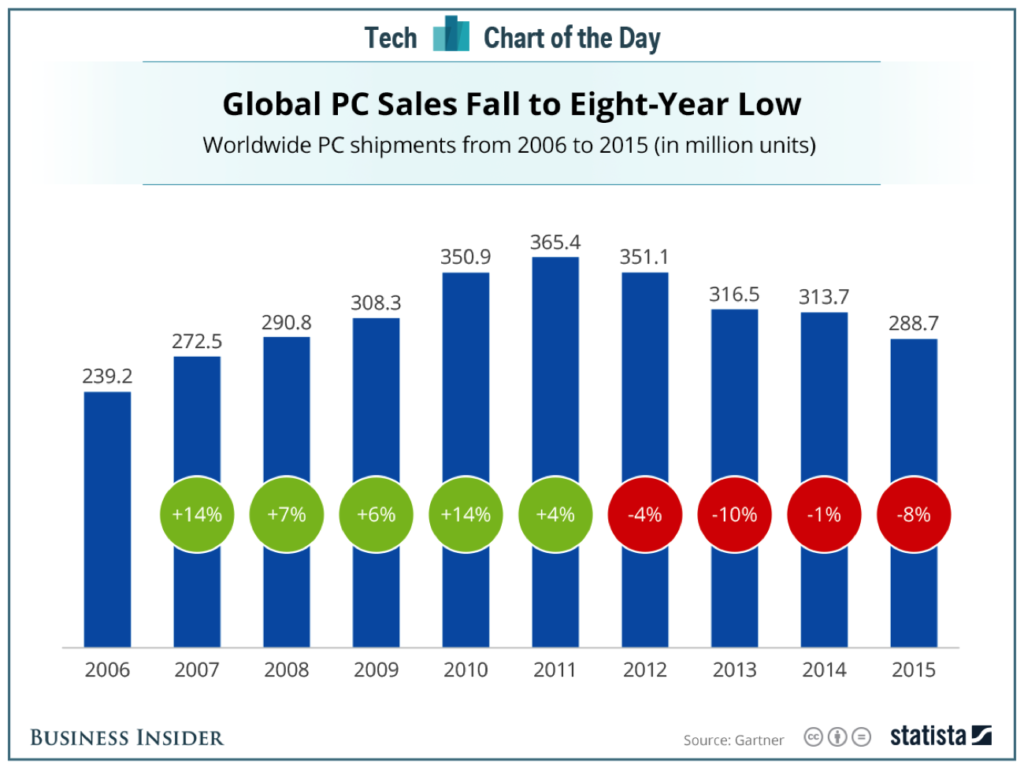 2016 is now well on its way to becoming the fifth consecutive year of PC sales decline, and it’s a reasonable assumption to make that no one really knows when the decline will be arrested. At the root of PC decline lies the robust growth of smartphones, tablets and other mobile devices, which are getting more powerful by the day and reducing our dependence on the humble PC.

These devices, though not yet as powerful as your average PC, are cheaper, highly mobile and more than adequate for browsing, media streaming and social media engagement which make up the bulk of the average internet user’s activities.

Desktops and laptops are increasingly being pushed to the enterprise segment because that’s where the larger screens, more local storage, a full-sized physical keyboard are being used. You can’t expect a developer to write code on a 6-inch smartphone or even a 10-inch tablet, for example. Gamers need the in-depth visual experience that mobile devices just can’t deliver. Designers, architects, accountants and most other professionals still need the screens and input devices that only PCs offer.

So, there’s definitely a continued market for PCs, but not so much in the consumer segment as in the commercial market. As such, the sales decline in the PC market isn’t going to go on forever. It will eventually reach a period of more stable growth.

But as that happens, mobile will continue to grow, as witnessed by the fact that Facebook made 84% of its revenue from ads shown on mobile devices. Back in the third quarter of 2013, only 49% of Facebook’s advertising revenues came from mobile.

What that means is that companies are now focusing more on mobile investments at the expense of PC-based spending. The transition is far from being complete, but we’re definitely seeing the trends set in. 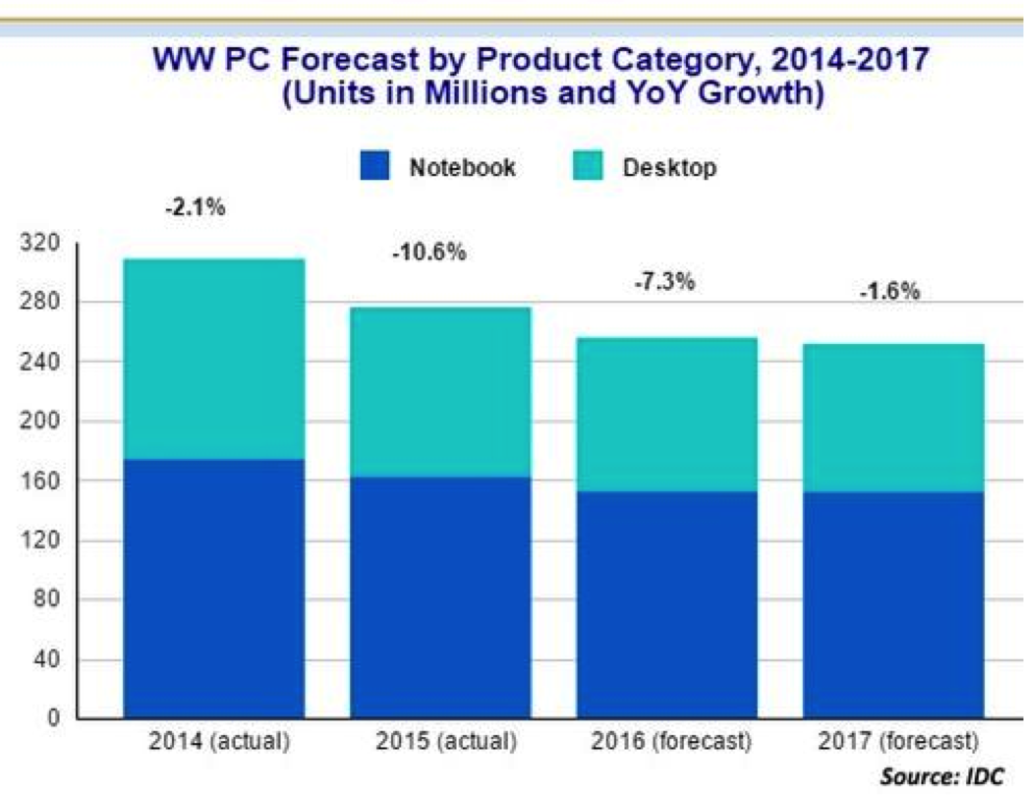 According to IDC, another market research firm of repute, PC sales are expected to decline by 7.3% this year, which now looks like a certainty, and further decline by 1.6% next year. Considering the current pace of decline, the 1.6% decline rate next year should come as somewhat of a relief to an industry that appears to be sinking.

Forgot Your Windows Password? Here Are 2 Easy Ways to Recover It