Apple might not have made it to the Consumer Electronics Show 2017 in Las Vegas, but a ton of newly revealed products are sure to make their way into the ‘accessories for Apple’ market this year.

The one that would probably win hands down is an iPhone 7 and iPhone 7 Plus case from Incipio that revives the 3.5mm audio jack. With a thinnish profile, the Incipio OX case sports a sizable “chin” that lets it accommodate the analog audio jack as well as the Lightning charging port. 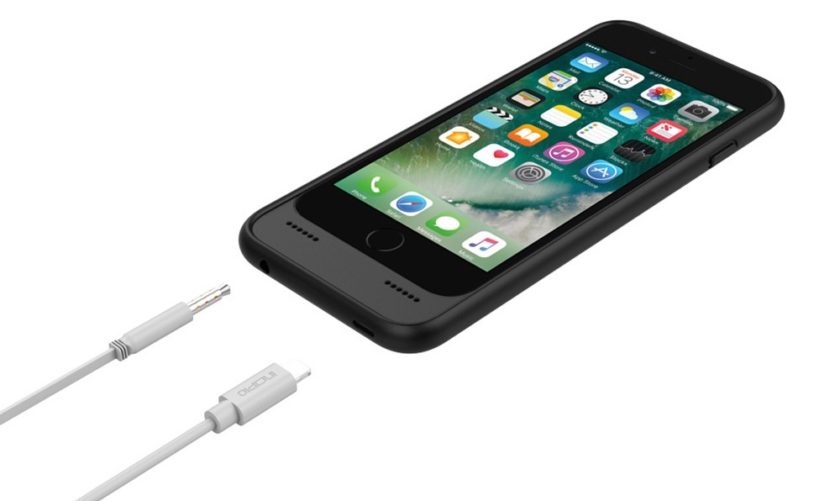 Also from Incipio is the Kiddy Lock case, which blocks the Home Button from being used while locked. It’s perfect for parents of younger kids who allow them to play games but don’t want them accessing other apps or Touch ID. 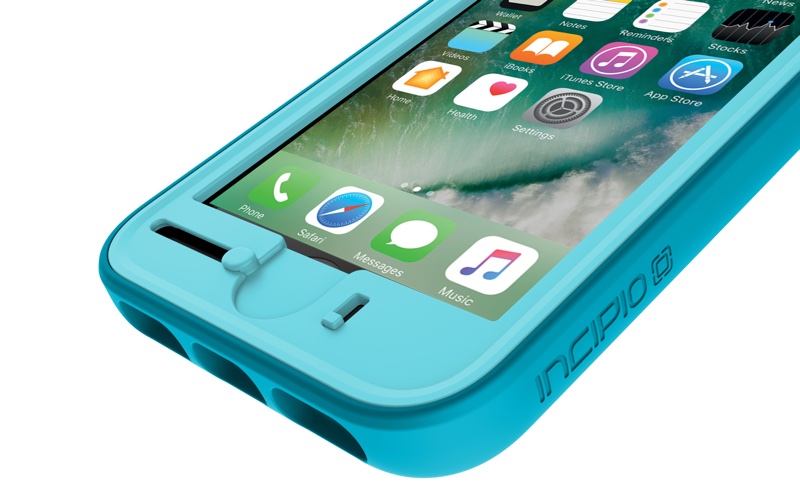 Another great addition to the accessories for Apple list is the BreakSafe cable from Griffith, which basically replaces the MagSafe connector on Apple MacBook and MacBook Pro, and includes a 100W option for the 2016 MacBook Pro. It gives you the same kind of break-away functionality on the USB Type C connector that Apple provides on its older ones.

There are also some great MacBook Pro 2016 docks from Henge Docks. With the Vertical Dock, your new MacBook Pro can be docked right next to a monitor, while the Horizontal Dock automatically connects to your notebook when it feels the pressure. The Horizontal Dock also has 13 ports, including Ethernet, USB-A and HDMI. There’s also a Tethered Dock that acts as a charging station with multiple connection options. This is definitely a must-have in your collection of accessories for Apple products. 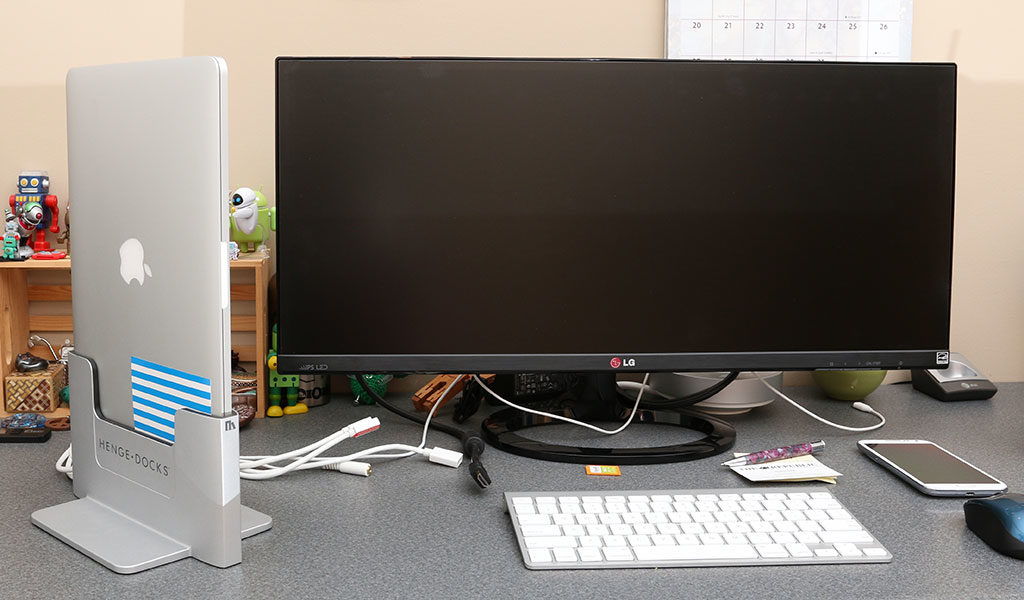 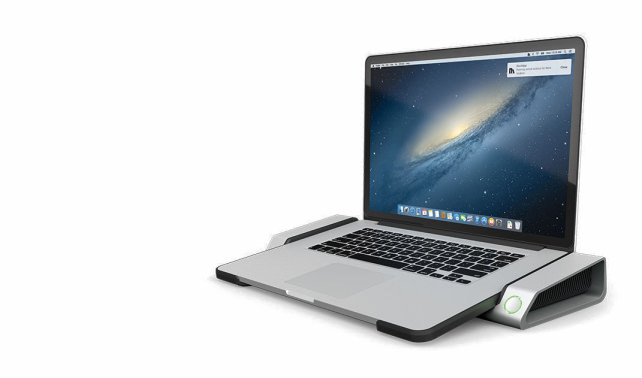 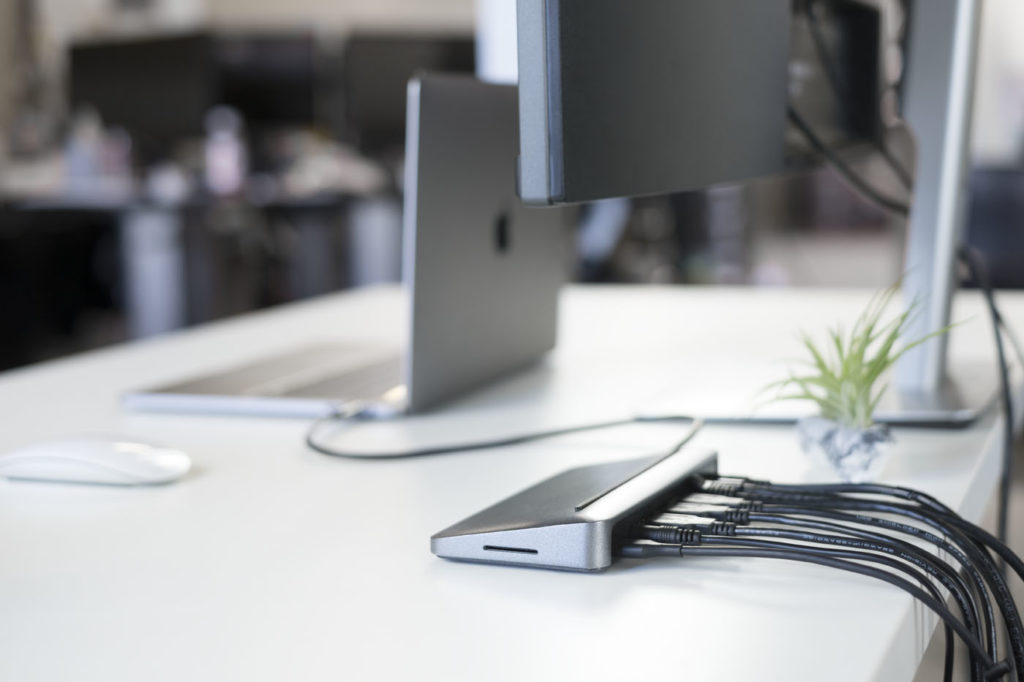 CMRA came out with a custom Apple Watch band that has a front and rear camera on it, which will be a nice add-on to your smart watch.

Another “band” that makes a great smartphone accessory is a smart band that actually turns your hand into a phone that you can talk into! Showcased by the BBC, the band uses conduction to send the audio signal down from your wrist to your fingertips, letting you listen to the call with your finger. The band itself has the microphone, which will be in the right position to pick up your speech when you hold your hand to your ear. Here’s the demo video from BBC:

The band can be fitted on any standard watch strap and paired with your iPhone to bring the ability to make or take a call literally to your fingertips.

Finally, there’s Aurora, a set of Homekit-capable colored lights from NanoLeaf that can be individually controlled using the Aurora app on your iPhone. Coupled with Aurora Rhythm, a sound sensor, the lights can be triggered to change color using sound. It’s much like the sound-triggered lighting you’d see at a concert, but this one fits right into your home and pairs with your iOS app. 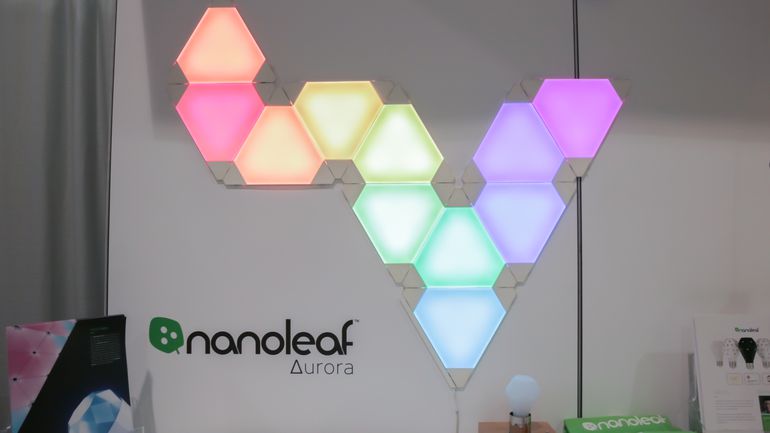 There were lots and lots of hi-tech products showcased this year, and more will be coming through the weekend. Stay tuned for the all-you-can-eat gadgetry fest that is CES 2017.