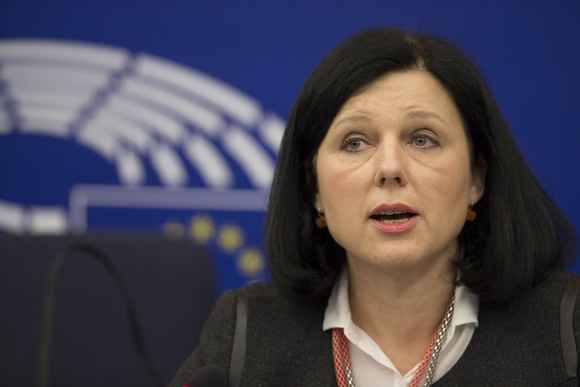 The growth of social media usage around the world has brought some unwanted side effects along with it: the proliferation of scams, fraud, hate and not to forget fake news as well. But despite growing concerns around the misuse of social media, social media companies have done little to address the menace, and remain protected within the confines of their “terms of service,” which invariably dump most of the liability on the user.

To be fair to social media companies, it’s not easy to keep scamsters away when there are billions of users on the application. The effort to stop spam, hacking, malware and viruses will always be an ongoing one, like a cops and robbers game. In this case, as in the other, the bad guys always seem to be one step ahead of the good guys.

In Europe, however, things have taken a turn for the worse – or better, depending on whether you’re the user or the social platform itself. The European Union has given a deadline of one month for social media companies Facebook, Twitter and Google to revise their terms of service or get ready to pay fines for defaulting. The EU kept its focus on addressing two things: change unfair terms and conditions, and actively address fraud and scams on their respective platforms.

“Social media has become part of our daily lives and a majority of Europeans use it regularly. Given the growing importance of online social networks it is time to make sure that our strong EU rules, that are there to protect consumers from unfair practices, are complied with in this sector. It is not acceptable that EU consumers can only call on a court in California to resolve a dispute. Nor can we accept that users are deprived of their right to withdraw from an on-line purchase. Social media companies also need to take more responsibility in addressing scams and fraud happening on their platforms. I want to thank the EU consumer authorities who have worked tirelessly with the Commission on this important issue over the past months. From today, social media companies have one month to come up with solutions to comply with EU rules.”

The most important part of EU’s new rule – and the one that is going to affect social media companies in a big way – is this:

“Social media networks cannot deprive consumers of their right to go to court in their Member State of residence”.

If you make a quick visit to Facebook’s terms of service then you will notice that, in the disputes section, Facebook says this:

“You will resolve any claim, cause of action or dispute (claim) you have with us arising out of or relating to this Statement or Facebook exclusively in the U.S. District Court for the Northern District of California or a state court located in San Mateo County, and you agree to submit to the personal jurisdiction of such courts for the purpose of litigating all such claims. The laws of the State of California will govern this Statement, as well as any claim that might arise between you and us, without regard to conflict of law provisions.”

Twitter’s Terms of Service are no different from Facebook’s:

“The laws of the State of California, excluding its choice of law provisions, will govern these Terms and any dispute that arises between you and Twitter. All disputes related to these Terms or the Services will be brought solely in the federal or state courts located in San Francisco County, California, United States, and you consent to personal jurisdiction and waive any objection as to inconvenient forum.”

This is yet another attempt by the EU to curtail the unrestrained control that social media companies have over their users. It will be interesting to see how these companies will respond to the most powerful regulatory body in one of the most important markets in the world.

You can read the EU press release here.

New EU rules on cryptocurrency could come in early 2018