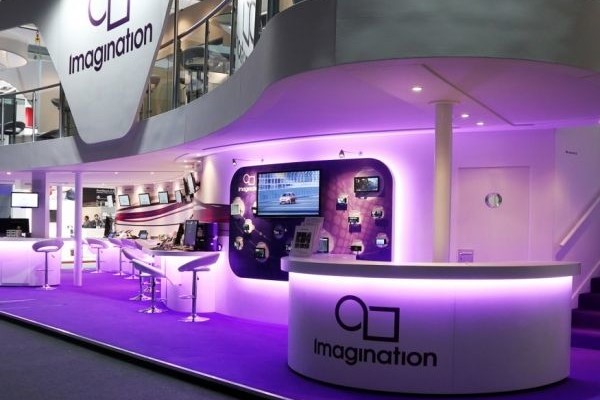 Imagination Technologies, Apple’s vendor for PowerVR graphics processors – GPUs – that you’ll find in the iPhone and iPad, has made public parts of a notification from Apple that in under two years, the smartphone maker will no longer be licensing their technology. Imagination obviously doesn’t find that amusing at all, and says that it “does not accept Apple’s assertions.”

The notification reportedly tells Imagination that Apple is “working on a separate, independent graphics design in order to control its products and will be reducing its future reliance on Imagination’s technology.”

While it’s true that Apple had success with CPU design in the form of ARM-based cores that outperform most of the competition, GPU architecture is a different game altogether. According to a statement by Imagination:

“Apple has not presented any evidence to substantiate its assertion that it will no longer require Imagination’s technology, without violating Imagination’s patents, intellectual property and confidential information. This evidence has been requested by Imagination but Apple has declined to provide it.

Further, Imagination believes that it would be extremely challenging to design a brand new GPU architecture from basics without infringing its intellectual property rights, accordingly Imagination does not accept Apple’s assertions.”

The intriguing part of this standoff between Apple and Imagination is that, if what Apple says it’s true, then they’ve already made significant progress on the GPU front. It’s not likely that Apple would rub a vendor the wrong way this early, at least not without a trump card of some sort in hand.

Imagination does say that it is in the process of discussing “potential alternative commercial arrangements” with the folks at Apple, and that may well indicate a licensing of specific components of the GPU architecture that Apple cannot develop on its own.

As it stands, there are two possible outcomes: One, Apple is on the verge of cracking the GPU code and is attempting to wean itself away from Imagination’s tech over the next 15 to 24 months; or two, Apple wants to bring some of the tech in-house and possibly negotiate a better licensing deal with Imagination  in order to cut costs.

There is a possible third option Apple could take – the same it’s allegedly done with Samsung’s and Nokia’s innovations in the past, which have led to legal embroilment. Imagination has a fraction of the monetary muscle that the likes of Samsung have, but if pushed into a corner it may retaliate with lawsuits, should that third option be taken.

As of now, Imagination Technologies shares have dramatically fallen after the revelation. That’s understandable, considering that Apple’s royalties account for about half of the company’s income.

At this point it’s hard to tell which way the Apple will roll, but if its assertions are true, then we could be looking at a 2019 iPhone with Apple-made CPU and GPU processors.