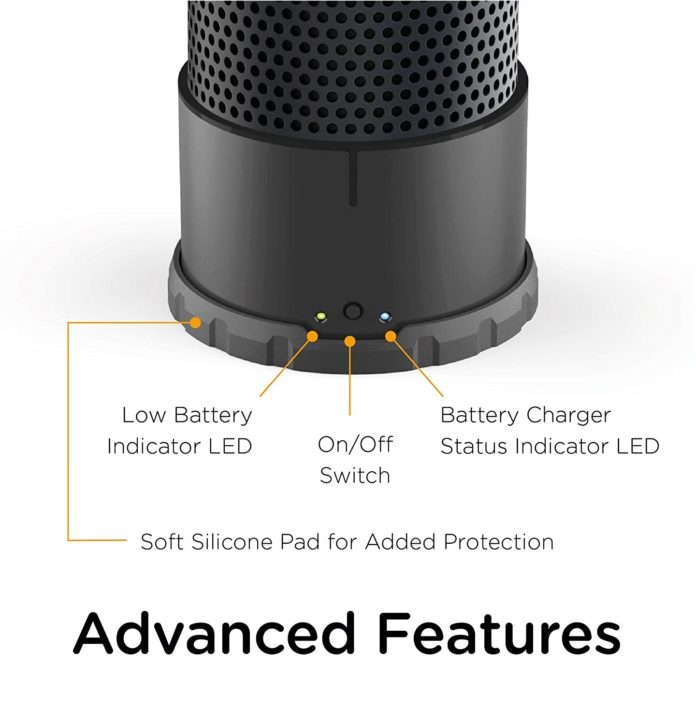 The Amazon Echo has sold more than 10 million units since it was launched in November 2014 for Amazon Prime and invited members, and then the rest of the U.S. the following year, in June 2015, then the UK and Germany in Fall 2016. 10 million is an extremely conservative estimate, considering the fact that Morgan Stanley shows sales of 11 million from mid-2015 and December 1, 2016, calling it “likely too low.”

We’re likely to put it very close to 15 million units sold as of now, but whatever the exact figure, there’s no arguing that Amazon Echo and its successors, Amazon Tap and Echo Dot (and its second generation upgrade) are a major hit with consumers.

But one of the biggest challenges with the Echo is that it is tethered to wall by the power cord all the time. That means it’s not portable. Sure, you can move it from room to room by unplugging and plugging it in again, but it’s not convenient.

Now, there’s a battery base that solves that problem for Amazon Echo users. Simply unplug the cord, attach your Echo device to the base, and you can now move it around anywhere you like without worrying about having a power socket available nearby.

The battery in the base lasts for about six hours, so if you’re having a pool party or you want it by your side when you’re gardening or just somewhere else where there’s no power outlet, this is the ideal solution. And the best part is, you don’t need to buy an extra cord because it uses the same Amazon Echo power cord for charging.

Here’s a video that shows how it works.

You might argue this point: Amazon Tap is portable, so why not just buy one of those? You could do that, but the problem is, you can’t have Amazon Alexa on standby all the time; you’ll have to “tap” the mic button each time you want to give Alexa a voice command or ask for something.

Amazon did push an over-the-air firmware update to Amazon Tap devices so you could go into the Alexa app on your smartphone and enable “Hands-free Mode”, which allows you to get the same functionality as Alexa on the Echo, but it drains power quickly because the mic is always on, not on standby as with the Amazon Echo. 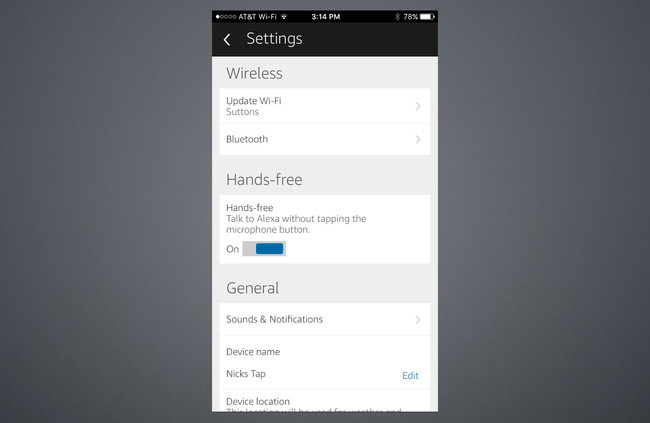 The battery base for Amazon Echo from Mission Cables is one of several competing products, but it’s got better user reviews and has a more solid build. You can get one on Amazon at the link provided below:

Get the Battery Base for Amazon Echo from Mission Cables