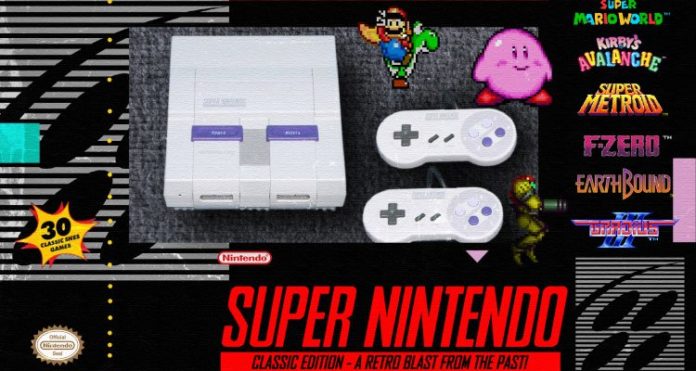 As Nintendo rolls out its plans to discontinue the NES Classic Edition across the world, one market at a time, news has just broken that the company is planning to launch a Mini Super Nintendo Entertainment System Classic Edition for the holiday season 2017.

The report comes from Eurogamer, and could be a clue as to why the NES was so suddenly interrupted. After all, Nintendo has been struggling with manufacturing shortages with the NES for so long that people have gotten used to the “not currently available” messaging from game retailers and online portals. They could have made the non-availability a “business as usual” type of thing and just left it at that. But they made it a point to announce its discontinuation.

But now, as the company prepares to launch yet another classic in the body of the Mini SNES Classic Edition, we’re naturally worried about the Japanese game-maker’s habit of hyping up a product to no end, and then leaving millions of eager buyers holding nothing but their credit cards in their hands for all that waiting.

The problem, of course, was not just with the NES. Nintendo Switch is looking more like a hidden Easter Egg every week as retailers sporadically report availability across the United States and the UK.

And that’s essentially the greatest fear with the announcement of a holiday launch for the Mini SNES Classic Edition. Despite a March release for Nintendo Switch, availability was down almost immediately. If the Mini SNES releases ahead of the holidays, Nintendo better be prepared with millions of units worth of inventory to satisfy core developed markets.

One of the biggest draws in a Nintendo product is its game collection, and nostalgia is a big part of that draw. Millions of people who have played the classics naturally want their hands on new versions, and millennials get caught up in the action as well.

All of that is great news for Nintendo the brand, but what’s the point if Nintendo the company can’t keep up on the production front.

Meanwhile, the report from Eurogamer suggests that development is already underway, which is a good sign because it gives them a solid run up to production time.

In fact, that’s probably why they beat a hasty retreat from attempting to offer any more production runs for the mini NES Classic – they’ve been preparing an early dev-to-production cycle for the mini SNES, which could officially be dubbed the Nintendo Classic Mini: Super Nintendo Entertainment System – quite a mouthful for a little guy!

Let’s just hope there are enough of the the ‘little guy’ to go around.