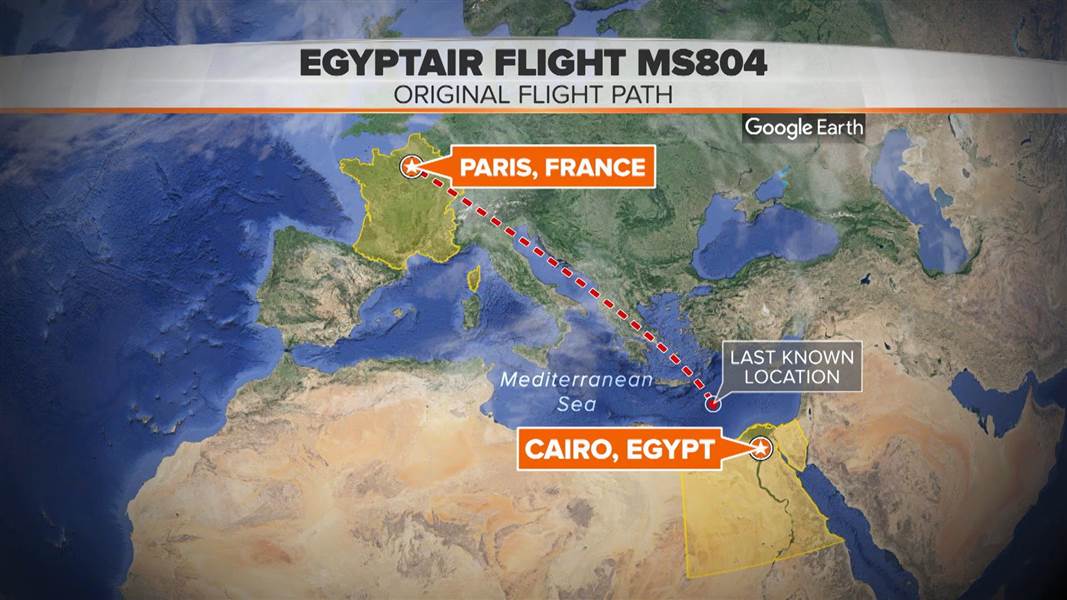 According to a team investigating the EgyptAir crash of last May that killed 66 people, an iPad Mini 4 or iPhone 6s belonging to the co-pilot may have caught fire or exploded after being plugged into the wrong cockpit socket. That’s the working hypothesis for the moment.

The ill-fated EgyptAir flight MS804 was en route to Cairo from Paris when, just as it was about to start its descent coming into Cairo at 37,000 feet, made “sudden swerves” before plummeting 20,000 feet and then dropping into the Mediterranean.

At the time, investigators from the U.S., France and the UK, as well as the Egyptian military, had their own theories about the cause of the accident, and these ranged from the plane being brought down by a ‘Lockerbie-style’ timed bomb to suggestions that it was an ‘inside job’ to a “life or death struggle between hijackers and the crew.”

It later emerged that a desperate attempt was made to put out a fire moments before the crash. That has now led to a probe that assumes that an iPad Mini 4 or iPhone 6s belonging to the first officer was plugged into the instrument panel, overheated and caught fire.

A source close to the French side of the investigation reportedly said:

“Cockpit plugs are not made for toasters or coffee pots. They’re for professional use.

“At this stage, the combustion or self-combustion of a tablet in the cockpit is the working hypothesis.”

That theory clashes with the one about the bomb being placed on the plane at Charles de Gaulle airport, its last port of call before the crash into the Mediterranean Sea.

Apple meanwhile, says that no investigating authority had contacted it regarding the matter, and confirmed that there was no evidence to link the tragedy to its products, adding:

“We rigorously test our products to ensure they meet or exceed international safety standards.”

The real cause is just a mystery, but the evidence (CCTV footage shows that a tablet and a bottle of perfume were placed on the instrument panel of EgyptAir Flight MS804) now points to the Apple device – either an iPhone or the iPad that was seen in the footage – that investigators say was plugged in to an incorrect socket.

iOS 11 is Decidedly Enterprise-friendly, Antithetic to Steve Jobs’ Vision Or No?