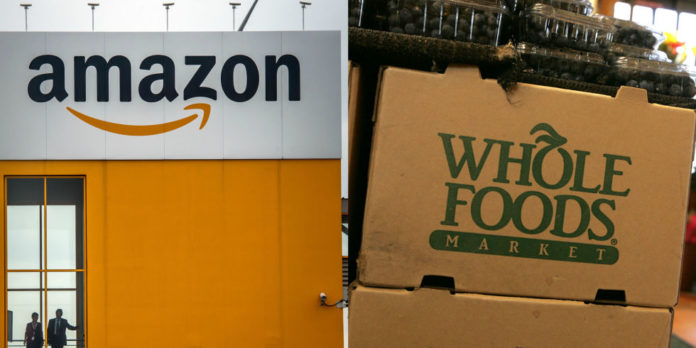 While everyone is busy talking about Amazon agreeing to acquire Whole Foods Market for a whopping $13.7 billion, there’s something else going on in the background on the cloud computing side of things. Whole Foods just happens to be a very big client for Microsoft Azure, a direct competitor to Amazon’s AWS.

Though it might seem obvious for AWS to take things over and start a mass migration from Microsoft Azure, here’s why Amazon isn’t going to look at migrating Whole Foods to AWS right away.

For starters, migrating from one cloud provider to another isn’t an easy job, especially when you have the amount of data that a retail company with 91,000 employees at hundreds of nationwide locations would.

The real challenge is Office 365, not Azure. Amazon can still manage Microsoft’s Azure Active Directory, which it already does as a managed service, but there’s little chance of migrating tens of thousands of users from Office 365. Amazon does have its own tools for team collaboration, productivity and communication, but these are relatively new and have yet to be deployed on such a large scale.

What is more likely to happen is that Amazon won’t even touch the IT division of Whole Foods until it’s time to bring in some additional efficiencies. And that resonates well with what Whole Foods’ IT infrastructure coordinator Will Lamb said:

“We have a goal to reach 1,200 stores in the near future, and anything we can do from a strategic perspective to maximize efficiency is worth its weight in gold in retail.”

The problem is, Whole Foods is probably not in a position to comment on what’s going to happen after the acquisition.

One big consideration is that it simply doesn’t make sense to shake things up at Whole Foods more than is absolutely necessary. Secondly, and more importantly, Amazon’s plan for Whole Foods goes far beyond merely buying another retail brand. It is the “12,000” future stores that Amazon wants and needs, in order to strengthen its physical presence around the United States.

The $800 billion grocery market in the United States is Amazon’s real target with this acquisition. By pooling its own e-commerce capabilities with Whole Foods’ reputation for premium, organic produce and its sheer physical presence, Amazon can create a very powerful grocery delivery system that’s based on online ordering.

Amazon has already been training itself to achieve efficient 1-hour and 2-hour deliveries, and the grocery segment could see some serious disruption by the company over the next several years.

When you look at it from that big-picture perspective, a few million dollars in cloud infrastructure or SaaS revenues lost to Microsoft Azure and Office 365 isn’t going to be very high on Amazon’s list of priorities for Whole Foods right now. Later, perhaps, but not straight away.