Home Entertainment 10 Scientific “Facts” You Thought You Could Bet On: They’re Dead Wrong! 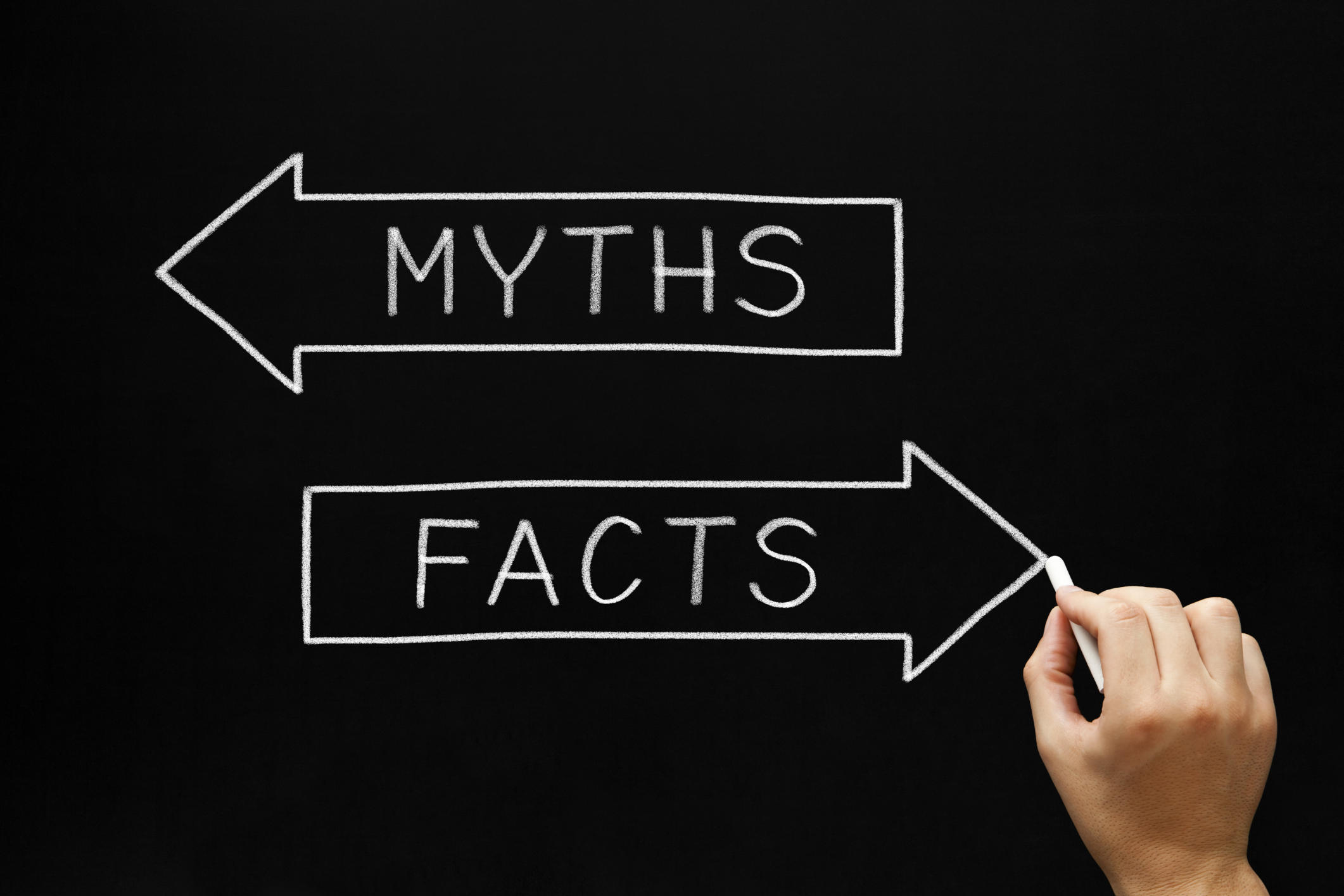 You’ve heard that the dinosaurs became extinct because of volcanoes, right? You’ve probably used it in conversations to impress the ladies, and you believed you were absolutely right because science had proven so. Am I right? Well, they’re dead wrong! It’s mostly a myth. This and other things that science has been telling you were the truth actually couldn’t be further from the truth.

So, what is the truth about these oft-repeated so-called “facts”? Let’s find out.

Myth #1: A volcanic eruption wiped out the dinosaur 65 million years ago

That long-held theory is, in fact, not completely accurate. An earlier theory called the impact theory is now considered to be the likely explanation. That means a meteor or asteroid killed the dinosaurs. In light of the fact that such a crater dating to around 65 million years ago was actually found, we’ll have to go with the impact theory. Nonetheless, some scientists still hold that the extinction of the many forms of dinosaur was a combination of volcano and impact.

Too many of the world’s wars in the last few centuries have been centered on the question of race. The American Civil War, World War II and other major conflicts have highlighted the differences between races more than anything else. You might have heard that different races have significant genetic differences, but that’s nowhere close to the truth. In fact, did you know that the genetic differences between the peoples of African nations are actually greater than the difference between an African and a Eurasian? Go figure! See, we’re not that different after all.

Myth #3: Ulcers are caused due to stress

Not just stress, but untimely meals and other factors have been attributed as being the cause of ulcers. The real truth is, it’s bacteria that’s the real reason for ulcers – a typical strain of bacteria, to be more specific, and the researchers who found that out – Drs. Barry Marshall and Robin Warren of Australia – won the 2005 Nobel Prize for Medicine. And yet, the majority of people are hooked on to the idea that stress causes ulcers. In reality, a simple dose of antibiotics can get rid of your painful ulcers.

Myth #4: Birdbrain! Thanks for the compliment, actually

It’s a myth that birds aren’t all that intelligent. Just because they’re not mammals and in the same genetic “club” as human beings or apes, that doesn’t mean they’re dumb. In fact, one study from 2005 indicated that corvids (crows) and parrots “appear to be cognitively superior to other birds and in many cases even apes.” Wow, the humble crow could actually be smarter than an ape. Who knew?!

Hogwash! Although the theory was floated quite widely that humans evolved from Neanderthals, there’s overwhelming evidence to show that both subspecies co-existed for thousands of years. And guess what? They even had sex with each other, as evidenced by a genome sequencing of Neanderthals by a team of scientists in 2010 who found that most human beings living outside Africa have between 1% and 4% neanderthal DNA.

Myth #6: There’s no water anywhere else except on Earth

This one’s really far out. Literally. Including Mars, there are now several planets and moons where water is known to exist. While that does hint at signs of life, nothing has been found yet. Did you know that Europa, Jupiter’s moon, contains even more water than Earth? Well, NASA says so.

Myth #7: Humans were more evolved and cognitively superior to Neanderthals

It’s been long believed that Neanderthals were “phased out” because humans were superior in many ways: tools, hunting skills and social networks. No, ancient man didn’t have Facebook: we’re talking about actual social networks – physical ones like families and friends. Research done in 2014 has now proved that wrong. So, we didn’t inherit the Earth because we’re smarter or because they were dumb. But don’t be sad. We’re here; they’re not.

Myth #8: Modern man did not evolve in Africa

Genetic evidence has borne out that the Multiregional Theory of human evolution might not be correct. In fact, the Out of Africa Model could be closer to the truth. Basically, hominids evolved into human beings around 200,000 years ago, and it happened in Africa. It wasn’t until 140,000 years later, or 60,000 years ago, that they started migrating to Europe, Asia and other parts of the world, where they further evolved into the many races we see today.

Well Mr. Spielberg, they got you on this one. Dinosaurs actually had colorful feathers, did you know? Even the monstrous and nightmarish Tyrannosaurus rex is more likely to have looked like a Las Vegas showgirl than a giant lizard. Well, almost. Not so scared now, are we?

Myth #10: There aren’t any planets outside our solar system

Wrong. There are billions of planets outside of the 8 or 9 – depending on whether you still consider Pluto as a planet – in our solar system. The first such one, called an exoplanet, was confirmed in 1992. As of 2015 there were 1873 known exoplanets. The current estimate runs into the billions. That means there could be a planet somewhere exactly like Earth; it’s just that we haven’t discovered it yet.

That brings us to the end of what we hope was an interesting presentation of fact versus fiction. Thanks for hanging out with us, and hope to see you again.