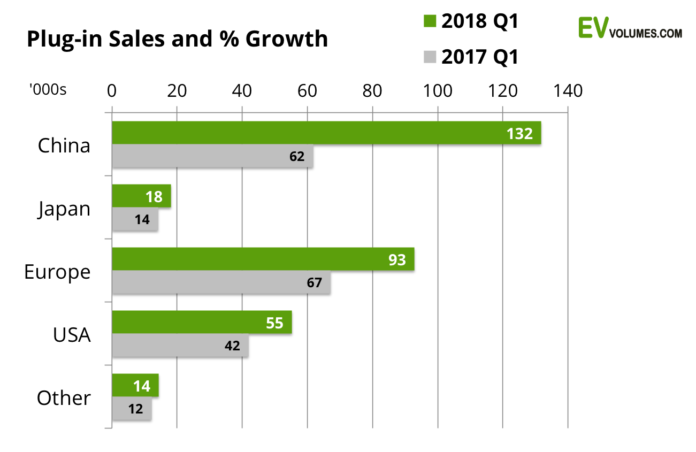 Tesla is well on its way to sourcing the initial $2 billion in funding for the Gigafactory 3 in Shanghai, China. According to people close to the matter, the local Shanghai government is the middle-man in negotiations with at least four state-owned banks to secure funding for the manufacturing unit. The banks are already vetting Tesla as an applicant for said loan, and some of them have already signed NDAs (non-disclosure agreements) with both Tesla and local government authorities in Shanghai.

The total estimate for the factory comes in at about $5 billion, which is more or less in line with what the company planned for the Nevada Gigafactory, but the initial run to 250,000 cars a year capacity will only cost them about $2 billion, per Musk himself. With Chinese authorities backing the deal, we don’t expect the company to face any major hurdles.

Only China Can Help Tesla Achieve Its Ultimate Goal

This new development could offer a clue to how Tesla is cleverly leveraging its new-found Chinese buddies to get to its final objective – an affordable, mass-produced electric car that’s better than any ICE (Internal Combustion Engine) vehicle by price and performance.

To see how this dream can only be achieved in China, let’s take a step back and look at the size of the potential EV segment in major markets like the U.S., Europe and China. To get there, let’s look at the current sales and sales growth of plug-in cars in each of these markets.

Despite the first quarter typically being a little slow for EVs in China because of the new year and delayed subsidies, the 113% growth outstrips Europe and the U.S. The former showed a 38% sales volume growth, while the United States only saw a 30% increase.

While that doesn’t necessarily mean the U.S. is being saturated, it does highlight the gap in the potential between these two markets.

It’s not just this growth variance that showcases China’s potential. Sales volumes are already in the low six digits in China every quarter, versus mid-five-digit growth in the U.S. As for total potential, China produced nearly 25 million cars in 2015. 86% of that was personal passenger cars. While that’s not an accurate representation of the potential for EV sales, it comes pretty close. The remaining 3.4 million commercial vehicles could be an opportunity for Tesla’s expected pickup truck and the giant waiting in the wings – Tesla Semi.

If you still don’t think this is what’s happening, just look at what Tesla is doing in China:

Everything is lining up the way China wants it to, and Tesla is more than happy to cooperate because the sales potential for an EV is more than 500,000, annually (132k for Q1 times four). Two years from now, when cars start to roll out of Gigafactory 3, it could be much bigger. If Tesla makes the cars in China, there won’t be any tariffs. And China may even incentivize its citizens to buy a long-range China-made Tesla Model 3 because it would undoubtedly be best-in-class. So the cost is down and volumes are up, and increasing volumes will push the cost down even further, thereby enlarging the potential market.

Isn’t that the whole point that Musk is trying to make – that a low-cost EV with price and range comparable to the average ICE sedan is a viable plan? Although Musk may have wanted the United States to be the setting for this, China is far more suited to his future plans for cars running on sustainable energy.

Now add Tencent as possibly being in the running for the buyout (the perfect front for the Chinese government?) that Musk is boldly contemplating, and what you have is a coup de grace of sorts by China. Saudi, of course, is an obvious direction to look in for Tesla’s go-private bid, but Tencent is equally qualified with a sub-5% stake and a vested interest in the Chinese EV market.

Privatizing Tesla with the help of Tencent is possibly the best thing that can happen to the EV industry. And it will be a huge win for the Chinese government, which is pushing hard to achieve maximum electrification in the shortest time possible. Tesla’s technological prowess at building high-performance EVs and its experience with Supercharger networks are definitely things that China would want to have on its side at this point.

But if you take a balanced view (which is seldom possible with Tesla), you’ll see that in the bid to go private, both Saudi Arabia and China would be equally unpalatable to Tesla’s American investors.

In a twisted sort of way, that’s a good enough reason as any for Musk to want to take the company down the privatization road. A private company wouldn’t be bound to the demands of public investors clamoring for profits before the company is ready to show any. And the media isn’t helping. Tales of Tesla “burning cash” by the billions have already made many Tesla investors panicky about their positions, but they’re still hanging on to the promise of a lucrative future. If Tesla were private, it wouldn’t have to go through the quarterly pain of justifying its CapEx to a roomful of doubting Thomases.

As a result of this dynamic within the shareholder pool, there’s still one major hurdle that Tesla needs to go through before it can go private – the vote. This is where the rubber hits the road. If the entity is, in fact, Tencent, then we’re going to see more than a little resistance from stockholders. It might be a little less if Saudi interests made the final cut, but it might not. Either way, there’s going to be a stubborn group that’s against any outside entity taking such a big stake in an “American” company. That’s when you’ll see national pride overrule more minor matters such as Tesla’s profitability.

Nevertheless, if Musk was bold enough to address the issue with the board several times over the past week and make this announcement knowing that the SEC will be on his back for not revealing the source of funding, then he’s serious about this.

The question now is whether he can get enough votes to ratify the plan to take Tesla private – China or no China. If it’s China, Saudi or anyone else from outside the U.S., it might make it a little harder to achieve.