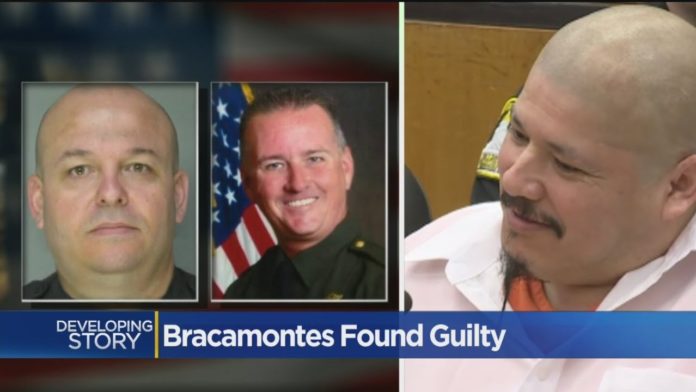 The 53-second anti-immigration ad released by President Donald Trump this week is not only hurtful to immigrants, but is grossly misleading in its content.

Undocumented immigrant Luis Bracamontes is portrayed in the video showing his worst side in court, with the accompanying script saying :”Democrats let him into our country. Democrats let him stay.” Essentially, the video points fingers at the Democratic Party for Trump’s alleged immigrations issue. Unfortunately, as with many of Trump’s claims, the video is misleading and inaccurate.

Bracamontes has been deported by both the Republicans and the Democrats. His last entry into the United States is recorded as being during George W. Bush’s presidency. He was arrested in 1998 on drug charges, but set free “for reasons unknown” by Trump ally and Maricopa County Sheriff, Joe Arpaio.

The fact that Trump used Bracamontes to build a case against immigrants is being considered as racist not only by the Dems, but even some Reps. The ad itself only serves to escalate public fear as we approach the midterm elections. It accomplishes nothing except support Trump’s own immigration agenda in a twisted, illogical way. It is the height of disinformation when the president of the most powerful democracy on earth deliberately misleads his people by sowing the seeds of fear in an otherwise well-integrated multiethnic culture. It reflects shamefully on the office of the POTUS, and is yet another lie-besmirched feather in the man’s already-filthy hat.

Bracamontes has been sentenced to death for his crime; Trump is still president.