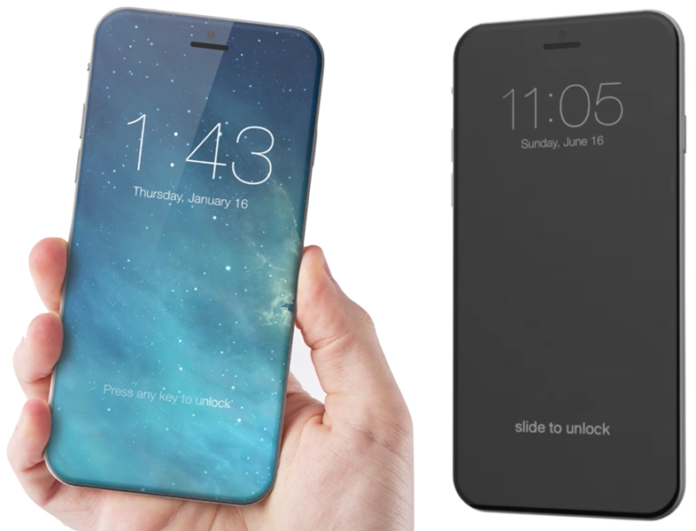 I’m nearly done being excited by the upcoming iPhone 7. I know that it will be a superior device to all existing iPhones, even if only incrementally. But here’s what the head of Apple’s design department has in mind for the iPhone 8. This has always been the dream of Jony Ive, the man behind the iPhone’s design concept.

Before we get into that, let’s look at one of the rumors floating around about the iPhone 7’s home button. It’s from a recent article I wrote called Are These Six iPhone 7 Rumors True?

This one would have been a truly stand-out feature, but the new schematics show that there won’t be a virtual home button that gives haptic feedback (giving you a buzz or vibration to make it feel like you’re pressing something.)

This is a standard feature of most smartphone screens, and a few Samsung models even have it on their virtual navigation buttons that you can turn on or off. Again, not a truly unique feature for the iPhone if there were any plans to have such a feature on the iPhone 7.”

We now know that the iPhone 7 will NOT have a virtual home button, but if Apple were to do away with the iconic button, there will be a good reason behind it. And this is the reason…

Jony Ive has long dreamed of an iPhone with an edge to edge display – top to bottom and left to right – with nothing to interrupt the seamless flow of visual space. So if the iPhone 8 does indeed come out with the full frontal screen with no margins, that would probably be the only reason to do away with the home button. 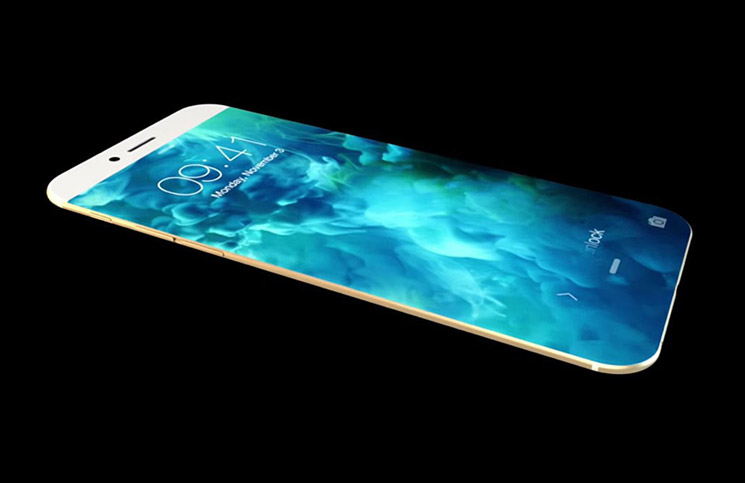 But a single, flawless screen unbroken by a button will also mean a change at the top. The camera and Touch ID will likely be placed inside the display itself. We’re not sure what they intend to do with the top speaker, but it’s likely that’s the only thing that will stay put.

If that’s not enough to make your fingers tingle, here’s another possibility: The iPhone 8 may have a high-end model with a curved OLED display. But we’re not sure this will actually happen because it wouldn’t really be an Apple innovation. LG already has a model from way back in 2013 that has a curved OLED screen, as does Samsung. 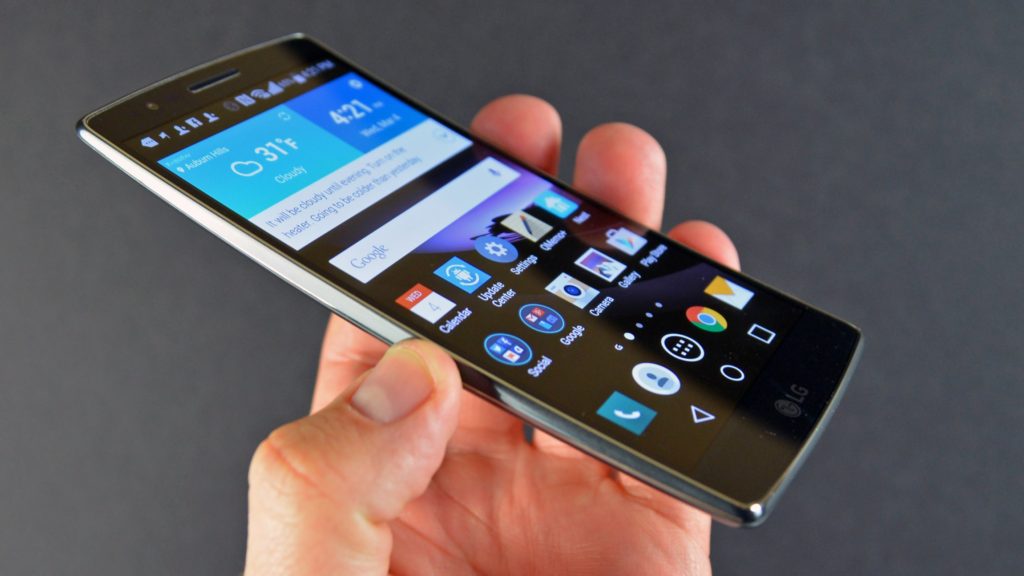 That said, if Apple does use that technology, you can bet they’ll turn it into something stunning.

Nevertheless, I think the single sheet of glass with edge to edge display as well as the disappearing home button should be enough to entice Apple fans to go in for the new iPhone 8 when it does come out. Besides, if Apple’s patent grant is anything to go by, it may well be a great phone for underwater photography.

But the iPhone 8 is more than a year away. For now, Apple is counting on selling at least 79 million units of the iPhone 7. As a company, their sales performance is highly dependent on each new model of iPhone that’s released, and the new iPhone 7 is no exception. More so because Apple’s overall sales have  been on the decline for the past six months.

So let’s just wait for the iPhone 7 and hold our expectations of a one-glass iPhone 8 until next year.